The Story of Brooklyn’s Quarantine Rainbow Connection. On March 16, Marisa Migdal posted in her neighborhood Facebook group with a plea.

The epidemic continues to allow more people to find new fun at home: cooking, reading and DIY. DIY raw materials in the market are favored by everyone. People use home crayons, watercolors, or other paints to draw rainbows on the windows, as a bridge to encourage and communicate with each other. Rainbow logos and colors will become great fashion elements later, perhaps printed on T-shirts or embroidered on clothes. – ruochu

“My two children were getting frustrated with not being able to go to playgrounds or touch anything when we went on walks,” says Migdal, who lives on the border of Cobble Hill and Carroll Gardens. 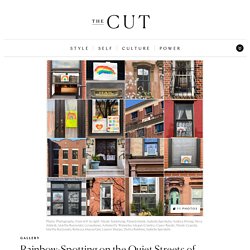 “It wasn’t as fun as fresh air should be.” Someone suggested trying what families in other parts of the world were doing: hanging drawings of rainbows in their windows for kids to spot on their daily walks, like a neighborhoodwide I Spy game. “All of a sudden, I needed help to make a Google Map of everyone participating,” Migdal says. Word got around to Anna Grotzky, another Brooklyn resident, who volunteered to map all the quarantine rainbows in the neighborhood.

Culture - BBC Culture’s coverage during the coronavirus crisis. What is the point of culture in the time of a pandemic?

On the one hand, there is only one, terrible, all-encompassing story. 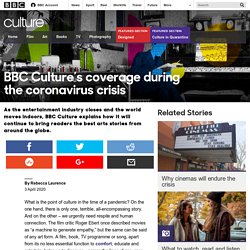 And on the other – we urgently need respite and human connection. The film critic Roger Ebert once described movies as “a machine to generate empathy,” but the same can be said of any art form. Trois façons dont la COVID-19 changera nos vies. 1. 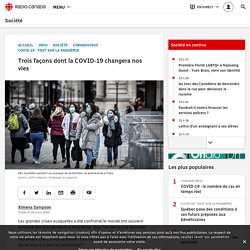 Parasite: the movie of the year uses architecture to talk to everyone. The Kim family, the poor one, is the one we see first, in a horrible apartment; the first thing we see in the movie, the first image, is the frame of a small window in their basement, a high window overlooking the street level, and then the camera moves down to frame the family.

The social gulf makes everyone live under pressure, and many people are affected by their anxiety in their daily lives. Expressing stress and the right way to relax is what everyone is looking for now and in the future. In the field of clothing, there are many clothes that heal people's body and mind through color, graphics and fabric. Future clothing trends will pay more attention to comfort and skin-friendly feeling. – ruochu

We are already low, but we have to go even lower to get to these characters. 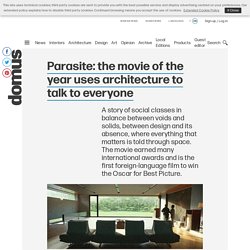 Why did men stop wearing high heels? For generations they have signified femininity and glamour - but a pair of high heels was once an essential accessory for men.

High heels have not been exclusive to women since ancient times. In ancient times, it symbolized kingship and higher status. Now I think it is an essential part of the fashion trend. In the 1960s and 1970s, we were able to see many hermaphrodite fashions, such as YSL women's men's suits and the stage styling of rock singer David Bowie. I think this fashion will return to our lives in the near future, and more people can ignore gender differences. – ruochu

Beautiful, provocative, sexy - high heels may be all these things and more, but even their most ardent fans wouldn't claim they were practical. 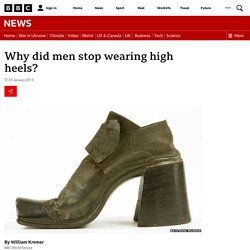 They're no good for hiking or driving. They get stuck in things. Culture - Katharine Hamnett: the original fashion eco-warrior. Bundled up in one of her own recycled-polyester parkas, Katharine Hamnett sits in her studio in London, recounting – in some disbelief – the bidding war she says is currently taking place over the original 58% Don’t Want Pershing T-shirt.

I think the slogan shirt will always exist and will always be a part of fashion in the future. These clothes can show your attitude, your ideas, it can make fashion a political medium. Protest signs will also remain on t-shirts, a protest against mainstream culture and a way for marginalized groups to get noticed.I think the slogan T-shirt will always exist because it gives us the opportunity to express ourselves without speaking,In the high-end fashion field, this trend may not last forever, but the DIY elements in T-shirts and the idea of very quickly conveying a message will continue to exist for many years. – ruochu

“Several museums including MoMA and the Metropolitan want it, so I’m just going put it out to the highest bidder.” 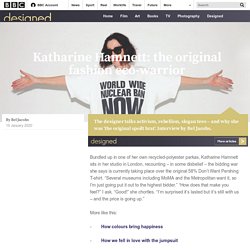 “How does that make you feel?” I ask. Culture - BTS and EXO: The soft power roots of K-pop. GeumHyok Kim loves South Korean dramas, especially historical shows like Dae Jang Geum (Jewel in the Palace).

South Korea's strong cultural exports have influenced fashion trends around the world for nearly two decades. Whether you're white or black, people are drawn to south Korean soap operas and singing groups. As for future trends, I think Korean culture will continue to influence them, such as the style of dressing and dressing in soap operas, as well as the makeup and hair of the stars, and the costumes of various groups on the stage，The Korean clothing industry will continue to flourish, and the public will continue to imitate and follow Korean fashion. – ruochu

He used to watch them every day, and would also repeatedly watch music videos of South Korean pop groups like Girls’ Generation. 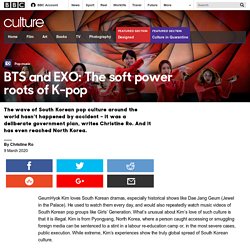 What’s unusual about Kim’s love of such culture is that it is illegal. Culture - How ballet has inspired fashion. With their mutual love of beauty, elegance and performance, fashion and ballet have long seemed perfect partners. 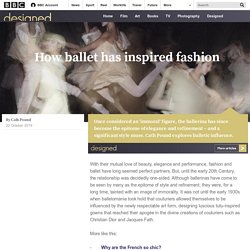 But, until the early 20th Century, the relationship was decidedly one-sided. Although ballerinas have come to be seen by many as the epitome of style and refinement, they were, for a long time, tainted with an image of immorality. It was not until the early 1930s when balletomania took hold that couturiers allowed themselves to be influenced by the newly respectable art form, designing luscious tutu-inspired gowns that reached their apogée in the divine creations of couturiers such as Christian Dior and Jacques Fath. The History of the Color Blue: From Ancient Egypt to New Discoveries. The color blue is associated with two of Earth’s greatest natural features: the sky and the ocean. 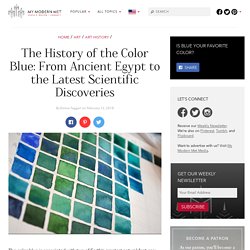 But that wasn’t always the case. Some scientists believe that the earliest humans were actually colorblind and could only recognize black, white, red, and only later yellow and green. As a result, early humans with no concept of the color blue simply had no words to describe it. Khloé Kardashian Posts Absurd Febreze Sponsored Content. Photo: Courtesy of @khloekardashian/Instagram Khloé Kardashian’s house must smell truly remarkable. 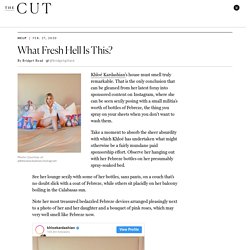 Photo: Getty Images You know that headband you have? The really thick one that goes on top of your head? Have you ever thought about wearing it … upside down? Like on the back of your head, instead of on the front of it. BeautyCounter Has A New Documentary About Mica. Photo: Robyn Jamieson/Getty Images/iStockphoto Almost anything shiny in your life probably contains mica, a mineral that often appears in cars, house paints, and jewelry.

N the fast fashion market, manpower is the least cost part of the cost. After reading this article, it reminded me of a documentary: the real cost. I think there are fewer and fewer people now resisting fast fashion. But in this impetuous society, people often still pay attention to appearance, which makes many people have to choose clothes from fast fashion brands. Consumer behavior is more difficult to change, so I think the company ’s decision is the most important. If more and more consumers know their true manufacturing process and costs, they may not pay. – ruochu

It’s also a main ingredient in any beauty products purported to give you “glow,” like eye shadow, highlighter, lip gloss, and more. According to a 2018 Marie Claire article, 18 percent of the mica mined globally goes into beauty products — and much of it may be unethically sourced. Previous reporting from NBC News and Refinery29 has shown that mica has been mined by children in places like Madagascar and India. Apparently, I’m Too Fat to Ski. The author, a former downhill ski racer, at 19. Photo: Marielle Terhart I’ve always wondered why “bikini season” is the only time of year synonymous with size-based self-loathing. Seriously, have you tried being fat in winter? I speak as an expert: I know the true desperation that comes with trying to find plus-size snow pants.

I have wept in a sporting goods store, with the temperatures dropping outside and a romantic getaway that required a ski jacket on the horizon. Bubble_T Had a Lunar New Year Party at Elsewhere in Brooklyn. What started as a need for more queer Asian representation in New York nightlife has quickly turned into one of the most fashionable parties in the city.

Three years ago Bubble_T was just an underground party scene. Now it’s a movement and home for a large, close-knit community of self-dubbed “Slaysians.” To ring in the Year of the Rat, Bubble_T returned to its Brooklyn roots by throwing a party called “RAT_ROYAL_T.” The Brand Turning 3D Art Into High Fashion.