(1) The Hidden Secrets Of Islamic Architecture. A Journey to the real meaning of Hijrah. The Hijri CalendarThe Hijri calendar was established by the second rightly guided Caliph and the Prophet’s close Companion, Umar Ibn al-Khattab, in 637/638 AD. 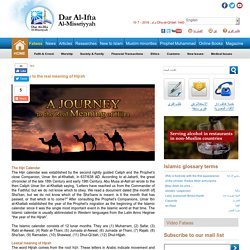 According to al-Jabarti, the great chronicler of the late 18th Century and early 19th Century, Abu Musa al-Ash’ari wrote to the then Caliph Umar Ibn al-Khattab saying, “Letters have reached us from the Commander of the Faithful, but we do not know which to obey. We read a document dated [the month of] Sha'ban, but we do not know which of the Sha'bans is meant: is it the month that has passed, or that which is to come?

" TheQURANHowitwasRevealedandCompiled. Quotes And Verses From The Holy Quran. Holy Quran English. Islam and Freemasonry. Assalaamo Alaikum, that is, peace be with you! 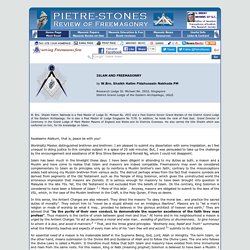 Worshipful Master, distinguished brethren and brethren: I am pleased to submit my dissertation with some trepidation, as I feel unequal to doing justice to this complex subject in a space of 20 odd minutes. But, I was persuaded to take up the challenge by the encouragement and assistance of W Bros Shiva Banerjee and Ronald Ng, whom I could not disappoint. Islam has been much in the limelight these days. I have been diligent in attending to my duties as both, a mason and a Muslim and have come to realise that Islam and masonry are indeed compatible.

Freemasonry may even be considered complementary to Islam as its principles only go to reinforce a Muslim brother’s own faith; contrary to the misconceptions widely held among my Muslim brethren from various sects. In this sense, the Antient Charges are also relevant. An essential need of a mason is his inalienable belief in the Supreme Being, God, Lord, Allah or Almighty. Thank you! References: Who built the Dome of the Rock and the Al-Aqsa Mosque? hidden truth? Geneology of ISIS - culture table. Practical Sufism and Philosophical Sufism. Seyyedeh Dr. 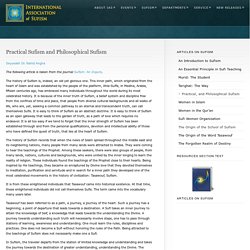 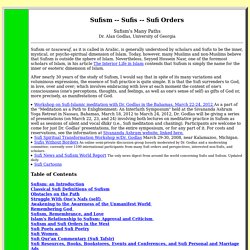 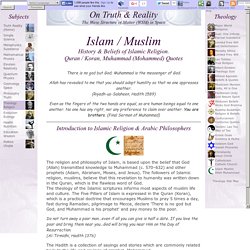 Allah has revealed to me that you should adopt humility so that no one oppresses another. (Riyadh-us-Salaheen, Hadith 1589) Even as the fingers of the two hands are equal, so are human beings equal to one another. No one has any right, nor any preference to claim over another. You are brothers. Introduction to Islamic Religion & Arabic Philosophers The religion and philosophy of Islam, is based upon the belief that God (Allah) transmitted knowledge to Muhammad (c. 570–632) and other prophets (Adam, Abraham, Moses, and Jesus). Do not turn away a poor man...even if all you can give is half a date. The Hadith is a collection of sayings and stories which are commonly related back to the life and sayings of prophet, Mohammed. With such a strong foundation in revelation and prophets of God, Islamic philosophy benefited in the eighth century a.d. by the translations of ancient Greek philosophy into Arabic. 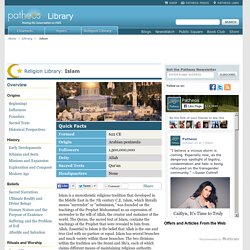 Islam, which literally means "surrender" or "submission," was founded on the teachings of the Prophet Muhammad as an expression of surrender to the will of Allah, the creator and sustainer of the world. The Quran, the sacred text of Islam, contains the teachings of the Prophet that were revealed to him from Allah. Essential to Islam is the belief that Allah is the one and true God with no partner or equal. Islam has several branches and much variety within those branches. 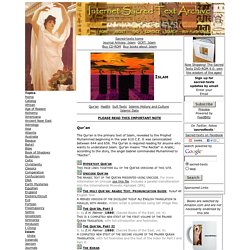 It was canonicalized between 644 and 656. The Qur'an is required reading for anyone who wants to understand Islam. Hypertext Qur'anThis page links together all of the Qur'an versions at this site. Unicode Qur'anThe Arabic text of the Qur'an presented using Unicode. The Holy Qur'an: Arabic Text, Pronunciation Guide, Yusuf Ali English TextA merged version of the excellent Yusuf Ali English translation in parallel with Arabic.