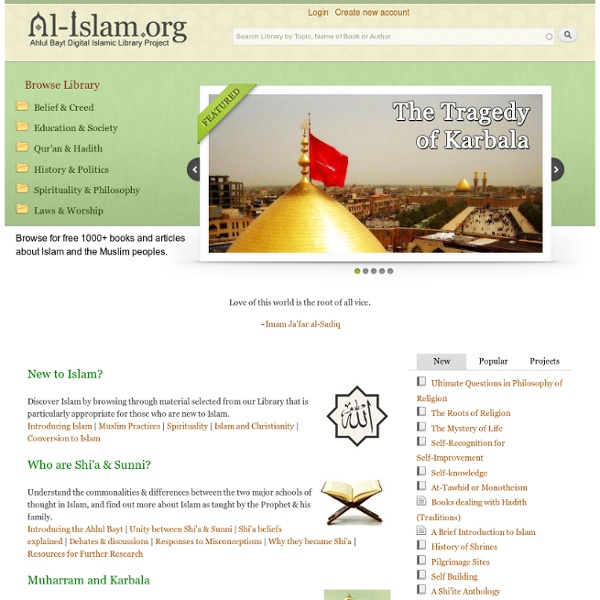 Islam Guide: A Brief Illustrated Guide to Understanding Islam, Muslims, & the Quran Jannah Jannah (Arabic: جنّة‎ Jannah), an eternal place for Muslims, is the Islamic conception of paradise. The Arabic word Jannah is a shortened version meaning simply "Garden". According to Islamic eschatology, after death, one will reside in the grave until the appointed resurrection on Yawm al-Qiyāmah. Paradise itself is commonly described in the Qur'an. Descriptions of Paradise[edit] The descriptions of paradise are mentioned in significant detail in the Qur'an, hadiths and traditional tafsīr (exegesis). Gardens of perpetual bliss: they shall enter there, as well as the righteous among their fathers, their spouses, and their offspring: and angels shall enter unto them from every gate (with the salutation): "Peace unto you for that ye persevered in patience! The Islamic texts describes life for its immortal inhabitants as: one that is happy — without hurt, sorrow, fear or shame — where every wish is fulfilled. One day in paradise is considered equal to a thousand years on earth.

The American Muslim (TAM) SION: Hate Groups Unite to Form an International Hate Coalition by Sheila Musaji David Duke attempted to re-image the KKK as a “moderate” group who are simply proud of their race. Duke attempted to tone down his rhetoric and present the KKK using positive terms. Duke, and a number of other Klan leaders, denied being racist, but expressed concern about whites being in danger of losing their culture from an onslaught of Blacks and non-European immigrants. Taking a page from this attempt to re-image hatred, a core group of Islamophobes is trying to camouflage their ideology by using and abusing terms like “freedom fighters”, “truth tellers”, and “patriots” to cover their extremism and hatred. International hate groups have just announced that they are uniting in a global anti-Muslim coalition. These groups like the “new” Klan define themselves in positive terms. Here is what SION says about itself: How do Geller’s own readers understand this announcement? Who are the SION leaders? D.L.

Allah's Quran - Quran - A Guidance Without Doubt Islam: Making a True Difference in the World - One Body at a Time Farmer Jim's Blog » Muslim Faith Qur’an (Koran) Truth one moment please Onced you receive this information, you will realize what I have been teaching is Truth and nothing but the Truth! America is in danger and our president or congress does not care about the people of the United States. Share this with your friends, family and loved ones. Walid Shoebat’s Ex-Terrorists speaking tour, moderated by US General Paul Vallely, addresses UCLA. Other Articles on Islamic Faith – Muslim Faith *** Documented TRUTH! TRUTH of Islamic Religious Conquest What Islamic Sharia Law Will Bring to America! Islam: What the West Needs to Know