La lattoferrina: una potente difesa antivirale - RobertoGava.it. Manipulation of the Fascial System Applied During Acute Inflammation of the Connective Tissue of the Thoracolumbar Region Affects Transforming Growth Factor-β1 and Interleukin-4 Levels: Experimental Study in Mice. Introduction Fascia is a connective tissue composed of collagen fibers (Willard et al., 2012) that enables sliding between surfaces (Langevin et al., 2011); it is known that it has an important role in locomotion withal, as it acts as a transmission force mechanism between adjacent synergist and antagonistic muscles (Garfin et al., 1981). 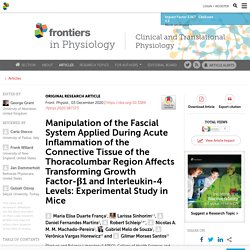 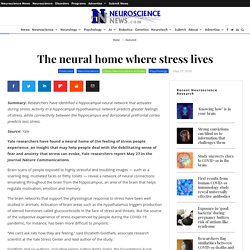 Activity in a hippocampal-hypothalamus network predicts greater feelings of stress, while connectivity between the hippocampus and dorsolateral prefrontal cortex predicts less stress. Source: Yale Yale researchers have found a neural home of the feeling of stress people experience, an insight that may help people deal with the debilitating sense of fear and anxiety that stress can evoke, Yale researchers report May 27 in the journal Nature Communications. Brain scans of people exposed to highly stressful and troubling images — such as a snarling dog, mutilated faces or filthy toilets — reveal a network of neural connections emanating throughout the brain from the hippocampus, an area of the brain that helps regulate motivation, emotion and memory. 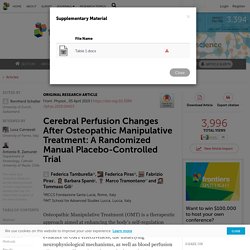 These models (biomechanical, respiratory/circulatory, neurological, biopsychosocial, and bioenergetic) are typically used in combination to provide a framework for interpreting the significance of a somatic dysfunction (ICD-10 Clinical Modification, 2010) guiding the osteopath through diagnosis and treatment. The OMT techniques are mainly focused on correcting the somatic dysfunctions using articular and myofascial techniques, balanced ligamentous tension and osteopathy in the cranial field. Despite the evidence of OMT effectiveness, the neurophysiological mechanisms underlying clinical improvements are poorly understood.

The Other Side of the Fascia: Visceral Fascia, Part 2. I Now Suspect the Vagus Nerve Is the Key to Well-being. Have you ever read something a million times only to one day, for no apparent reason, think “Wait, what is that?” This happened to me the other day for “the vagus nerve.” I kept coming across it in relation to deep breathing and mental calmness: “Breathing deeply,” Katie Brindle writes in her new book Yang Sheng: The Art of Chinese Self-Healing, “immediately relaxes the body because it stimulates the vagus nerve, which runs from the neck to the abdomen and is in charge of turning off the ‘fight or flight’ reflex.” Also: “Stimulating the vagus nerve,” per a recent Harvard Health blog post, “activates your relaxation response, reducing your heart rate and blood pressure.” And: Deep breathing “turns on the vagus nerve enough that it acts as a brake on the stress response,” as an integrative medicine researcher told the Cut last year.

The Other Side of the Fascia: The Smooth Muscle Part 1. Cerebral Perfusion Changes After Osteopathic Manipulative Treatment: A Randomized Manual Placebo-Controlled Trial. Introduction Osteopathic Manipulative Treatment (OMT) is a therapeutic approach aimed at enhancing body’s self-regulation aligned with the principles of practice and application of five models of the structure-function relationship (Thomson et al., 2011; Lunghi et al., 2016; Hruby et al., 2017). 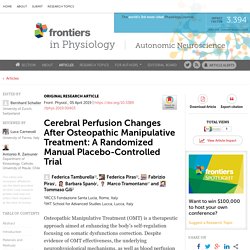 These models (biomechanical, respiratory/circulatory, neurological, biopsychosocial, and bioenergetic) are typically used in combination to provide a framework for interpreting the significance of a somatic dysfunction (ICD-10 Clinical Modification, 2010) guiding the osteopath through diagnosis and treatment. The OMT techniques are mainly focused on correcting the somatic dysfunctions using articular and myofascial techniques, balanced ligamentous tension and osteopathy in the cranial field.

Despite the evidence of OMT effectiveness, the neurophysiological mechanisms underlying clinical improvements are poorly understood. Adrenal Fatigue: 'Just a Myth'? Get unlimited access on Medscape. 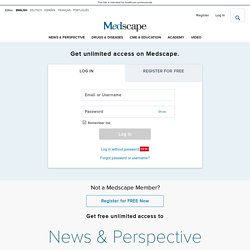 Not a Medscape Member? Get free unlimited access to Breaking News Business of Medicine Expert Perspective Breaking News Stay informed on the latest advances in medical literature, by regulatory agencies like the FDA, and from 200+ medical conferences worldwide. 1000 Years of Osteopathy. Why Self-Regulation Is the Most Important Thing in the World. As a therapist who specializes in treating complex posttraumatic stress, I am often asked whether my practice is “depressing,” or whether it brings me down. 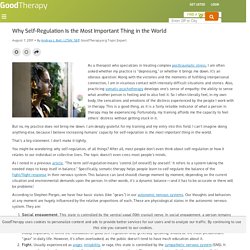 It’s an obvious question: Along with the victories and the moments of fulfilling interpersonal connection, I am in vicarious contact with intensely difficult situations and stories. Also, practicing somatic psychotherapy develops one’s sense of empathy: the ability to sense what another person is feeling and to also feel it. So I often literally feel, in my own body, the sensations and emotions of the distress experienced by the people I work with in therapy.

This is a good thing, as it is a fairly reliable indicator of what a person in therapy may be experiencing. Fortunately, my training affords me the capacity to feel others’ distress without getting stuck in it. But no, my practice does not bring me down. That’s a big statement. Manipulation techniques for infant torticollis. Torticollis is the collective term for asymmetries of the head and neck region. 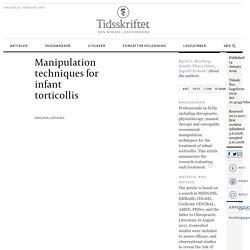 The prevalence of congenital muscular torticollis, which is often accompanied by asymmetric head shape, is estimated at about 1 % (1). A greater number of infants, around 10 % of all those under six months, have an asymmetric head shape that may be related to restricted range of motion of the neck and to a positional preference when supine (2). Figures from Statistics Norway and the Norwegian Health Economics Administration show that approximately 8 % of all Norwegian infants are taken to manual therapists in their first year, often due to head and neck-related asymmetries (3). Vagal nerve stimulation releases vasoactive intestinal peptide which significantly increases coronary artery blood flow. 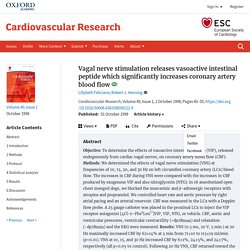 Anatomy, Abdomen and Pelvis, Quadratus Lumborum - StatPearls - NCBI Bookshelf. What Is the Molecular Signature of Mind–Body Interventions? A Systematic Review of Gene Expression Changes Induced by Meditation and Related Practices. Introduction In the past two decades, mind–body interventions (MBIs; refer to Table A1 for a list of abbreviations frequently used throughout this paper) have been gaining empirical support and recognition by mental health professionals. 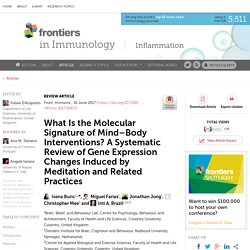 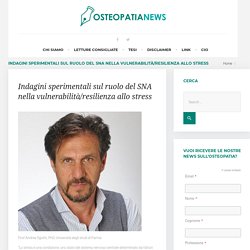 A Vagus Nerve Survival Guide to Combat Fight-or-Flight Urges. Medically accurate illustration of the vagus nerve. Source: Sebastian Kaulitzki/Shutterstock All too often, the readily accessible power of the vagus nerve to lower anxiety and reduce inflammation is overlooked and underestimated. Over the years, I’ve written a wide range of Psychology Today blog posts that highlight practical ways to tap into the ability of your vagus nerve to combat the cortisol producing stress response of fight-or-flight.