Dead Sea Guide. Welcome to Jordan Tourism Board > Home. Himalayas. The Himalayas ~ Himalayas Facts. Yangtze River China: Facts, History, Attractions with Cruise Tours. Winding about 3,964 miles, Yangtze River is the largest in China and the third largest in the world after the Nile in Africa and the Amazon in South America. 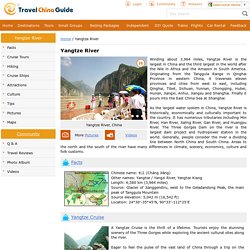 Originating from the Tanggula Range in Qinghai Province in western China, it traverses eleven provinces and cities from west to east, including Qinghai, Tibet, Sichuan, Yunnan, Chongqing, Hubei, Hunan, Jiangxi, Anhui, Jiangsu and Shanghai. Finally it pours into the East China Sea at Shanghai. Yangtze River. 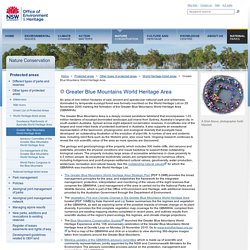 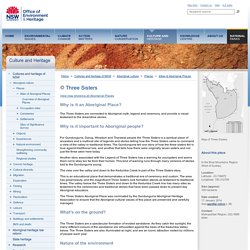 The Three Sisters are connected to Aboriginal myth, legend and ceremony, and provide a visual testament to the dreamtime stories. Why is it important to Aboriginal people? Visit 12 Apostles. Coastal Geology Visitors to this coast are humbled by a seascape that is both ancient in design and dynamic in form. 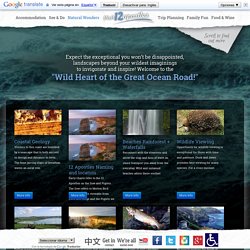 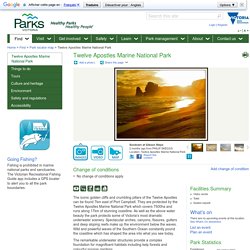 They are protected by the Twelve Apostles Marine National Park which covers 7500ha and runs along 17km of stunning coastline. As well as the above water beauty the park protects some of Victoria’s most dramatic underwater scenery. Katherine Gorge: The Wonder and Splendour of Katherine Gorge. The natural beauty and wonder of Katherine Gorge, renamed Nitmiluk Gorge, is located in the Northern Territory of Australia in Nitmiluk National Park. 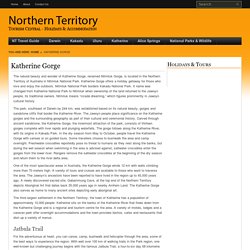 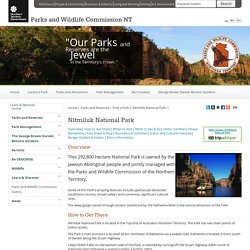 Some of this Park's amazing features include spectacular dissected sandstone country, broad valleys and numerous, significant cultural sites. The deep gorge carved through ancient sandstone by the Katherine River is the central attraction of the Park. How to Get There Nitmiluk National Park is located in the Top End of Australia's Northern Territory. The Park's main entrance is located 30 km northeast of Katherine via a sealed road. Daintree World Heritage area information. Daintree National Park (Department of National Parks, Sport and Racing) Camping area hosts needed! 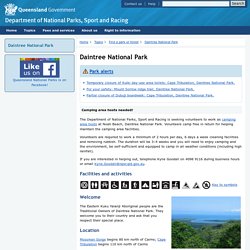 The Department of National Parks, Sport and Racing is seeking volunteers to work as camping area hosts ( ) at Noah Beach, Daintree National Park. Volunteers camp free in return for helping maintain the camping area facilities. Volunteers are required to work a minimum of 2 hours per day, 6 days a week cleaning facilities and removing rubbish. The duration will be 3–4 weeks and you will need to enjoy camping and the environment, be self-sufficient and equipped to camp in all weather conditions (including high rainfall).

If you are interested in helping out, telephone Kylie Goodall on 4098 9116 during business hours or email Kylie.Goodall@npsr.qld.gov.au ( mailto:Kylie.Goodall@npsr.qld.gov.au ). Bald Rock National Park. Minutes from the Northern Tablelands in New South Wales, granite gardens scatter across picturesque walks, leading to awe-inspiring lookouts over boundless countryside. 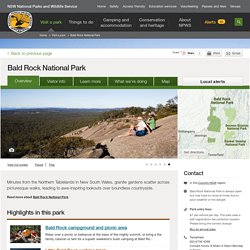 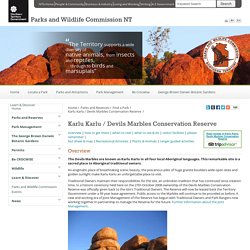 This remarkable site is a sacred place to Aboriginal traditional owners. An enigmatic place of breathtaking scenic beauty, the precarious piles of huge granite boulders wide open skies and golden sunlight make Karlu Karlu an unforgettable place to visit. Traditional Owners maintain their responsibilities for the site, an unbroken tradition that has continued since creation time. In a historic ceremony held here on the 27th October 2008 ownership of the Devils Marbles Conservation Reserve was officially given back to the site's Traditional Owners. How to Get There This 1,802 hectare Reserve extends along both sides of the Stuart Highway approximately 393 km north of Alice Springs.

Wave Rock, Western Australia Wave Rock is on the northern face of Hyden Rock, situated near the town of Hyden, and 120 km east of Perth, Western Australia. It is 11- 12 m high (different heights are stated by different authors) and 110 m long. Wave Rock, Hyden, Western Australia. Mount Fuji. Mount Fuji. Krakatoa. Volcanoes Witness Account The Volcano That Shook the World: Krakatoa 1883 Sunday, August 26, 1883 It was an especially lovely afternoon in Anjer, a small seaside town on the island of Java. Children played on sparkling white beaches. Palm trees whispered in the breeze. Ring of Fire. How Volcanoes Work - Krakatau, Indonesia.