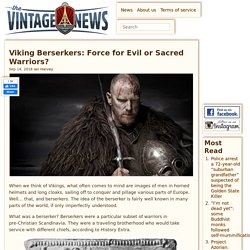 Well… that, and berserkers. The idea of the berserker is fairly well known in many parts of the world, if only imperfectly understood. What was a berserker? Berserkers were a particular subset of warriors in pre-Christian Scandinavia. They were a traveling brotherhood who would take service with different chiefs, according to History Extra. Torslunda helmet a one-eyed weapon dancer followed by a berserker. They usually were used in small groups, often about 12, in addition to the regular guard or army.

Berserkers were elite shock troops, highly coveted, but difficult to control, since they fought in a state of battle rage which made them both nearly supernaturally strong and fierce, but also dangerous. Ulfhednar. Is this a fair and accurate portrayal? Check out 10 interesting things you may not know about the Vikings here: (5) Lord of the Noose: Odin and the Dead. (2) Berserkers (Berserkir) and Úlfhéðnar. Myths and legends from Switzerland. Fear of life's unpredictability Most of these tales "have their roots in a fear of the unpredictability we face in life," wrote Alexandre Daguet in 1872 in his Traditions et légendes de la Suisse romande ['Traditions and legends from French-speaking Switzerland']. 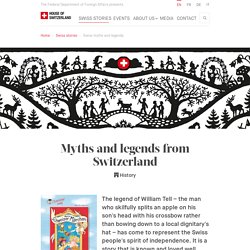 For example, the mountain peak Les Diablerets ['the abodes of devils'] between the cantons of Vaud and Valais is named after the evil spirits said to have roamed there, playing skittles with the towering rocks – one of which is known as the 'Quille du Diable' ['devil's skittle']. Illustrator Denis Kormann, an avid lover of the mountains in Valais, was inspired by the "spectacular visual potential" of the Alpine landscape to create the recently published Mon grand livre de contes et légendes suisses ['My big book of Swiss legends and fairy tales'] (Helvetiq, 2017).

In fact, he was so fascinated by this cultural heritage that he now plans to publish two more books. The Devil's Bridge (Uri) Youtube. Unearthing the 1,000-Year-Old Story of a Rare Viking Toolbox. At Ancient Origins, we believe that one of the most important fields of knowledge we can pursue as human beings is our beginnings. 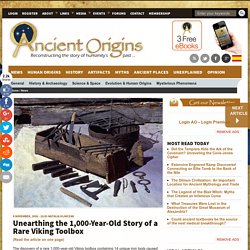 And while some people may seem content with the story as it stands, our view is that there exists countless mysteries, scientific anomalies and surprising artifacts that have yet to be discovered and explained. Thurisaz. World of Mythology. The story of Ragnarok and the Apocalypse. In Norse mythology, Ragnarok is a series of apocalyptic events that will define the end of the world, where giants of frost and fire will together fight the gods in a final battle that will ultimately destroy the planet, submerging it under water. 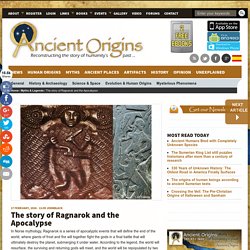 According to the legend, the world will resurface, the surviving and returning gods will meet, and the world will be repopulated by two human survivors. Brothers will fight and kill each other, sisters' children will defile kinship. It is harsh in the world, whoredom rife —an axe age, a sword age —shields are riven— a wind age, a wolf age— before the world goes headlong. No man will have mercy on another.Dronke (1997:19) Norse Legends [Audio] Norse mythology. Norse Mythology - the gods of the Vikings. Introduction The red-blooded, rip-roaring, gung-ho Gods beloved by the Vikings. 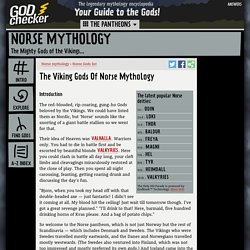 We could have listed them as Nordic, but 'Norse' sounds like the snorting of a giant battle stallion so we went for that. Their idea of Heaven was VALHALLA. Warriors only. You had to die in battle first and be escorted by beautiful blonde VALKYRIES. "Bjorn, when you took my head off with that double-headed axe — just fantastic! Norse and German Mythology. Myth is the foundation of life; it is the timeless pattern, the religious formula to which life shapes itself…Whereas in the life of mankind the mythical represents an early and primitive stage, in the life of an individual it represents a late and mature one. -- Thomas Mann The following list came from a dozen or so sources, including translations of the Eddas. 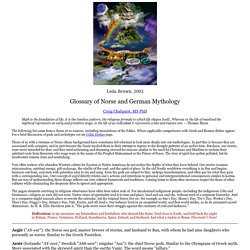 Where applicable comparisons with Greek and Roman deities appear. For a brief discussion of gods and archetypes see my Celtic Deities page. Those of us with a German or Norse ethnic background have sometimes felt reluctant to look more deeply into our mythologies. In part this is because they are associated with conquest, and in part because the Nazis trashed them in their attempt to regress to the thought patterns of an earlier time. Aegir ("AY-ear"): the Norse sea god, master brewer of storms, and husband to Ran, with whom he had nine daughters who personify as waves. 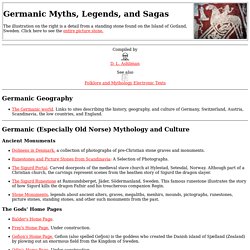