New green technology generates electricity 'out of thin air' Scientists at the University of Massachusetts Amherst have developed a device that uses a natural protein to create electricity from moisture in the air, a new technology they say could have significant implications for the future of renewable energy, climate change and in the future of medicine. 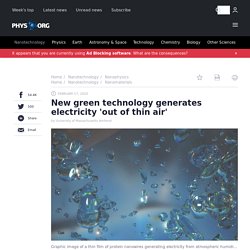 Fortune. In a small lab in Jackson Hole, Wyo., 65-year-old Paul Cox believes he’s closing in on a treatment that might prevent Alzheimer’s disease. 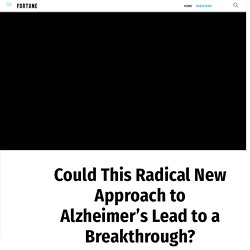 And ALS. And a host of other neurodegenerative diseases, for that matter. Cox, we should point out, isn’t a neurologist. He isn’t a physician of any kind. He doesn’t work at a big drug company or an academic medical center or a government laboratory. ‘Omnigenic’ Model Suggests That All Genes Affect Every Complex Trait.

The question most of genetics tries to answer is how genes connect to the traits we see. One person has red hair, another blonde hair; one dies at age 30 of Huntington’s disease, another lives to celebrate a 102nd birthday. Knowing what in the vast expanse of the genetic code is behind traits can fuel better treatments and information about future risks and illuminate how biology and evolution work. For some traits, the connection to certain genes is clear: Mutations of a single gene are behind sickle cell anemia, for instance, and mutations in another are behind cystic fibrosis.

But unfortunately for those who like things simple, these conditions are the exceptions. The roots of many traits, from how tall you are to your susceptibility to schizophrenia, are far more tangled. 12 Secrets of the New York Subway. The heart of New York City may be Times Square, but its lifeblood is its subways. 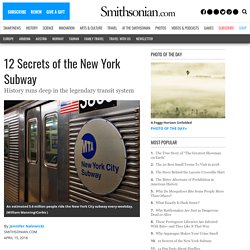 Comprised of more than 600 miles worth of mainline track, New York’s intricate transportation system whisks an estimated 5.6 million commuters across the five boroughs every weekday. Cells Talk and Help One Another via Tiny Tube Networks. Future - The quest to map the mysteries of the ocean floor. Geologists have charted mountain ranges and forests and desert tundras, astronomers the heavens above, yet our planet’s oceans remain largely unexplored; it’s often said that we have a more complete understanding of the Moon or Mars than we do of our own seabed. 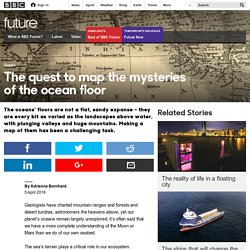 The sea’s terrain plays a critical role in our ecosystem. Underwater crests and valleys determine weather patterns and ocean currents; sea topography influences the management of fisheries that feed millions; miles of underwater cable connect billions more to the Internet; seamounts provide protection against coastal hazards such as approaching hurricanes or tsunamis, and may even offer clues to the prehistoric movement of the earth’s southern continents. 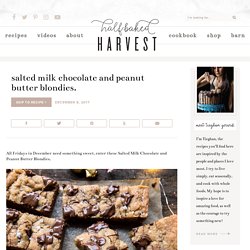 If there was ever a chocolate bar recipe to have in your back pocket, it should be these blondies. In fact, I should really be calling these Back Pocket Salted Milk Chocolate and Peanut Butter Blondies…but I’m feeling like that title might be a little on the long side. Future - What if dinosaurs hadn’t died out?

It was the kind of cataclysm that we can scarcely imagine. 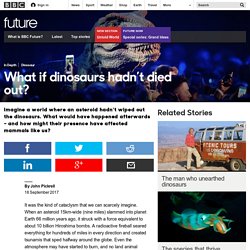 When an asteroid 15km-wide (nine miles) slammed into planet Earth 66 million years ago, it struck with a force equivalent to about 10 billion Hiroshima bombs. A radioactive fireball seared everything for hundreds of miles in every direction and created tsunamis that sped halfway around the globe. A biologist explains CRISPR to people at five different levels of knowledge. How 450-Million-Year-Old Bacteria Evolved into a Dangerous Superbug. WATCH: In The War Between Tigers And Drone, Chalk One Up For Tigers.

The future of solar power technology is bright. While our recent look at residential solar may lead you to believe harnessing that power is a newer initiative, humans have been exploiting solar energy for thousands of years to heat their homes, cook, and produce hot water. 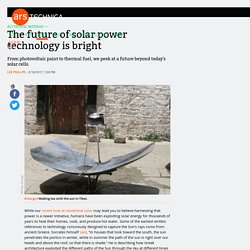 Some of the earliest written references to technology consciously designed to capture the Sun’s rays come from ancient Greece. Socrates himself said, “in houses that look toward the south, the sun penetrates the portico in winter, while in summer the path of the sun is right over our heads and above the roof, so that there is shade.” He is describing how Greek architecture exploited the different paths of the Sun through the sky at different times of the year. By the fifth century BCE, the Greeks were struggling with an energy crisis. Their predominant fuel, charcoal from trees, was scarce since they had stripped their forests in order to cook and heat their houses. Lizard Outruns a Rattlesnake. 10 Best Neighborhoods In Queens To Move Into. The largest and easternmost of the five New York City boroughs, Queens is home to more than two million residents. 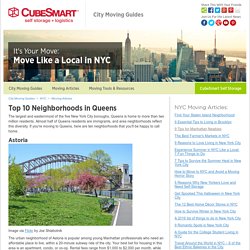 Almost half of Queens residents are immigrants, and area neighborhoods reflect this diversity. If you're moving to Queens, here are ten neighborhoods that you'll be happy to call home. Astoria Image via Flickr by Joe Shlabotnik The urban neighborhood of Astoria is popular among young Manhattan professionals who need an affordable place to live, within a 20-minute subway ride of the city. Explicit cookie consent. IN 1971 the fastest car in the world was the Ferrari Daytona, capable of 280kph (174mph). 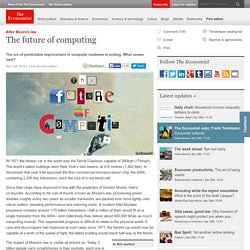 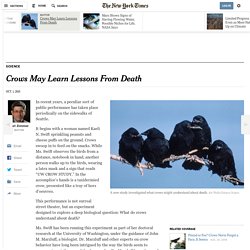 Phage therapy gets revitalized. Eliava Institute Bacteriophages could be a resource for fighting drug-resistant bacterial infections. For decades, patients behind the Iron Curtain were denied access to some of the best antibiotics developed in the West. To make do, the Soviet Union invested heavily in the use of bacteriophages — viruses that kill bacteria — to treat infections.

Phage therapy is still widely used in Russia, Georgia and Poland, but never took off elsewhere. What Causes the Smell of New & Old Books? The Holocaust in Greece. #71 “African Fabrics”: The History of Dutch Wax Prints–Guest Blog by Eccentric Yoruba. Vlisco model. Click for source. Neonflames. Play Misty for Me on Photography Served. From the Photo Desk. Toronto Star Picture Editor Wanda Goodwin shares these delightful images of Kevin Richardson a.k.a "The Lion Whisperer. " A new film opening soon in The United States about a rare white lion who escapes becoming a trophy on a wall, is a rare happy ending in a country where more than 1,000 lions are killed legally each year. Kevin Richardson, the man behind the movie, calls himself an "ambassador of lions" and hopes the film will act as one too at a time when foreign tourists are willing to pay up to $40,000 to shoot a big cat.

Sleeping in an original bed. Art & Design. 99 Excellent Examples of Forced Perspective Photography. Forced perspective is a technique that employs optical illusion to make an object appear farther away, closer, larger or smaller than it actually is. Badass of the Week: Anthony Omari. There's a good chance you're a human chimera. How Tortoiseshell Cats Show the Limits of Cloning. VERY INTERESTING UNKNOWN FACTS. 30 Best Room Pictures of the Week – May 04th to May 11th. Animal30.jpg (JPEG Image, 991x680 pixels) - Scaled (87%) Proof.

10 Most Famous Trees in the World. Incredible Wildlife Photography. Wildlife — By Stephanie on January 11, 2010 at 10:58 am Canada goose protects her young. Most Extreme Landscapes on Earth. The Seven Wonders of the World. Earth Science Picture of the Day. Parrot Pictures/Photos. Birds Have Feelings. …free your imagination…