Tech's richest plan to save themselves after apocalypse 6/24/18. Last year, I got invited to a super-deluxe private resort to deliver a keynote speech to what I assumed would be a hundred or so investment bankers. 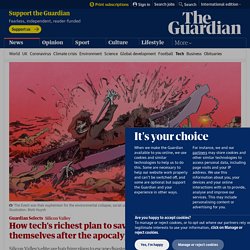 It was by far the largest fee I had ever been offered for a talk – about half my annual professor’s salary – all to deliver some insight on the subject of “the future of technology”. I’ve never liked talking about the future. The Q&A sessions always end up more like parlor games, where I’m asked to opine on the latest technology buzzwords as if they were ticker symbols for potential investments: blockchain, 3D printing, Crispr.

The audiences are rarely interested in learning about these technologies or their potential impacts beyond the binary choice of whether or not to invest in them. But money talks, so I took the gig. After I arrived, I was ushered into what I thought was the green room. They started out innocuously enough. Which region will be less affected by the coming climate crisis: New Zealand or Alaska? The Event. Living Stingy: Should You Build a Bunker? Atlantikwall. Duitse Bunker - Port-en-Bessin.

Hospital in the Rock 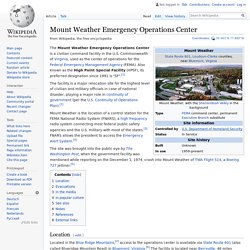 Commonwealth of Virginia, used as the center of operations for the Federal Emergency Management Agency (FEMA). Also known as the High Point Special Facility (HPSF), its preferred designation since 1991 is "SF".[1] The facility is a major relocation site for the highest level of civilian and military officials in case of national disaster, playing a major role in continuity of government (per the U.S. 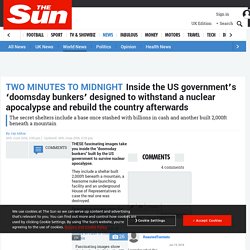 They include a shelter built 2,000ft beneath a mountain, a fearsome nuke-launching facility and an underground House of Representatives in case the real one was destroyed. Several such bunkers were built in the 1950s and 60s when tensions between the US and the Soviet Union were at their worst. Now it appears America wasn't just preparing to survive nuclear fallout, but restart society in case the most important institutions were wiped out. The Federal Reserve stashed billions of dollars in cash at the Mount Pony bunker in Cupeper, Virginia, for instance.

Inside the World's Largest Underground Survival Community: 575 Luxury Bunkers for 5,000 People. The rambling, green hills of Fall River county located near the Black Hills in South Dakota, is the location for a spectacular new underground survival community featuring individual bunkers for 575 families and a total underworld population of 5,000. 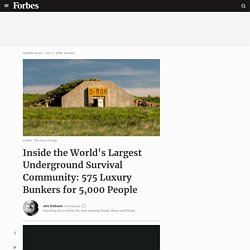 This is Vivos xPoint, and it is the world’s largest shelter escape. From the remote road, you first come across a landscape of hundreds of earth-covered domes in perfect rows with their concrete exteriors providing a stark contrast to the lush surroundings. BUNKERS. Bunkers. Gil Ozeri Survives a Doomsday Bunker on I Love You, America. Backyard UNDERGROUND Apocalyptic BUNKER. Back yard cold war era underground nuclear bunker. Balthazar - Bunker. Funktionsfähig und einsatzbereit? Verteidigungslinie Teil 2. Survivalist Guide to Building an Underground Bunker. Building a bunker could be a great choice as there are at least dozen SHTF scenarios where your life can be saved by having an underground bunker to hide and spend some time in. 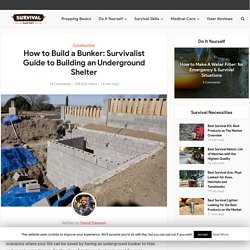 So, the idea of making a bunker is great for every survivalist enthusiast and a definite must have for every experienced survivalist. You will come to know that building a bunker isn’t as easy as it might sound, but after you are all settled and everything is done, you will be at peace knowing that no matter what happens, you and your family will be safe. In order to help you get started and get an insight of what you need for building your own shelter, we are leading you with our step-by-step instructions on how to build a bunker. 11 Essential Items For Your Nuclear Bunker.

Enter to win a year's worth of mortgage or rent payments! 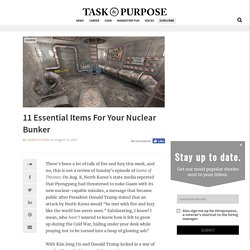 BBMC's annual "We've Got Your Six Sweepstakes" is now open to veterans, active duty, and spouses. Learn more and enter. There’s been a lot of talk of fire and fury this week, and no, this is not a review of Sunday’s episode of Game of Thrones. Say you've fled to a small nuclear bunker to survive a blast, what can you do to entertain yourself for the next, say, 10 years, without electricity? Bunkers y subterraneos. Make a Bunker in Preparation for Nuclear War: 10 Steps. 2/9/19: Bomb Shelter Mansion Under Las Vegas Listed For $18M. Underground swimming pool in the bomb shelter houseRealtor.com The famous Las Vegas Underground House has been making news for years as one of the most bizarre properties in the world. 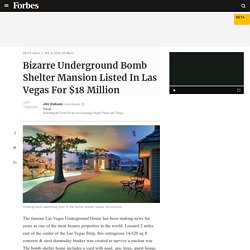 Located 2 miles east of the center of the Las Vegas Strip, this outrageous 14,620 sq ft concrete & steel doomsday bunker was created to survive a nuclear war. The bomb shelter home includes a yard with pool, spa, trees, guest house, BBQ & fountain and is surrounded by 500 feet of floor to ceiling Murals of city & mountain views with lighting that simulates day, dusk & dawn. The house near Flamingo Road was recently listed by Stephan M-LaForge at Berkshire Hathaway for $18 million, and judging by the photos seems to be stuck in time from the 1970s. Bizarre furnishings and decorations fill the home with a country cabin meets suburban housemaker vibe.

The General Bunker: $1,590,000 @Bunker Complex. The General fallout shelter is a massive bunker complex built to shelter large families, small business’, or small communities such as church congregations or other colonies of people. 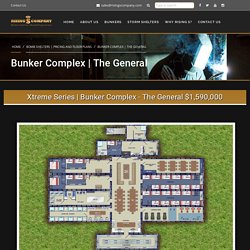 This underground bunker complex comes with all of the amenities of our typical upgrade units but offers much much more in the way of space and community functionality. It’s full of luxury upgrades such as a gym/fitness unit, and educational center, massive laundry room equipped with washers and dryers, security unit, decontamination unit, group dining hall, lounge area as well as extended kitchens and food storage. 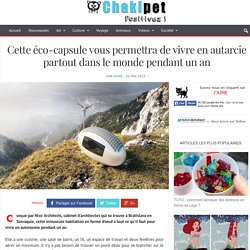