099372db-50-cognitive-biases-2_80per. Science and Our Search for Truth. Illustrations © iStock/Thinkstock Can you imagine going to the dermatologist with a bad case of acne and being told the treatment will be to drain some of your blood? 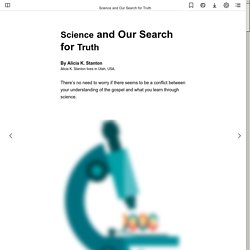 That might sound absurd to you, but it wouldn’t have been far-fetched a couple of centuries ago. Back then, withdrawing a sizable amount of blood was considered standard treatment for almost any medical condition, including indigestion, insanity, and even acne. Nobody questioned that. Why should they have? It wasn’t until doctors started approaching medicine from a scientific viewpoint that anyone questioned the practice.

From this historical example, we see that just because a belief is widely accepted or has been around for a long time doesn’t necessarily mean it’s true. For Latter-day Saints, that’s a big deal. Of course, when we talk about how science contributes to the truths we know, we’ve got to be sure we understand what kind of truth science can uncover —and what kind it can’t. President Russell M. Faith Development - What Do We Know. Context Manipulation. "Your brain is meat, and rots and disappears. 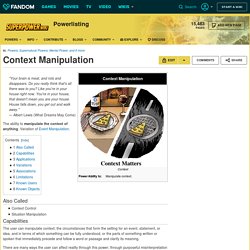 Do you really think that's all there was to you? Like you're in your house right now. You're in your house, that doesn't mean you are your house. House falls down, you get out and walk away. " ― Albert Lewis (What Dreams May Come) The ability to manipulate the context of anything. Also Called Context ControlSituation Manipulation Capabilities. Evidence: The Use and Misuse of Data, Panel 1 Evidential Standards. The Social Dilemma - Social Media and Polarization. The False Equation of Atheism and Intellectual Sophistication. And then the world knew war. 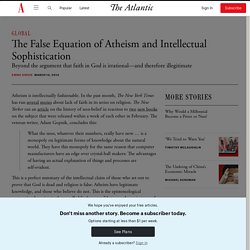 World War I “had certain Nietzschean overtones, in that war was seen as the ultimate test of one’s heroic qualities,” Watson writes—in other words, armed battle was a test of man’s strength and power in a God-free world. Atheists, Agnostics, Spirituals, and Christians: Assessing Confirmation Bias ... Confirmation Bias in Atheism. A most interesting article appeared in a special edition of EOS, a science magazine in Dutch. 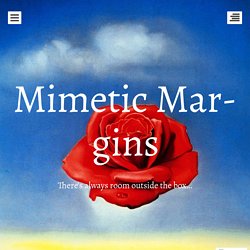 It was about the quest for the historical Jesus. For those familiar with the material it was not a very revealing article. Nonetheless, it provided a kind of summary, albeit sometimes in a tendentious manner (click here for a better article on the subject from skepp). Take, for instance, this statement at the end of the article: “The scepticism of Christian researchers turns out to be quite a bit more flexible than the scepticism of atheist researchers.” This is a poor statement because it is made without any arguments. Faith and Science: Symbiotic Pathways to Truth. If learning scientific theories puts your faith in jeopardy, choose your faith! 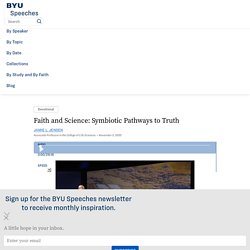 Choose your faith until you can better understand the science—or until science can provide better explanations. I firmly believe that both truths—religious and scientific—exist in harmony. Good morning, students. Today, election day, is an important day in our nation’s history and for our nation’s future. I hope and pray that you have exercised your civic right and duty to vote today. Truths found through faith in the Lord Jesus Christ and obedience to His commandments and truths found through the diligent study of His scientific processes here on earth can combine into a beautiful blessing of knowledge that can enhance our lives, save our children, bless our earth, and help us return to our heavenly home with the blessings of exaltation. Let me first start with definitions. 1. 2.

Defining the Nature of Science. Become a Seeker: The Way, the Truth, and the Life. By using our best thinking, by choosing to act with real intent, and by seeking direct revelation from God, we can come to a humble yet firm conviction of the truth of all things. 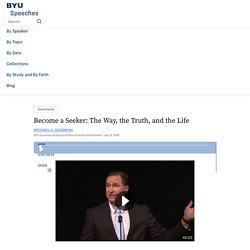 Good morning, brothers and sisters! I am grateful to see many friends and family and wonderful students. It humbles me to be with you today. I believe in truth in advertising: what I share today is far more important than I am capable of expressing. 12 Cognitive Biases Explained - How to Think Better and More Logically Removing Bias. Plato’s Allegory of the Cave - Alex Gendler. Faith against faith: Recovering the religious character of the Enlightenment ... Christians are taught to despise the Enlightenment. 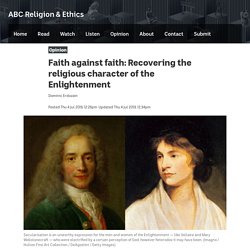 It is hard to find a theologian with a good word for this era of rational presumption, glistening certitude and powdered wiggery. The Enlightenment is the sin of the modern; the chimera of crass autonomy. Popular writers have been no kinder. Enter the world of knockdown apologetics and suspicion turns to contempt. “The Great Secular Enlightenment,” growls one authority, is what gave us Richard Dawkins. The consensus is powerful but mistaken. Nor was the quarrel purely ethical. What can Plato’s Allegory of the Cave tell us about knowledge translation? The allegory of the cave is a famous passage in the history of philosophy. 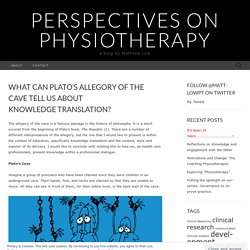 It is a short excerpt from the beginning of Plato’s book, The Republic (1). There are a number of different interpretations of the allegory, but the one that I would like to present is within the context of education, specifically knowledge translation and the content, style and manner of its delivery. I would like to conclude with relating this to how we, as health care professionals, present knowledge within a professional dialogue. Plato’s Cave Imagine a group of prisoners who have been chained since they were children in an underground cave. Plato’s Allegory of the Cave: Life Lessons on How to Think for Yourself. “In a time of universal deceit – telling the truth is a revolutionary act.” 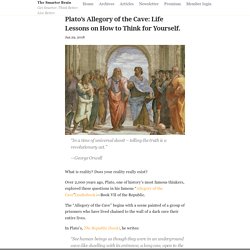 —George Orwell. Is Religion Just 'Confirmation Bias'? Trent Horn explains what confirmation bias is and why it is not a valid reason to discredit faith in any religion. 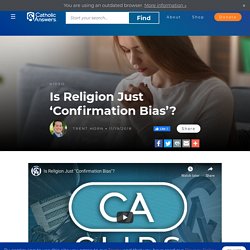 Transcript: Host: Let’s go real quick to try to get this in before the break, Anonymous in Fairfax, Virginia, listening online, you are on with Trent Horn, what’s your question, Anonymous?