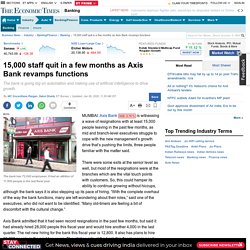 There were some exits at the senior level as well, but most of the resignations were at the branches which are the vital touch points with customers. Axis Bank set to lose one of its biggest clients. Over 2 lakh police salary accounts worth more than Rs 11,000 cr to go back to a nationalised bank Former CM Devendra Fadnavis’s wife holds a senior position at Axis Bank, which counts among the top five private sector banks in the country, will soon lose a high-value customer -- the Maharashtra government – which operates the police department salary accounts with the bank. 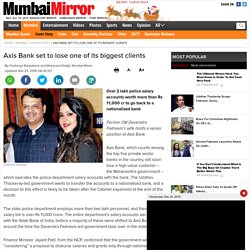 The Uddhav Thackeray-led government wants to transfer the accounts to a nationalised bank, and a decision to this effect is likely to be taken after the Cabinet expansion at the end of the month. The state police department employs more than two lakh personnel, and their annual salary bill is over Rs 11,000 crore. The entire department’s salary accounts were earlier with the , before a majority of these were shifted to Axis Bank around the time the Devendra Fadnavis-led government took over in the state. Finance Minister Jayant Patil The Congress demanded. ICICI Bank’s Smart EMI: Only for those who compulsively change car models frequently.

Do you want to drive a car with the option of switching models every three to five years? 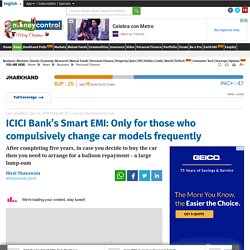 You can now do so by leasing a brand new model. ICICI Bank has launched a new car loan facility, in association with TranzLease, an automobile leasing and mobility solutions company. This auto loan facility is called the ‘Smart EMI’ scheme. Toshniwal Equity sur Twitter : "Banks in Maharashtra (Farm Loan Waiver) - Larger Pvt Banks doing nearly 1.5-2x business that of PSU Peers - Larger Pvt Banks relatively prudent vs PSU Peers (Lower L/D Ratio) - Allahabad Bank & Federal Bank have given over. Banks may have to cut stake in insurance firms to below 30% Banks may now find it difficult to hold on to their big stakes in insurance companies. 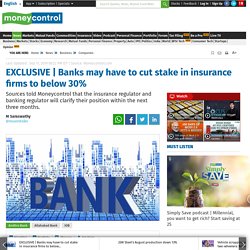 Sources told Moneycontrol that the banking and insurance regulators may bring out a clarification on how much stake banks can hold in insurance companies and who will qualify. It is also likely that a bank's stake in an insurance venture could be capped below 30 percent. However, it is not yet clear as to what happens to existing ventures. RBL Bank and the art of being a great new boss to an old team — Quartz India. In 2010, a new management team took charge of a floundering regional bank in the western Indian state of Maharashtra. 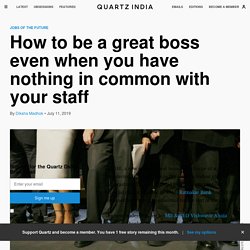 Though founded less than 400 km from financial capital Mumbai in 1943, Ratnakar Bank had till then remained largely inconsequential for the rest of the country. The new leadership, led by MD & CEO Vishwavir Ahuja, comprised bankers who had worked in cosmopolitan cities like Hong Kong and Singapore—a far cry from Kolhapur, where Ratnakar was incorporated.

Yet, the combination worked and the team managed to transform the parochial organisation into one of the fastest-growing private sector lenders in India, now called RBL Bank. So much so that when it listed on the stock exchanges almost three years ago, investors called it the next “HDFC Bank-like franchise.” Quartz spoke to its executive director Rajeev Ahuja and HR head Shanta Vallury Gandhi to understand how new bosses can earn their employees’ trust, even when they come from a completely different world. No Bank Has Power To Employ Bouncers To Recover Loans, Says Government. A falling knife, but should you catch it? Highlights:- - The kitchen sink quarter raises more questions on asset quality and governance- Market apprehends significant undisclosed exposure to troubled accounts- Promoter interference is also a cause for concern- Earnings to remain weak in the near term- Raising capital at this valuation may not be rewarding. 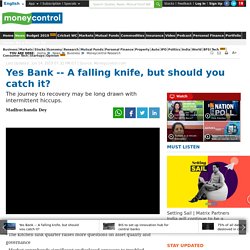 RBI says EY firm SR Batliboi & Co won’t get approval for bank audits for a year. Read more. Sources say @RBI not to increase the age limit of Bank CEOs from current 70 years… Watch Out For These Accounts In Banks’ Earnings. Which bank has highest exposure to ADAG group?… CEO Ravneet Gill planning to replace entire top management of Yes Bank. Mumbai: Yes Bank new CEO Ravneet Gill is looking to replace the entire top management of the lender, including some of ousted founder Rana Kapoor’s trusted aides, to remedy corporate governance lapses, and lax risk management and credit disbursal policies that were pointed out by the central bank last year, three people directly aware of the development said. 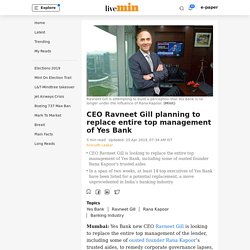 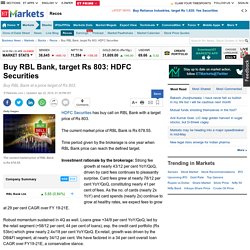 The current market price of RBL Bank is Rs 678.55. Time period given by the brokerage is one year when RBL Bank price can reach the defined target. Investment rationale by the brokerage: Strong fee growth at nearly 43/12 per cent YoY/QoQ, driven by card fees continues to pleasantly surprise. Card fees grew at nearly 78/12 per cent YoY/QoQ, constituting nearly 41 per cent of fees. As the no. of cards (nearly 2x YoY) and card spends (nearly 2x) continue to grow at healthy rates, we expect fees to grow at 29 per cent CAGR over FY 19-21E. Robust momentum sustained in 4Q as well. @rblbank reports fresh slippages of Rs 206 cr against Rs 211 cr on a sequential basis. 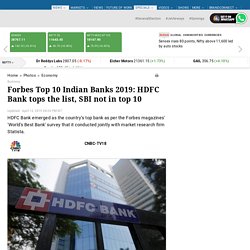 No 1: The Mumbai headquartered HDFC Bank came at the top of the list. No 2. At the second place came the ICICI Bank, one of the largest private sector banks of India headquartered in Mumbai. No 3: At the third position was DBS, that has its headquarters in Singapore. IndusInd Bank prices its maiden dollar bond issuance in offshore public markets. Raised $400 m at a coupon rate of 3.875% per annum, payable semi-annually. Notes will be listed on Singapore SGX & India INX, GIFT City… ht. Lakshmi Vilas Bank approves merger with lndiabulls Housing Finance. NEW DELHI: Private lender Lakshmi Vilas BankNSE 4.98 % on Friday said its board has approved a scheme of amalgamation with lndiabulls Housing Finance. 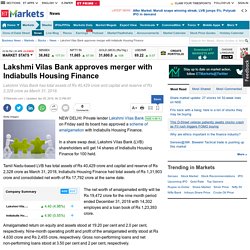 Nine-month operating profit and profit of the amalgamated entity stood at Rs 4,630 crore and Rs 2,455 crore, respectively. According to Kalra both the entities have their own major concerns. Rate Cut Dismantles Last of India Ex-Central Bank Chief’s Legacy. RBI cuts repo rate: 12 rate-sensitive stocks that will benefit the most. The Reserve Bank of India (RBI) slashed repo rate by 25 bps to 6 percent on April 4 as expected and kept the stance unchanged to ‘Neutral’. This is the second rate cut in 2019. “These decisions are in consonance with the objective of achieving the medium-term target for consumer price index (CPI) inflation of 4 percent within a band of +/- 2 percent while supporting growth,” the central bank said in a statement. The MPC notes that the output gap remains negative and the domestic economy is facing headwinds, especially on the global front. The need is to strengthen domestic growth impulses by spurring private investment which has remained sluggish.

Rate cut usually acts as a sentiment booster and aid companies that have to service large debts. Supreme Court Strikes Down Feb. 12 Circular Of RBI. The Supreme Court today struck down the Reserve Bank of India’s Feb. 12 circular on defaulting companies, calling it illegal. “We found RBI's February 12 circular to be ultra vires,” the apex court ruled today. Here’s how experts reacted to the SC ruling The February 12 Circular The regulations, now commonly referred to as the Feb.12 circular, revamped the framework used by banks to deal with stressed assets with outstanding loans of over Rs 2,000 crore. As per the regulations, banks were asked to initiate a resolution plan even if a company is in default of its dues by one day. RBI keeps derivative exposure outside the purview of large exposure framework.… RBI: Banks to disclose divergence when additional provisioning for NPAs assessed by RBI exceeds 10% of reported profit before provisions & contingencies…

The Reserve Bank of India’s proposal to overhaul the compensation structure for chief executive officers (CEOs) of private sector banks and wholly owned subsidiaries of foreign banks, could mean a decline in effective salaries from current levels. The rules seek to cap the level of variable pay, including stock options, in relation to the fixed pay, at 200 percent. Earlier while variable pay was capped at 70 percent of fixed pay, ESOPs were not included. “It is likely that if these proposals become norms, we may see the effective salaries of CEOs could come down. However, it is likely that bank boards would increase the basic salaries to bridge the gap,” said Amit Tandon, founder and managing director, Institutional Investors Advisor Services (IiAS).

He added that some additional clarity is awaited on valuing stock options. How Top Banker Salaries Are Currently Structured The RBI is proposing the following changes in variable pay: Is there cause for RBI to cut rates in its sixth bi-monthly policy tomorrow? Here is what @latha_venkatesh has to say… India Ratings and Research Private Limited : India's Most Respected Credit Rating and Research Agency : FY20 Bank Outlook: Corporate Provisions Could Reverse; Stress Might Emanate from Non-Corporate Segments.