Discovery of oldest human DNA in Spanish cave sheds light on evolution. Researchers have read strands of ancient DNA teased from the thigh bone of an early human who died 400,000 years ago in what is now northern Spain. 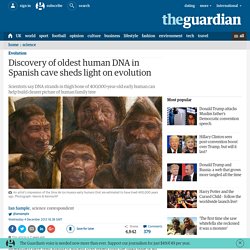 The genetic material was pieced together from a clutch of cells found in bone fragments – the oldest human remains ever to yield their genetic code. Study confirms that Neanderthals and humans got it on. The genetic similarities between certain human populations and Neanderthals are striking. 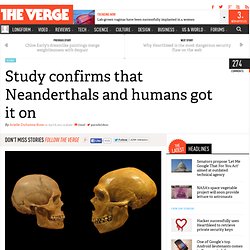 Indeed, many researchers think the Europeans and Asians inherited between 1 and 4 percent of their DNA from Neanderthals, yet scientists have struggled to demonstrate with a high degree of certainty that these genetic similarities are the result of interbreeding between these two species. Now, a pair of European scientists say that they have confirmed the human-Neanderthal reproduction hypothesis using statistical modeling — and these results, the researchers add, should go a long way to change the way we think of other human-like species.

In the past, genetic similarities between Neanderthals and humans have been associated with two possible scenarios. "A model that involves interbreeding is much more likely. " Geologic Time Clock. Prehistoric Cave-art. Prehistoric Cave Art: Prehistoric cave-art is important as it serves as some of the best means of showing the interaction between our primitive ancestors and the world as they perceived it. 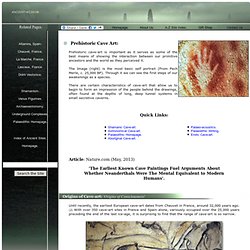 The Image (right) is the most basic self portrait (From Pech Merle, c. 25,000 BP). Through it we can see the first steps of our awakenings as a species. There are certain characteristics of cave-art that allow us to begin to form an impression of the people behind the drawings, often found at the depths of long, deep tunnel systems in small secretive caverns. Quick Links: 50 Best Free Microsoft Word Tutorials, Books & Resources. 16.07 Proofreader’s marks - 16 Revision and Proofreading - The Canadian Style - TERMIUM Plus® - Translation Bureau.

If you are not responsible for producing final copy and have to indicate your revisions on the draft, you must use proofreader’s marks to help the typesetter or other specialist understand and make the changes required. 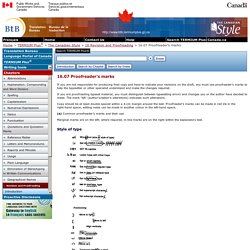 Excellent Video Clips on Plagiarism to Share with Your Students. 1- What is Plagiarism 2- A Quick Guide to Plagiarism. 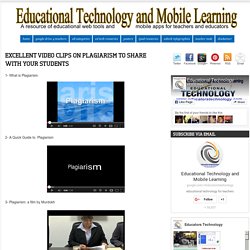 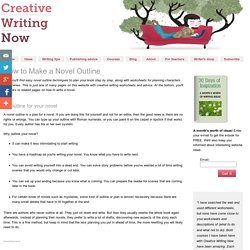 This is just one of many pages on this website with creative writing worksheets and advice. At the bottom, you'll find links to related pages on how to write a novel. Native American Proverbs, Quotes, and Chants. The Native Americans (also known as the Indians or the American Indians) are the original inhabitants of the Americas (North, South and Central America including the Caribbean / West Indies Islands; all of which is also called the New World or the Western Hemisphere). 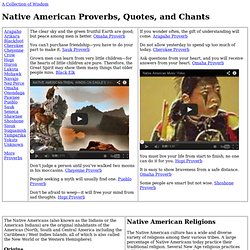 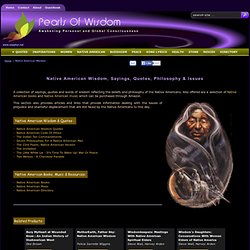 Also offered are a selection of Native American books and Native American music which can be purchased through Amazon. This section also provides articles and links that provide information dealing with the issues of prejudice and shameful displacement that are still faced by the Native Americans to this day. Native American Wisdom & Quotes : Native American Proverbs and Wisdom. When we show our respect for other living things, they respond with respect for us. - Arapaho If we wonder often, the gift of knowledge will come. - Arapaho Most of us do not look as handsome to others as we do to ourselves. - Assiniboine Those that lie down with dogs, get up with fleas. - Blackfoot In age, talk; in childhood, tears. - Hopi We always return to our first loves. - Tribe Unknown. 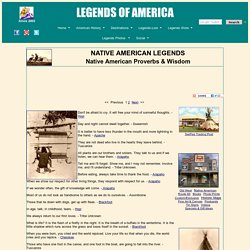 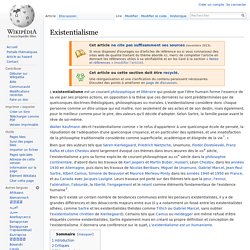 It has sometimes been thought that our consciousness of ourselves may be, under certain conditions, infallible, in the sense that it cannot go wrong: when we believe that some fact about us obtains, it does. Psychology of self. A Brief Guide to Embodied Cognition: Why You Are Not Your Brain. Embodied cognition, the idea that the mind is not only connected to the body but that the body influences the mind, is one of the more counter-intuitive ideas in cognitive science.