Paved With Good Intentions - When Impact Design Goes Wrong. As part of our From Failure to Resolution series, we asked leading practitioners in the world of impact design to share a few choice cautionary tales and epic blunders from their own experience in the field. 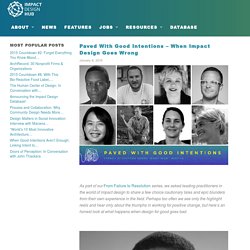 Perhaps too often we see only the highlight reels and hear only about the triumphs in working for positive change, but here’s an honest look at what happens when design for good goes bad. MARC NORMAN Design Consultant + Writer The project was noble: an affordable housing development that integrated shelter units, transitional units, and conventional apartments. The partners were a dream team: a non-profit focused on providing opportunities for prison re-entry populations, an innovative housing authority, and a design center focused on innovative design and better economic outcomes for legacy cities. Even the funding was in place. So what went wrong? TOM NEWBY Care International One of the biggest misconceptions in post-disaster shelter is the need is for clever technical solutions.

What If the Key to Ending Homelessness Is Just That—a Key? The whole mess started around noon on a Sunday in March, when two homeless men on L.A.’s Skid Row got into some sort of spat. 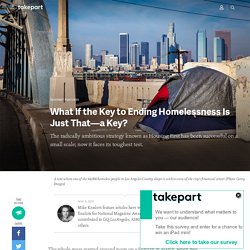 Something about a tent, or the location of a tent, or the contents of a tent. Typical Skid Row stuff, the kind of thing you can’t avoid seeing in a 50-block area where 1,500 of the city’s most destitute souls—most of them mentally ill or drug addicts or both—sleep in their own filth and throw elbows just to survive. So there was an argument, and someone called the cops, and when they arrived the officers approached Charly Keunang, a Cameroonian national known among fellow street dwellers as Africa.

Ministry of Social Development — innovate change. What are we doing? 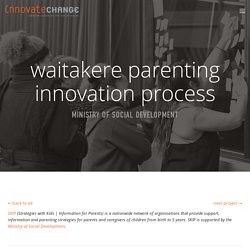 We’ve used our entire innovative action model on a parenting innovation process in Waitakere. In 2014, we worked through the first four stages. We trained and supported local parents to gather insights through empathy interviewing; led a series of ‘innovation injection’ sessions; looked at key research on parenting; and held a community whānau event. This gave us and a group of co-designers we curated a comprehensive understanding of parenting in Waitakere. That group of co-designers was made up of parents, creative provocateurs and people that support parents - together they identified behaviour change goals, target audiences and then gathered more people to generate ideas on how to achieve change.

How Parents Influence Early Moral Development. Parents: Do you want to raise a child with a strong sense of right and wrong? 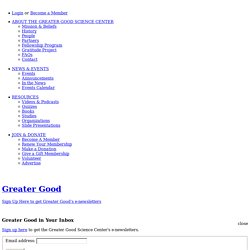 You might want to start by cultivating your own morality—as well as your own empathy. A new study from the University of Chicago suggests that parents’ sensitivity to both other people’s feelings and to injustice may influence early moral development in their children. Developmental neuroscientist Jean Decety and his colleague, Jason Cowell, brought a group of one year olds into the lab to test them on their reactions to moral situations. The seventy-three toddlers watched animated videos in which characters engaged in helping and sharing (prosocial) behaviors or pushing, tripping, and shoving (antisocial) behaviors while the researchers monitored the toddlers’ eye movements and measured their brain wave patterns using an electroencephalogram, or EEG.

Business-university research collaborations: Dowling review final report. Theory of Action. Communities across the world have embraced the concept of collective impact, and over the past several years StriveTogether has worked to support this momentum by establishing the Cradle to Career Network of more than 90 communities working to build cradle to career collective impact partnerships. 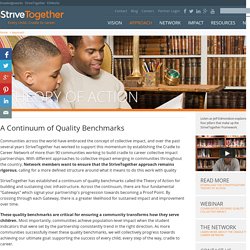 With different approaches to collective impact emerging in communities throughout the country, Network members want to ensure that the StriveTogether approach remains rigorous, calling for a more defined structure around what it means to do this work with quality StriveTogether has established a continuum of quality benchmarks called the Theory of Action for building and sustaining civic infrastructure.

Across the continuum, there are four fundamental "Gateways" which signal your partnership's progression towards becoming a Proof Point. How Ditching The Rulebook Helped This Homeless Shelter Get People Off The Street. HONOLULU - The first thing to know about the Next Step homeless shelter is that it’s hard to find. 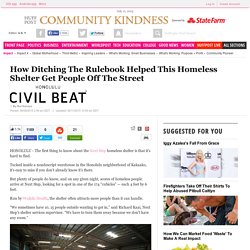 Cost of Homelessness. For many city officials, community leaders, and even direct service providers, it often seems that placing homeless people in shelters is the most inexpensive way to meet the basic needs of people experiencing homelessness; some may even believe that shelters are an ideal solution. 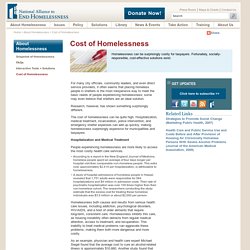 Solving Complex Social Problems Through Collaboration. Geneva Global, a tiny but mighty philanthropic consulting firm that specializes in international development, is helping to change the world from its small suburban corner of Wayne, Pa. 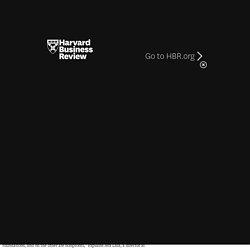 With a team of just 52 staff members, they are quietly igniting social good on a global scale through the repetitive flexing of an approach called dumbbell collaboration. “On one side of the dumbbell are donors, either private philanthropists or foundations, and on the other are nonprofits,” explains Ava Lala, a director at Geneva Global. “Both want to solve complex social problems, such as modern-day slavery, but the ambition of the donors often outweighs their resources, and the nonprofits often spend precious time trying to connect with donors.