Shadow Work: Dream Work. The dream is a little hidden door in the innermost and most secret recesses of the soul, opening into that cosmic night which was psyche long before there was any ego consciousness, and which will remain psyche no matter how far our ego-consciousness extends. 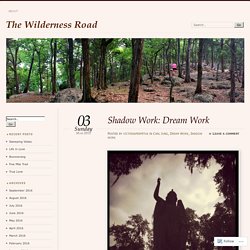 For all ego-consciousness is isolated; because it separates and discriminates, it knows only particulars, and it sees only those that can be related to the ego. Its essence is limitation, even though it reach to the farthest nebulae among the stars. David Bentley Hart. Signs - by Robert Perry. ANCESTOR ALTAR. And other offerings. 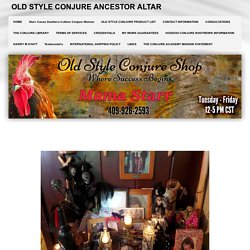 If you cannot do this then please don’t set up an altar until a time when you will be able to tend to the altar as it should be taken care of. There are two rules that you need to follow. Never place salt or a picture of a living person on your ancestor altar. Wandering Woman Wondering. The title of this post is drawn from a line within “Spring Giddiness”, a poem by the 13th century Persian mystic known as Rumi. 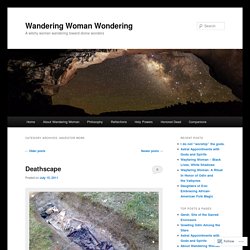 Although written in the context of living love and divine beauty, the full line – “There are hundreds of ways to kneel and kiss the ground.” – makes me think of service, or rather Service, where Service (with a capital “s”) encompasses those acts that transcend boundaries, offering macrocosmic and microcosmic benefits to the gods, the ancestors, various spirits (including animal, plant, and nature), and human beings. service is easy: start a community garden, work at your local homeless shelter, say your prayers, make your offerings, tuck your children in at night, etc. But Service is hard. Service is a program of service that is intentional, meaningful, and consistent with roots and branches that reach across the worlds. Death is the Seed From Which My Magic Grows. The cauldron of a necromancer… it evokes a certain grim image in one’s mind. 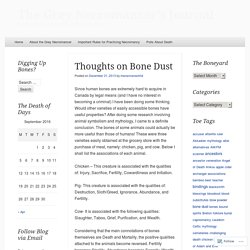 I can guarantee you however that whatever you are imagining is completely wrong. Firstly the vessel in question is small (usually 3 1/4 inches tall, by 3 inches wide), made of cast iron with a lid of the same material). Secondly none of its uses involve macabre ingredients such as parts of corpses, innocent blood, dead animal parts, etc. Thirdly you won’t ever see one being used in a graveyard. How to Request Favors from the Spirit World Step by Step with a Simple Ritual - James Duvalier - James Duvalier. My friends and I have recently done a service to call down the lwa Simbi Makaya, who is a spirit of Congolese origin that has dominion over magic and is known to be fiercely protective of his devotees. 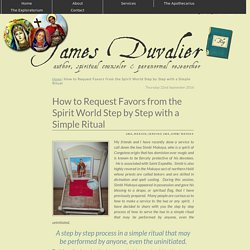 He is associated with Saint Expedite. Simbi is also highly revered in the Makaya sect of northern Haiti whose priests are called bokors and are skilled in divination and spell casting. During this session, Simbi Makaya appeared in possession and gave his blessing to a drapo, or spiritual flag, that I have previously prepared. Many people are curious as to how to make a service to the lwa or any spirit.

I have decided to share with you the step by step process of how to serve the lwa in a simple ritual that may be performed by anyone, even the uninitiated. What Happens To The Brain When You Meditate (And How It Benefits You) Ever since my dad tried to convince me to meditate when I was about 12, I’ve been fairly sceptical of this practice. 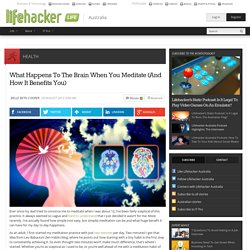 It always seemed so vague and hard to understand that I just decided it wasn’t for me. More recently, I’ve actually found how simple (not easy, but simple) meditation can be and what huge benefit it can have for my day to day happiness. As an adult, I first started my meditation practice with just two minutes per day. Curious Curandera. MAKING REGULAR OFFERINGS TO NATURE AND OTHER SPIRITS. One of the most important things you can do on your spiritual journey (especially if you seem to be prone to an extended patch of bad luck) is to make regular offerings to the spirits–especially nature spirits. 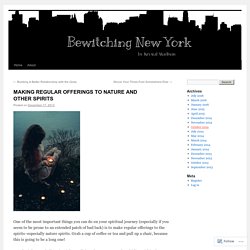 Grab a cup of coffee or tea and pull up a chair, because this is going to be a long one! You don’t have to believe in Tinker Bell, but they ARE around us, hiding within the trees, blending between the rocks, watching from the woods in our back yards or around our homes…. and they are FEISTY buggers! But they were here long before we were…. the Aborigines knew about them, as did Native Americans, who called them “The Little People”, who lived in the woods near sandy hills and sometimes near rocks located along large bodies of water, such as the Great Lakes. Uncrossing Oneself – This Crooked Crown. Rootandrock’s musing post got me thinking. 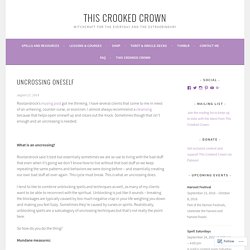 I have several clients that come to me in need of an unhexing, counter-curse, or exorcism. I almost always recommend a cleansing because that helps open oneself up and clears out the muck. Sometimes though that isn’t enough and an uncrossing is needed. Improving your Tarot Readings, the Andrieh way ~ Real Magic on the Street. First, regardless of what people say, a divination is a snap shot of current possibilities and current potentials. 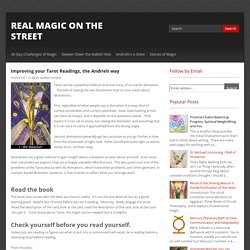 Now, even looking at this can have an impact, and it depends on the questions asked. That means it is not set in stone, but seeing the divination and assuming that it is can set it in stone if approached from the wrong angle. Practical Chakra Empowering ( Version 2 with Transpersonal additions ) ~ Real Magic on the Street. So if you haven't noticed, I have been focusing a lot on some core fundamentals, and lot of this blog will start to go back to Hoodoo techniques. 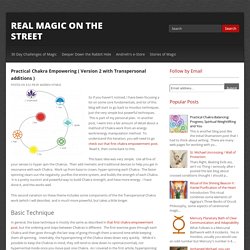 Just the very simple but powerful techniques. This is part of my personal plan. In another post, I went into a fair amount of detail about a method of Chakra work from an energy work/energy manipulation method. To understand this iteration, you will need to go check out that first chakra empowerment post. Ancestral Work/Magic 101 ~ Real Magic on the Street. While I am serving them, I will breath as deeply as I can, remembering times that I had with some ancestors that really connect to the love of family. I recall memories from childhood, conversations, whatever I can possibly remember. The goal is to let those feelings of love and gratitude for those memories really fill up your body with that good feeling.

I arise today Through the strength of heaven; Light of the sun, Splendor of fire, Speed of lightning, Swiftness of the wind, Depth of the sea, Stability of the earth, Firmness of the rock. Seekers and Guides: Getting to Know Your Local Land-Wights. Thank you for your interest in Patheos newsletters! Please enter your email address below and click the "Subscribe" button. Thank you for your subscription. What is Bioregional Animism? Bioregional animism is by definition relating to the land/bioregion as the source of ones religion and culture.

Bioregional Animism does not treat animals, plants, forces of nature, or the land and sky as tools, or symbols, for humans to use but instead views these other then human persons as just that… persons who can be communicated with, who relationships and partnerships and allegiances can be formed with for living in mutually beneficial and reciprocal ways; In both the physical and spiritual world. The XaTuring Project. Blue Flame Magick. (My local spirits postings will continue after this post) Normally I’d be posting a book review here according to my schedule (did you even notice I have a schedule of when I post what?) But I decided this week to finally get around to doing the book meme. When I started this blog the “What 5 Books do you recommend as an occultist” posts were popular, but I never made one, it’s come and gone a few times, and I never bothered with it.

What I always wants to talk about, and I will now is such a list with a twist. Recent Entries. The Write Practice. TRADITIONAL CATHOLIC PRAYERS. Jon Rappoport's Blog. The teleological fallacy and our common delusion of control. Obliquity, By John Kay. Fiction for Sorcerers. Ancestor Veneration [For Jack Faust] How You Can Profit From the Unknown: Becoming Antifragile. TEDxWarwick - John Kay - Obliquity: How Complex Goals Are Best Achieved Indirectly. The Destroyer of Obstacles. Anxiety: Hibernate, Adapt, or Migrate: Summer Beretsky at TEDxWilliamsport. Gizmodo. 8 Unstoppable Rules For Writing Killer Short Stories.