The McTrain: The Rise and Fall of McDonald's Ambitious Plan to Conquer the Railroads. Starbucks is closing 400 stores in shift to takeout strategy. The company said it plans to close up to 400 stores in the US and Canada over the next 18 months, while at the same time adding carryout and pick-up only locations. 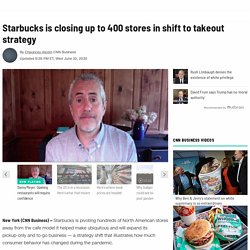 In its latest SEC filing, the company said it ultimately expects to open about 300 new North American stores that specialize in carryout and pickup options. "This repositioning will include the closure of up to 400 company-operated stores over the next 18 months in conjunction with the opening, over time, of a greater number of new, repositioned stores in different locations and with innovative store formats," the company wrote in its filing. Starbucks said its retail strategy is designed to "enhance the customer experience, expand our retail presence and enable profitable growth for the future. 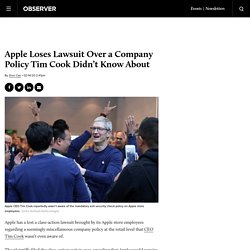 Justin Sullivan/Getty Images Apple has a lost a class-action lawsuit brought by its Apple store employees regarding a seemingly miscellaneous company policy at the retail level that CEO Tim Cook wasn’t even aware of. WeWork Should Learn Something from Marriott and Hilton. Photo: Scott Olson/Getty Images. 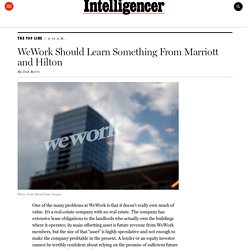 The Collapse Of A Hospital Empire — And Towns Left In The Wreckage. SWEET SPRINGS, Mo. — The money was so good in the beginning, and it seemed it might gush forever, right through tiny country hospitals in Missouri, Oklahoma, Tennessee and into the coffers of companies controlled by Jorge A. 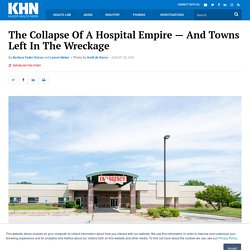 Perez, his family and business partners. It was his “secret sauce,” the rotund Miami entrepreneur would smilingly tell people in their no-stoplight towns. The money-making ventures he proposed sounded complicated, sure, but he said they would bring in enough cash to save their hospital and dozens, even hundreds, of good jobs in rural towns where gainful employment is hard to come by. And, in town after town, the people believed him. He offered what they could not resist: hope, and the promise of survival.

Then a few major health insurance companies got suspicious, as did some government officials. The lab billings, insurers alleged, were simply fraudulent. The staggering collapse left hundreds of employees without jobs and many more owed months of back pay. McDonald’s Buys AI Startup Dynamic Yield to Tap Into Customers’ Tastes. McDonald’s is investing in AI technology to encourage customers to order more. 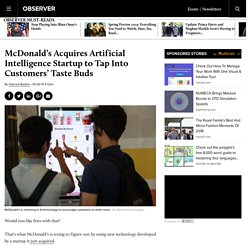 Joe Raedle/Getty Images Would you like fries with that? That’s what McDonald’s is trying to figure out, by using new technology developed by a startup it just acquired. The fast food chain, which bought the Tel Aviv-based machine learning firm Dynamic Yield for $300 million, plans to utilize their artificial intelligence (AI) algorithm for meal ordering and marketing purposes. Here's Why Frequent Flyers Miles Programs Are Scams. A Delta passenger found dog feces all over his plane seat while boarding, and he claims the crew gave him just 2 paper towels and told him to clean it up.

A passenger on a Delta Air Lines flight claimed he stepped in dog feces while boarding the plane, and the airline did not assist in helping him clean up the mess, multiple reports said. 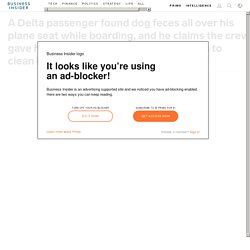 WXIA-TV, the NBC affiliate of Atlanta, known locally as "11 Alive," reported that on Thursday Delta Flight 1949 had not been properly cleaned before takeoff for Miami. Flight Aware confirmed Flight 1949 was a Delta Air Lines flight from Atlanta to Miami. According to a statement to Business Insider, Delta Air Lines confirmed that passengers boarded the flight before the cleaning of the previous flight had been completed, and during this earlier flight "an ill service animal" had an incident. Working at Netflix Sounds Like Hell. The Sears catalog – Quartz Obsession. Apple employees reveal the 19 best things about working for the world's most valuable company. WATCH: Woman dragged off flight for dispute over ‘life-threatening’ pet allergy.

Bloomberg. What Kind of Crazy Acquisition Could Apple Be Saving Up For? As Apple's stash of cash grows, so does the possibility that the world's most valuable company will use some of the money for a huge acquisition that would expand its empire beyond iPhones and other gadgets. 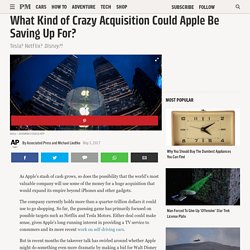 The company currently holds more than a quarter-trillion dollars it could use to go shopping. So far, the guessing game has primarily focused on possible targets such as Netflix and Tesla Motors. Either deal could make sense, given Apple's long-running interest in providing a TV service to consumers and its more recent work on self-driving cars. Advertisement - Continue Reading Below. McDonald's Is Rolling Out Table Service Nationwide. The misery of TurboTax capitalism: How private companies give big government a bad rep. ‘Size matters’: Marriott to buy Starwood, creating the world’s largest hotel company. Play Video1:15 Marriott buys Starwood for $12.2 billion. 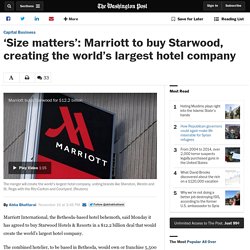 China—not online porn—is why Playboy is dumping nude photographs. United Airlines Apologizes To Passengers Who Slept In Canadian Military Barracks. United Airlines has apologized and refunded fares to customers whose flight from Chicago to London was grounded on Friday due to a maintenance issue, forcing them to spend the night in Canadian military barracks. 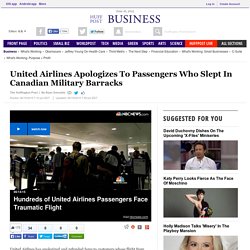 People aboard the flight say the company put its 11 crew members up in a hotel after an emergency landing in Goose Bay, Canada, while the 176 passengers were bused to the Goose Bay Air Base. There, they say, they spent the night in cold military barracks and weren't updated on their flight status. "Once we landed there was nobody at all from United Airlines to be seen anywhere," Lisa Wan, a passenger aboard Flight 958, told NBC News.

"No United representative ever reached out to anybody -- no phone calls, no human beings, nothing. Airline Revenues. Microsoft CEO Tells Women To Trust The System And Not Ask For Raises [UPDATED] Microsoft CEO Satya Nadella caused a stir on Thursday when he told an audience of tech industry women they should trust they will get raises when they deserve them -- despite overwhelming evidence to the contrary. 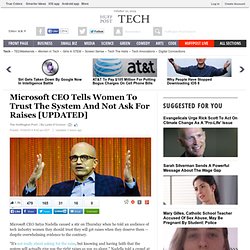 Why Wal-Mart Is Betting Big On Being Your Local Urban Grocer. A customer shops for groceries with her son at the Wal-Mart on H Street in Washington, D.C. Emily Jan/NPR hide caption itoggle caption Emily Jan/NPR Wal-Mart made its name by going big: massive super centers with gallon jars of pickles and rows and rows of lawn chairs and tires. Walmart to boost staff morale by playing less Celine Dion - Americas - World - The Independent. Theconversation.