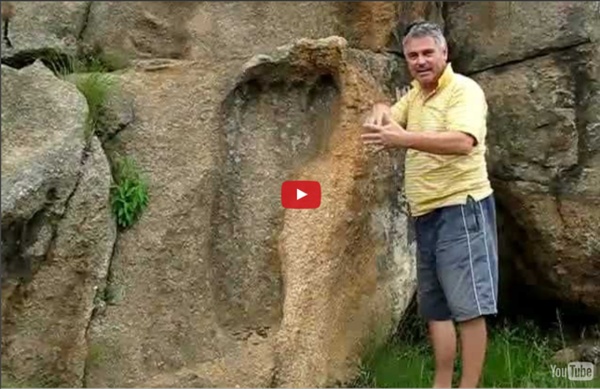 Annunaki, Hybrid Humans & Hidden History w- Michael Tellinger - Gnostic Warrior #6 NIBIRANS SETTLED MARS: Film Proof NASA Hid; Review by Sasha Lessin, Ph.D. Evidence I post here documents both from Sumerian literature and from photos cleansed of NASA visual shrouds, the voluminous documentation settlements Homo Sapiens from the planet Nibiru built and rebuilt on Mars. 450,000 years ago, Mars “was a planet with pleasant seasons, flowing water, oceans and rivers, cloudy blue skies and simple plant life. It’s now going through an ice age that started 13,000 years ago. When the next Martian warm period (interglacial) arrives, Mars will again flow with water.” Mars goes greater distance and takes more time to orbit around the sun than distance Earth goes and time Earth takes, since Mars’ orbital path stretches longer over its elliptical circuit than Earth’s also elliptical orbit takes. Both Earth and Mars rotate on their own axes in about 24 hours, so they have equivalent cycles of day and night. by Mike Bara To listen click the link below Kerry Cassidy & Bill Ryan by Sasha Lessin, Ph.D. .

NULLIFY ANUNNAKI-ILLUMINATI IMPRINTS: Their Program of Hate & How to Transcend It by Sasha Lessin, Ph.D. (Anthropology, U.C.L.A.) Ancient giants who claimed themselves gods imprinted violence, greed, slavery, debt and religion on us. They descended from self-styled “gods” who hailed from the planet Nibiru. They came to Earth for gold, got into running the planet for awhile, then most left. They and their half-breed descendants ruled Earth from 450,000 years ago and still do. They modeled obsessive and murderous competition for rule. They taught us–a race of Earth-adapted versions of them (with some copper, clay and proto-Bigfoot genes)–to obsess with rank, status, to compete, fight and even kill individually and in groups. They forced us into genocidal wars. They imposed language barriers and forbade education. They stand way taller and live way longer than we. They made us serve them and the “royal” lines of ever-murderous hybrid rulers and priests–the elite–they begat. Our origins’ facts, widely known, can end the power of the lies of rulers to impoverish us. Wood, J

Giant Articles Haven't you wondered about. . . Giants of the Solomon Islands and Their Hidden UFO BasesGiants in Scripture Why Giants? Johann PeturssonGiants on the Earth Giants by Glenn KimballAn Introduction To Philo Judaeus of Alexandria Historical Account of the Patagonians Size ChartsThe Hugo BrothersLeonid StadnikRobert WadlowJohan AasonGiants of RotterdamGiant Leg BoneGiant TombPendant with Giant Nazi Giant UlaanbaatarArtifacts in the Tokyo National MuseumGiants Lost in History : Ancient MysteriesThe Cerne Abbas Giant External Links and Resources Are Giants Returning to the Holy Land? Giant Humans and Dinosaurs Geneticists are Spell-Bound By Discovery of DNA That Confirms Fallen Angels Mated With Humans! (Stunning Videos) Monday, June 23, 2014 12:25 The World Genographic Project has been testing haplogroups (a group which relates to our deep ancestry) and has recently discovered that during the time of Noah’s flood a small group of extremely unusual DNA was introduced into the population. Geneticists have named it, Haplogroup I1. I believe this could be the DNA proof that fallen angels had sex with humans spoken of in the book of Genesis 6:4, “The Nephilim were on the earth in those days, and also afterward, when the sons of God came in to the daughters of men, and they bore children to them. Those were the mighty men who were of old, men of renown..” The haplogroup I1 gene has unique characteristics unlike any other gene, and geneticists are baffled by it. But this gene anomaly isn’t the only DNA proof that exists! Video by Lyn Leahz…. According to the news article in Ancient Origins: However, they say that these ‘Paracas Skulls’ are different! For More Information See: Like this:

Enki Speaks - 1 1 - The Celestial Battle: Nibiru meets Solaris and Tiamat (Proto Earth) Six thousand years ago, astronaut/pioneers from the planet Nibiru dictated Enuma elish -- the Creation Epic -- to the Sumerians. The Creation Epic says our Sun, a solitary star at this time in its history, first created a planet the Nibirans called Tiamat. Tiamat was the proto-Earth. It orbited Sun counterclockwise. Next, the Sun, called Apsu, created Mercury and propelled Mercury with water and gold to Tiamat. But, four billion years ago, before Kingu could attain planetary orbit around the sun, Nibiru entered the Solar System clockwise and split off a piece of Neptune. Then Nibiru ripped eleven moons from Tiamat and pulled Gaga, Saturn’s largest moon, into clockwise orbit (between Neptune and Uranus) where Gaga is now Pluto. Some of Nibiru’s moons hit Tiamat, creating the Pacific Basin in what was left of Tiamat. The shards of Tiamat (from the Pacific gouge Nibiru’s moon made) are Asteroids and comets. Go Back Go Back

PFC Paper #6: Present and Future Earth Changes and their True Causes 1. Abstract There is a lot of earth changes right now; much more than has been the norm in modern history. We have seen an increase in earthquakes, tsunamis, tornados, flooding, and strange weather behavior in general; mostly out of the ordinary. Even people who usually don't specifically notice such things are starting to wonder what is going on. When comes to earth changes I have noticed that people could be put in these three categories; 1) those who just go on with their lives, perhaps notice a few abnormalities happening, but think it's nothing unusual, not caring to look into it. Many people have emailed me and asked me what is going to happen in 2012, and if it's going to be the end of the world or not? Figure 3: The approximate orbit of Nibiru, and its path through our solar system With this said, let's return to Nibiru. This is precisely the situation with Nibiru. Ša.A.Me. is reportedly a rocky, watery planet some 4.8 times the size of Earth.

Pentagon Secret – The Anunnaki Are Returning by Gregg Prescott, M.S.Editor, In5D.com The Anunnaki may be returning to Earth according to one recent interview from a man with insider Pentagon sources. According to Stan Deyo, the buzzword around the Pentagon is that the Sumerian Gods are returning back to Earth. Anunnaki Ties to Comets ISON and Encke With two well known celestial objects on the horizon, one must question why the comets ISON and Encke were given those particular names. The word “on” is associated with the word An (pronounced “on”), as in Anunnaki, and one of their leaders, Anu (ON-nu). Comet Encke is much more obvious to those who have studied the Anunnaki. Western Sky UFO = Anunnaki? Many people are looking toward the western skies at an anomaly we can only call a UFO, as there are no major stars or planets in this particular area of the sky, according to the cellphone app, SkEye or Stellarium. As evidence from many reports and videos from all around the globe, this UFO changes color and size. Systems of Control

The Secret Anunnaki Atu-waa Things on this level are not always as they appear to be. For example: Israel's struggle is an alien diversion - a façade that has been kept up for centuries. Palestine's struggle is another alien diversion - a façade that has also been kept up for centuries. It is now time to reveal this information. The Vulturites and the Reptilians were once like family, but the "family" began bickering, and they broke off to form their own empires a long, long time ago. Before the schism occurred, the Reptilian Anunnaki Elite would re-start time whenever things got too far out of control. But for the re-location of the atu-waa to the Earth, this planet would still be an insignificant, primitive world. The Jews claim to be the chosen race of Jehovah, but what have they been chosen for? In reality, the first Jews were a special race, specifically "created" to perform a particular role for the Anunnaki. The latest guise being used is the fight against terrorists and the search for Osama bin Laden.