Lucille Clerc. Yvonne Mouser - In The Make. We arrived at Yvonne’s SOMA home and studio in the afternoon on one of San Francisco’s last warm days. 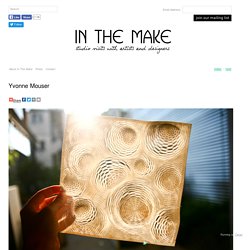 Yvonne greeted us with delicious homemade iced-tea and then gave us a tour of her house, garden and garage/studio space. As we stood in her overflowing garden, with the sun coming down on us in streams of soft golden light, and her kitty darted about by our feet, all I could think was, “Damn, this girl has got a good life.” My guess is that Yvonne does have a “good life,” but that she works really hard to make it that way. In general, she works seven days a week and because her studio is in the garage, right downstairs from her home, she constantly moves, both literally and figuratively, between the two spaces— and quite often her inspiration is ignited by the ordinary happenings at home, so in a way, she is always at work.

SimplyDifferently.org: Dome. The dome or hemispherical dwelling is an ancient shelter form alike the tipi, and there are many ways to build a dome, with bent bows or straight struts. 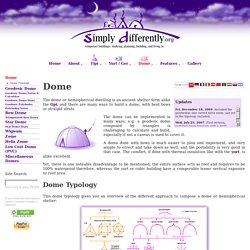 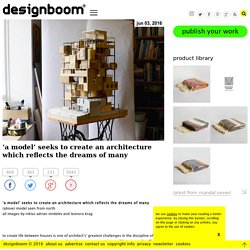 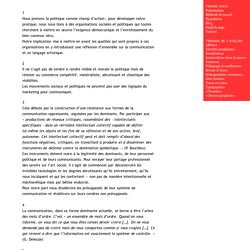 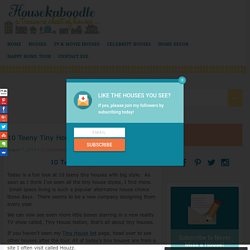 As soon as I think I’ve seen all the tiny house styles, I find more. Small space living is such a popular alternative house choice these days. Dave gibbons artwork: Landscape Drawings. Paris Flea Market Style as Home Decorating Inspiration. The Skimbaco Philosophy on Saving & Splurging I am a big believer that you can live life to the fullest on any budget. 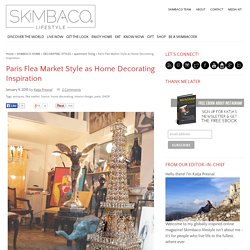 I love to splurge on things, but I equally love saving money on other things (so I can afford the splurges). I believe you should treat yourself, and not deny yourself the nice things or experiences in life even if they are not in your comfort level when it comes to pricing. It’s all about moderation, and sacrifices. Linoléum : Tous les messages sur linoléum - delamaingauche / le blog de sandra baud. 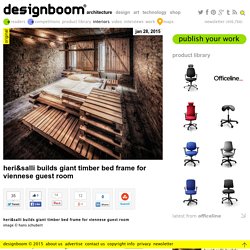 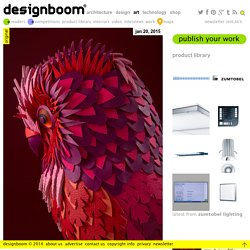 Lorenzo Bravi. Mycelium. Is a simulation of fungal hyphae growth using images as food. The project was originally started in 2005 while working at Logan in Venice, California. There have been many iterations since then. These are a few. Hyphae grow into the lighter areas of the image while avoiding their own trails. News — Coralie Bickford-Smith. A while ago I drew some animals for my friends at Just trade to make into brooches, earrings and necklaces. 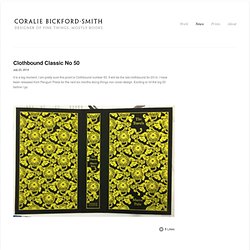 Just Trade are incredible, they make a real difference to people in the developing world. Click here to have a look at what they get up to. 'We work collaboratively on the design of our products with the artisans who make them. By teaching the fundamentals of design, we give the artisans that we work with the tools to take an active part in the product development process, encouraging a sense of pride and ownership in their work.' The animals I drew were then hand made in Quito, Ecudor by Olga and her family who are part of a nationwide group of World Fair Trade Organisation producers. 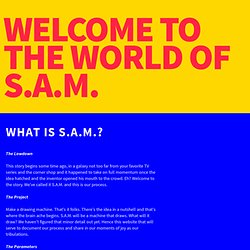 The Lowdown This story begins some time ago, in a galaxy not too far from your favorite TV series and the corner shop and it happened to take on full momentum once the idea hatched and the inventor opened his mouth to the crowd. Welcome to the world of S.A.M. Tom whalen : strongstuff illustration + design. Hand Illustrated Book by Allen Crawford. Extraordinary early 20th century book covers from Japan.

Extraordinary early 20th century book covers from Japan These covers come from Bookcover Design in Japan 1910s-40s (ISBN 4-89444-426-7) edited by Masayo Matsubara. Published in 2005 by PIE Books, this incredible book is already out-of-print and becoming hard to find (it was hard for me to find and I spend hours per day searching for rare books). This book is in Japanese only, but of course you need it for the 650 illustrations. Next week I'll post Japanese magazine covers from the same time period (link added 6/16/09). Takeo Takei, 1924 (previously covered) Kishio Suga at Tomio Koyama Tokyo. Kishio Suga 10 March - 14 April 2012 KISHIO SUGA Placement of the Hidden Currents 10 March - 14 April, 2012 Kishio Suga is a leading figure of the Japanese art movement known as Mono-ha (School of Things), which was active in the late 1960s and early 1970s.

After studying under Yoshishige Saito at Tama Art University, he created site-specific artworks, placing plain materials such as lumber, stone, metal, and sheets of glass in space to create new relationships between the things and the place or between one thing and another. He has always used everyday materials in his works and kept the amount of manual work to a minimum. Kishio Suga. Southbank Centre. Vidéo Biomimétisme : Naturellement Génial ! Street-art et Graffiti. Can City. Aug 18, 2013 Can City by Alexander GrovesAzusa Murakami from uk designer's own words: Studio Swine has made a mobile aluminium foundry which runs on waste cooking oil.

Justin Johnson - Smoke & Mirrors. The Story... Justin Johnson's highly anticipated double album "Smoke & Mirrors" is the most comprehensive musical statement yet made, about the past, present, and future of handmade American Roots instruments~ A sensory immersive musical journey that will have you spellbound from the first note. The "Smoke" album highlights the builds of some of the most talented, innovative, and artistic luthiers in the world today. "Smoke" was recorded at the legendary Sun Studio, the “Birthplace of Rock & Roll,” using the studio’s combination of vintage equipment and modern technology to showcase the corresponding qualities in the 18 modern roots instruments featured. Want To Sell More Art? Sell Yourself First. DES SIGNES – Muchir et Desclouds - Studio de graphisme à Paris – ACTUALITÉS.