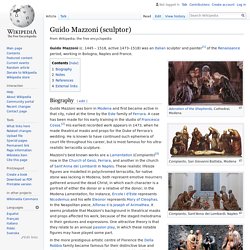 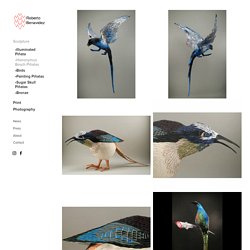 AJ Fosik. Eugenio Merino - How The Main Titles For Pirate Series "Black Sails" Became A Work Of Art. You don’t see any parrots, peg legs, or eye patches in the main titles for Black Sails, the new Starz series from executive producer Michael Bay that depicts the lives of a brutal band of pirates running an island in the Caribbean in 1715. 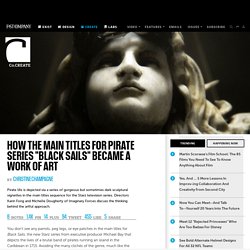 Avoiding the many clichés of the genre, much like the show aspires to do, the moody 90-second sequence directed by Karin Fong and Michelle Dougherty via creative studio Imaginary Forces reveals pirate life—in all its bloody glory—through a series of sculptural setups involving Baroque motifs, Gothic architecture, and Rococo style. Fong, who has since left Imaginary Forces and joined Wonderland Sound and Vision as president, credits Imaginary Forces lead designer Alan Williams with coming up with the idea of creating a pirate world out of classic sculpture during a brainstorming session. Water—also computer-generated—is another major element in the titles. Kinetic ‘Insecta’ Lamps by U-Ram Choe. Silver Insecta Lamp, 2013. 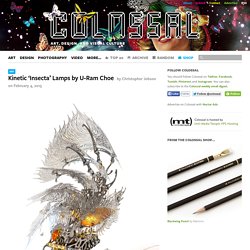 Wikipedia Kintsugi (or kintsukuroi) is a Japanese method for repairing broken ceramics with a special lacquer mixed with gold, silver, or platinum. 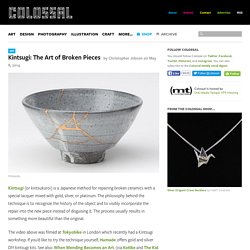 The philosophy behind the technique is to recognize the history of the object and to visibly incorporate the repair into the new piece instead of disguising it. The process usually results in something more beautiful than the original. The video above was filmed at Tokyobike in London which recently had a Kintsugi workshop. JAVIER PÉREZ. Search Results. …urtesy Klein Sun Gallery Courtesy Klein Sun Gallery Currently on view at Klein Sun Gallery in New York, artist Li Hongbo (previously) has an exhibition of new and old work titled Tools of Study. 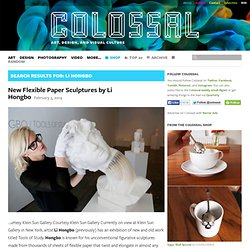 Hongbo is known for his unconventional figurative sculptures made from thousands of sheets of flexible paper that twist and elongate in almost any direction, many of which take several months to complete. Via Klein Sun: Li Hongbo’s stunning, stret… Robert Szklarski. Netsuke, Inro, Sagemono. Richard MacDonald Studio. 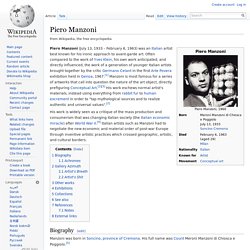 Often compared to the work of Yves Klein, his own work anticipated, and directly influenced, the work of a generation of younger Italian artists brought together by the critic Germano Celant in the first Arte Povera exhibition held in Genoa, 1967.[1] Manzoni is most famous for a series of artworks that call into question the nature of the art object, directly prefiguring Conceptual Art.[2][3] His work eschews normal artist's materials, instead using everything from rabbit fur to human excrement in order to "tap mythological sources and to realize authentic and universal values".[2] Biography[edit] Manzoni was born in Soncino, province of Cremona.