Digital Art. Land Art. Graphic Art. The Jealous Curator /// curated contemporary art. Calligraphy. Papercraft. Anamorphic Graffiti Letters and Characters - Original Style. A Home For Media Artists. EMPTY KINGDOM TOP 100 Artists of 2013. [Photo by: Shelbie Dimond] 939 is the magic number for EK in 2013. 939 only has 4 factors: 1, 3, 313, 939…which doesn’t really have any significant meaning relating to our TOP 100. 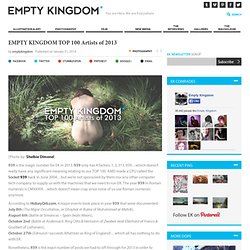 AMD made a CPU called the Socket 939 back in June 2004…but we’re not sponsored by them nor any other computer tech company to supply us with the machines that we need to run EK. The year 939 in Roman numerals is CMXXXIX…which doesn’t mean crap since none of us use Roman numerals anymore. According to HistoryOrb.com, 4 major events took place in year 939 that were documented:July 8th (The Major Occultation, or Ghaybat el-Kubra of Muhammad al-Mahdi),August 6th (Battle at Simancas – Spain beats Moors),October 2nd (Battle at Andernach: King Otto & Hermann of Zwaben beat Eberhard of France & Giselbert of Lutherans),October 27th (Edmund I succeeds Athelstan as King of England)…which all has nothing to do with EK.

And to continue the tradition like in years prior, we dedicate the 100th spot to the hustlers. 1. 2. 3. 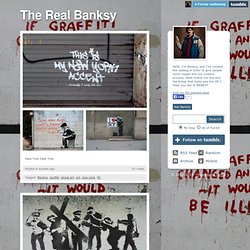 It’s a shame because I was particularly pleased with the way the layers came out. What do you lot think? You're obviously not banksy, banksy wouldn't do it. If you watched the exit through the gift shop, you'd know that he wouldn't do something like have a mobile phone and someone film him, let alone a tumblr Anonymous Well that just, like, your opinion, man. What is the meaning behind all your works, in general? What do you want them to mean? If you are the real Banksy, how do you feel about all the merchants in Camden selling merchandise with your artwork plastered acrost it? I used to get annoyed about it, but to be honest those guys are not that well off, they come from the same place that I did, and I’d rather they made money off it than rich art dealers and bandwagon-jumping celebrities. The Onion do make me laugh, I don’t know how I’ve never seen this before. For the record, I’m male and I don’t have any grandchildren… yet.

See press coverage and more info here. This article was published online by 3ammagazine.com and in print by The Jackdaw Sept/Oct 2010 issue. Read The Art Damien Hirst Stole Part 2 here by Charles Thomson, co-founder of the Stuckists art group In 1995, Damien Hirst defended his work with the rationale, "It's very easy to say, 'I could have done that,' after someone's done it. In 2000, he decided that doing it was not the justification after all: "I don't think the hand of the artist is important on any level, because you're trying to communicate an idea. " In 2006, the idea of the artist was not important on any level either: "Lucky for me, when I went to art school we were a generation where we didn't have any shame about stealing other people's ideas. 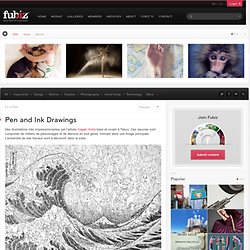