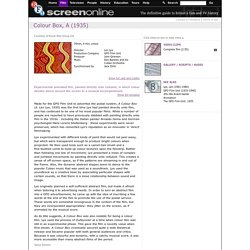 Len Lye, 1935) was the first time Lye had painted directly onto film, and has continued to be one of his most popular films. While a number of people are reported to have previously dabbled with painting directly onto film in the 1910s - including the Italian painter Arnaldo Ginna and German psychologist Hans Lorenz Stoltenberg - these experiments were never preserved, which has cemented Lye's reputation as an innovator in 'direct' filmmaking. Lye experimented with different kinds of paint that would not peel away, but which were transparent enough to produce bright colours when projected. Watch A Colour Box online - BFI Player. Boogie-Doodle. Barbel Neubauer Direct animation Feuerhaus 1998 - exposed objects by flashlight. Alfred. Frame by Frame - Julia Neubauer. 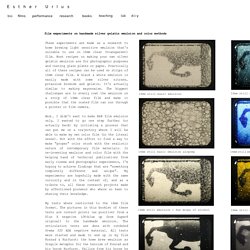 Most recipes on making your own silver gelatin emulsion are for photographic purposes and coating glass plates or paper. Practically all of these recipes can be used on strips of 16mm clear film. A black & white emulsion is easily made with some silver nitrate, potassium bromide and gelatin. It's actually similar to making mayonnaise. A Short Film by Richard Reeves. 'TV' 2018 Richard Reeves. 16mm film strip by Guy Sherwin. Moviola1. Flatbedmoviola. Splicing Leader to Shrunken 16mm Film, Part 3 (clip 33) Some Artists using 16mm. ‘Disappearance at Sea’, Tacita Dean, 1996.

Created by the British artist Tacita Dean, Disappearance at Sea 1996 is a 16 mm colour film with sound shot on location at the lighthouse on St Abb’s Head in Berwick-upon-Tweed in northern England. 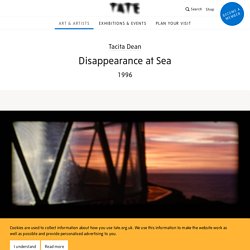 Shown on a loop, the fourteen-minute film consists of seven lengthy shots captured by a static camera that alternate between close-ups of the rotating lighthouse bulbs and footage looking out to sea. As the film progresses the scene changes from dusk to nightfall, with the colour of the sky shifting through a range of yellows, reds and purples. The soundtrack features the noise of seagulls, waves and the wind, as well as the rhythmic mechanical movements of the lighthouse machinery. The film ends with a shot of lighthouse beams panning the darkened coastline as the seagulls’ cries reach a crescendo. Tricky Women: Women In Animation. Tricky Women - Women in Animation DVD TRICKY WOMEN : Women In Animation / AnimationsfilmKunst von FrauenEdited by Grausgruber, Waltraud; Wagner, Birgitt (Hg.)Schüren Verlag (Marburg)English and German, with DVDISBN: 978-3-89472-723-9Price: 24,90 € (approximately $33 USD) Women in animation - the phrase alone raises eyebrows. 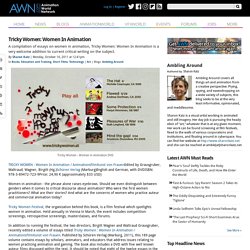 Should we even distinguish between genders when it comes to critical discourse about animation? Who were the first women practitioners? What are their stories? Tricky Women Festival, the organization behind this book, is a film festival which spotlights women in animation. In addition to running the festival, the two directors, Birgitt Wagner and Waltraud Grausgruber, recently edited a volume of essays titled Tricky Women : Women In Animation / AnimationsfilmKunst von Frauen. An Afternoon With Michel Gondry. 3 Suns by João Maria Gusmão + Pedro Paiva at Sies + Höke. Ben Rivers This Is My Land (excerpt)2006. Interview at ACCA 2013. Tacita Dean, on Film. Interview Tacita Dean: Film. Cities of Gold and Mirrors. Cyprien Gaillard. Ben Rivers, 'Origin of The Species' Ben Rivers, 'Ah, Liberty!' Light Trap Greg Pope & Norbert Möslang 2007. 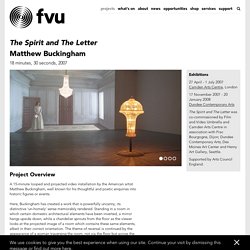 Here, Buckingham has created a work that is powerfully uncanny, its distinctive ‘un-homely’ sense memorably rendered. Standing in a room in which certain domestic architectural elements have been inverted, a mirror hangs upside down, while a chandelier sprouts from the floor as the viewer looks at the projected image of a room which contains these same elements, albeit in their correct orientation. The theme of reversal is continued by the appearance of a woman traversing the room, not via the floor but across the ceiling. Rosa Barba A Private Tableau YouTube. Rosa BARBA : Somnium (EXCERPT) Rosa Barba (2012) Bait review – one of the defining British films of the decade. Cornish film-maker Mark Jenkin’s breakthrough feature is a thrillingly adventurous labour of love – a richly textured, rough-hewn gem in which form and content are perfectly combined. 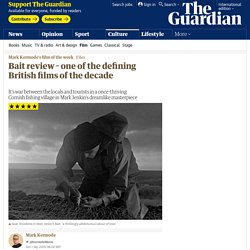 A refreshingly authentic tale of tensions between locals and tourists in a once-thriving fishing village, it’s an evocative portrait of familiar culture clashes in an area where traditional trades and lifestyles are under threat. Shot with clockwork cameras on grainy 16mm stock, which Jenkin hand-processed in his studio in Newlyn, Bait is both an impassioned paean to Cornwall’s proud past, and a bracingly tragicomic portrait of its troubled present and possible future. Cities of Gold and Mirrors. Cyprien Gaillard. Short Film Series 1975 - 2014, Guy Sherwin (DVD) - LUX. Available for the first time on DVD, Guy Sherwin’s acclaimed Short Film Series, a unique collection of interconnected 16mm 3 minute films started in 1975. 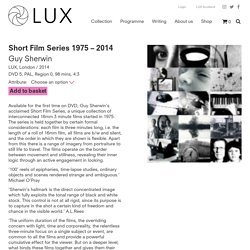 The series is held together by certain formal considerations: each film is three minutes long, i.e. the length of a roll of 16mm film, all films are b/w and silent, and the order in which they are shown is flexible. Apart from this there is a range of imagery from portraiture to still life to travel. The films operate on the border between movement and stillness, revealing their inner logic through an active engagement in looking. ‘100’ reels of epiphanies, time-lapse studies, ordinary objects and scenes rendered strange and ambiguous.’ Michael O’Pray ‘Sherwin’s hallmark is the direct concentrated image which fully exploits the tonal range of black and white stock. Paper Landscape #2, film performance by Guy Sherwin (documentary extract) Meshes of the Afternoon by Maya Deren. Rip Current. Mirrored Measure by Sarah Pucill. HALF LIFE - Short Film by Luke Fowler 2006. Anna - Luke Fowler (Film London Jarman Award 2008) 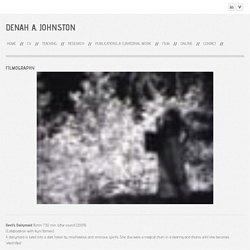