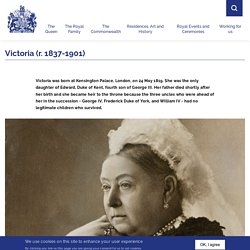 She was the only daughter of Edward, Duke of Kent, fourth son of George III. Her father died shortly after her birth and she became heir to the throne because the three uncles who were ahead of her in the succession - George IV, Frederick Duke of York, and William IV - had no legitimate children who survived. Warmhearted and lively, Victoria had a gift for drawing and painting; educated by a governess at home, she was a natural diarist and kept a regular journal throughout her life. On William IV's death in 1837, she became Queen at the age of 18. Queen Victoria is associated with Britain's great age of industrial expansion, economic progress and, especially, empire. 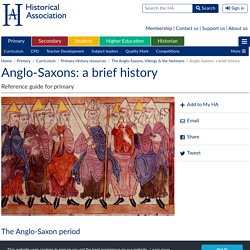 The period used to be known as the Dark Ages, mainly because written sources for the early years of Saxon invasion are scarce. However, most historians now prefer the terms 'early middle ages' or 'early medieval period'. All you need to know about the Great Fire of London. Battle of Waterloo. The Battle of Waterloo, which took place in Belgium on June 18, 1815, marked the final defeat of Napoleon Bonaparte, who conquered much of Europe in the early 19th century. 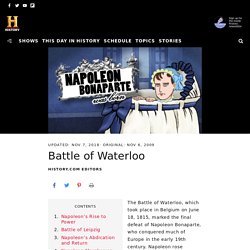 Napoleon rose through the ranks of the French army during the French Revolution, seized control of the French government in 1799 and became emperor in 1804. Through a series of wars, he expanded his empire across western and central Europe. The Battle of Waterloo, in which Napoleon’s forces were defeated by the British and Prussians, marked the end of his reign and of France’s domination in Europe. Napoleon’s Rise to Power Napoleon Bonaparte, born in 1769 on the Mediterranean island of Corsica, rose rapidly through the ranks of France’s military and proved himself a talented and daring leader. After seizing political power in France in a 1799 coup d’état, he was given the title of first consul and became France’s leading political figure.

D-Day. The longest Day 6 June 1944 entered history under the now legendary name of D-Day, the Allied landings on the beaches of Normandy. 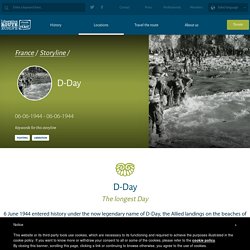 It was the most dramatic part of Operation Overlord, that marked the beginning of the liberation of German-occupied Western Europe. Four years after the crushing defeat of France, Belgium and the Netherlands in the spring of 1940, the Anglo-American Allies launched Operation Overlord. The aim was to gain a foothold in Western Europe in order to defeat Nazi Germany, along with the Soviet Army on the Eastern front. Normandy was chosen because of its close proximity to the British coast, thus allowing Allied aircraft to effectively support troops landing during the initial phase of the assault (Operation Neptune).

Above all, the German defences along this stretch of the coastline were less formidable than in the north. Despite poor weather conditions and fierce resistance from German units the operations were successful. Gunpowder Plot - Treason, Definition & Conspirators. The Gunpowder Plot was a failed attempt to blow up England’s King James I (1566-1625) and the Parliament on November 5, 1605. 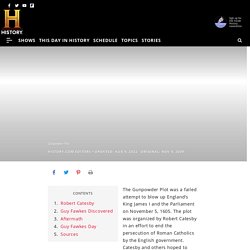 The plot was organized by Robert Catesby (c.1572-1605) in an effort to end the persecution of Roman Catholics by the English government. Catesby and others hoped to replace the country’s Protestant government with Catholic leadership. Around midnight on November 4, 1605, one of the conspirators, Guy Fawkes (1570-1606), was discovered in the cellar of the Parliament building with barrels of gunpowder. 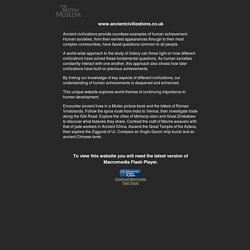 Human societies, from their earliest appearances through to their most complex communities, have faced questions common to all people. A world-wide approach to the study of history can throw light on how different civilizations have solved these fundamental questions. As human societies constantly interact with one another, this approach also shows how later civilizations have built on previous achievements. By linking our knowledge of key aspects of different civilizations, our understanding of human achievements is deepened and enhanced. This unique website explores world themes of continuing importance to human development.

Encounter ancient lives in a Mixtec picture-book and the letters of Roman Vindolanda. To view this website you will need the latest version of Macromedia Flash Player. Indus Valley - KS2 History - BBC Bitesize. Timemaps. Pudding Lane Productions, Crytek Off The Map. A day-by-day chronicle of the aerial conflict in 1940 between the British Royal Air Force and the German Luftwaffe. Bomb Sight - Mapping the World War 2 London Blitz Bomb Census. Google Arts & Culture. Smithsonian Open Access. Primary Topic Websites. We have put together a short list of websites that may be useful for teaching particular topics. 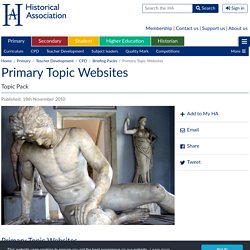 Please note this is not an exhaustive list, the sites are not necessarily ones we endorse and are by no means fully tried and tested by us, but are simply the result of a little research to put what seem to be useful sites all in one place for you. If you have any great sites to add, please let us know!