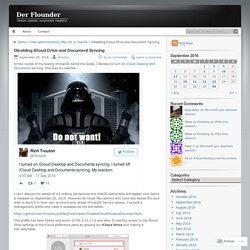 This was my reaction: I can’t discuss the details of my testing yet because the macOS Sierra NDA still applies until Sierra is released on September 20, 2016. However, for those Mac admins who have also tested this and wish to block it in their own environments ahead of macOS Sierra’s release, I’ve built a management profile and made it available via the link below: This profile has been tested and works on OS X 10.11.6 and later. Fantasy Short Film. Absolutely one of my favorite VFX sci-fi/fantasy releases of the year, Mike Grier’s dystopian, environmental parable combines everything I love about the form, from gorgeous practical design with tasteful VFX work, to a genuinely satisfying story set within an exciting and interesting world. 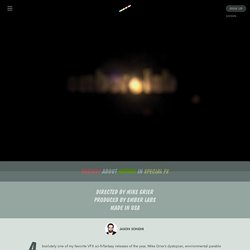 The setup is a bit cliché of course—an outsider, part of an ancient but disparaged order, nurses a crushing heartbreak that has alienated him from society. (Saving...) (Saving...) Flickr. Earth Temperature Timeline. (Saving...) Emu4iOS - iOS Emulators, No jailbreak or computer. Get GBA4iOS, gpSPhone, iSSB, and more without jailbreak! (Saving...) ImagePrinter Pro. Master PDF Editor for Mac OS X, Windows and Linux. Make an Epic “Snow-Lapse” with the Phone or Camera You Already Own — Hacker Daily. iPhone/iPad/iPod Touch With any iPhone, iPad or iPod Touch, you can capture great Time-lapse video. 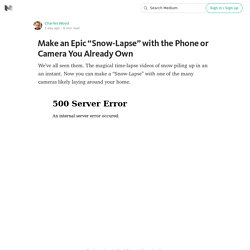 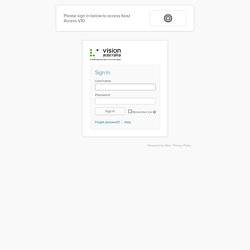 Your security image gives you additional assurance that you are logging into your Okta Cloud Area Network, and not a fraudulent website. If you don't recognize your security image then do not enter your username or password. (Saving...) First Contact - LSPDFR Mod for GTA V. 8 Reasons Why Drift Is Better Than GoPro. Ouch! 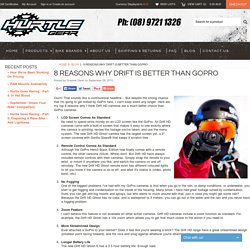 That sounds like a controversial headline... But despite the strong chance that I'm going to get trolled by GoPro fans, I can't keep silent any longer. Here are my top 8 reasons why I think Drift HD cameras are a much better choice than GoPro cameras: LCD Screen Comes As Standard No need to spend extra money on an LCD screen like the GoPro. All Drift HD cameras come with a built-in screen that makes it easy to see exactly where the camera is pointing, review the footage you've taken, and use the menu system. Favourites - Public Transport Victoria. Real Story of The Secret Space Station. Lilia Aucapina was a beloved face on the East End, a devoted mom and active in community service. 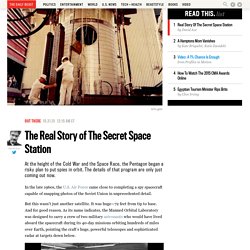 And then she vanished without a trace. From the outside, Lilia Aucapina had it all. Two months before she vanished, the Hamptons house cleaner and her 14-year-old daughter cooked for pediatric cancer patients. Friends said the mother devoted her life to helping others and taught her kids to do the same. Customer Log In. Upload GIFs & Share with Friends. UPLOADUse Upload to put your GIF collection on GIPHY so that you can share your GIFs on Facebook, Twitter, Instagram, text message, email, and everywhere else. 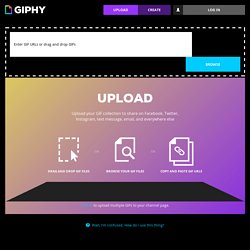 Choose GIF files to add by dragging and dropping, clicking the blue search button to browse your files, or entering GIF URLs to add files for upload. You must be logged in to upload multiple GIFs so we can save them to your channel page. TIP: If you add GIFs via URL make sure your URL is an image URL ending in .gif and not just any website URL (example GIF URL: Optional: You can change the order GIFs will appear on your channel page by dragging and dropping the files or clicking "Reverse Order. " Optional: You can add relevant tags to your GIFs, separated by commas, and add a Source URL to give credit to the original source. Hit the Upload GIFs button to finish. Blue Milk Special - Smokin’ Leia. Some announcements are coming on Tuesday next week about Blue Milk Special events, so be sure to check back. 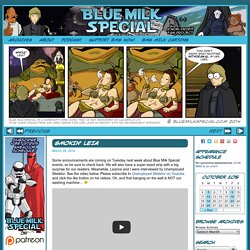 We will also have a super-sized strip with a big surprise for our readers. Meanwhile, Leanne and I were interviewed by Unemployed Skeletor. See the video below. Please subscribe to Unemployed Skeletor on Youtube and click the like button on his videos. Oh, and that banging on the wall is NOT our washing machine… As mentioned last Monday, I am selling more of our belongings to raise money for medical expenses. The Physics of Back to the Future — Starts With A Bang! Mr. 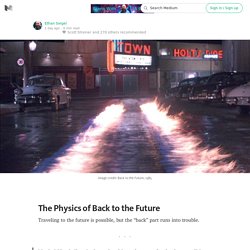 Strickland: “I noticed your band is on the roster for the dance auditions after school today. Why even bother, McFly? You don’t have a chance. You’re too much like your old man. No McFly ever amounted to anything in the history of Hill Valley!” Lazy Yak - Matilda Bay puts Yak pack on rack. 8 Reasons Why Drift Is Better Than GoPro. 15 Most Offensive Gaming Characters Ever. “You will feel ashamed of your words and deeds”. 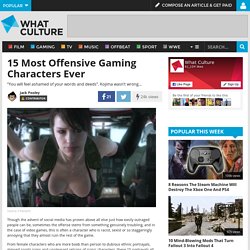 Kojima wasn’t wrong… SVALT D Performance Cooling Dock. EXCLUSIVE: Why Apple Is Still Sweating the Details on iMac — Backchannel. The Inside Story of Apple’s New iMacs Retina displays, rechargeable input devices, a force touch trackpad, and more power. Not bad for a truck. Redditor Uses Hyperlink Trickery to Meet Taylor Swift. We’re not going to say, “We knew he was trouble when he walked in.” We’re not going to tell you “that’s how it works,” or “that’s how you get the girl.” We won’t even try to sneak in a line like “clickbaiters gonna bait, bait, bait, bait, bait.”

(Saving...) (Saving...) (Saving...) Tweetbot 4 Review: Bigger Bot. There have only been two great Twitter apps for iPad since 2010: Loren Brichter's Twitter, and the original Tweetbot for iPad. As I reminisced last year in my look at the state of Twitter clients, iOS apps for Twitter are no longer the welcoming, crowded design playground they once were. Developing a Twitter client used to be an exercise in taste and restraint – a test for designers and developers who sought to combine the complex networking of Twitter with a minimalist, nimble approach best suited for a smartphone.

Twitter reclaimed their keys to the playground when they began offering "guidance" on the "best opportunities" available to third-party developers. I rode in a Model S equipped with Tesla’s v7 Beta Autopilot – Here’s how it works [Part 1] In mid-August Tesla sent out the first release of its beta v7.0 software update to early access testers all around the U.S. and parts of Europe. This particular update is an extremely anticipated one, not just because of the UI design overhaul, but because it includes several new ‘Autopilot’ features, which some Model S owners have been waiting for close to a year now.

Wonderland began as a small project in 2009 when Mitchell decided to explore childhood stories shared by her mother, an English teacher, who died from cancer several years earlier. (Saving...) (Saving...) Twitter's Moment. Burner adds IFTTT-like recipes for your throwaway phone numbers. Burner is an incredibly useful app that lets you create and share phone numbers when you don’t want people to have your direct line.

Now the app is making those burner accounts work for you in ways that go beyond messaging and phone calls by integrating with third-party apps, starting with Slack, Dropbox, Evernote, and Soundcloud. Adobe Unveils Its Photoshop Fix Mobile Editing App. After pulling the plug on its Photoshop Touch app back in May, Adobe is now back in the mobile photo editing game. Today the company officially launched Photoshop Fix, the app that was teased months ago and code-named “Project Rigel.” The new app offers a revamped retouching and restoration-focused image editing on mobile devices, both smartphones and tablets. It includes a number of powerful features from the desktop Photoshop app, including Healing Brush for removing imperfections and Liquify for reshaping areas of photos.