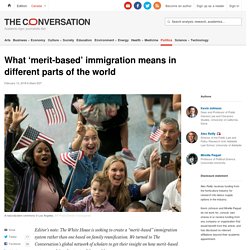 We turned to The Conversation’s global network of scholars to get their insight on how merit-based systems work in other parts of the world. Kevin Johnson, dean and professor of public interest law and Chicana/o studies, University of California, Davis, United States President Donald Trump has called for overhauling the current U.S. immigration laws.

Currently, the laws give priority to providing visas for family members of people already in the U.S. Theconversation. President Donald Trump has made comprehensive immigration reform in the United States one of his key legislative goals. 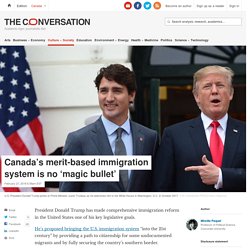 He’s proposed bringing the U.S. immigration system “into the 21st century” by providing a path to citizenship for some undocumented migrants and by fully securing the country’s southern border. Central to his plans is a merit-based, Canada-style immigration system that would replace the current American system that focuses on family reunification and a diversity lottery. But is merit-based immigration the simple solution for the complex set of immigration-related issues facing the United States?

The Rise of the Social Media Fembot. Our Hackable Political Future. What It’s Like to Live in a Surveillance State. Should we gamify citizenship? We live in a world filled with status symbols. 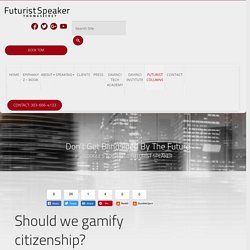 Every well-written resume is chocked full of symbols of distinction ranging from academic accomplishments, job titles, published works, personal endorsements, memberships, patents, awards, and more. However, most of these achievements go unnoticed. For example, the financial world will pay attention to a persons FICO score, but little else. The employment world is focused on specific accomplishments that relate to a persons ability to perform a particular job. Customer loyalty programs help incentivize the renewed buying patterns of great customers. 300,000 applications as Cape Breton market offers 'land for jobs' - Newfoundland & Labrador.

Heather Coulombe says it was more of an act of desperation than a clever marketing ploy to offer land to job applicants. 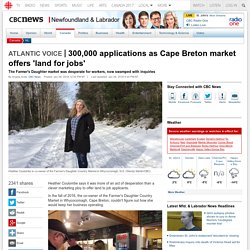 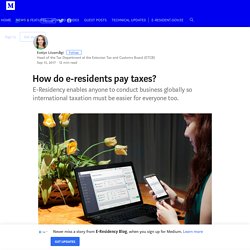 That’s no reason to be complacent though. Not only does the Estonian Tax and Customs Board have to keep innovating to better serve citizens, residents and other tax payers, but it also now serves entrepreneurs from our growing community of e-residents around the world. Airport Face Scanning Skates on Thin Legal Ice—and Doesn’t Work Too Well.

AI image recognition has made some stunning advances, but as new research shows, the systems can still be tripped up by examples that would never fool a person. 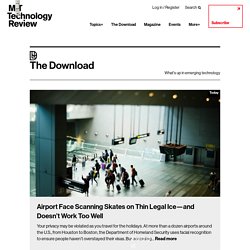 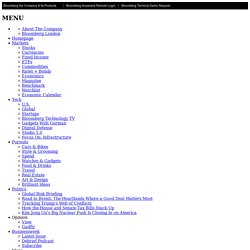 “The process was bang on,” Bryan Smith, chief executive officer of the Toronto-based company, said. It took less than the government’s target of 10 business days to process the recruit’s application. Previously it could take several months. “If the government says two weeks and it actually is, that will create a whole new process around it.” As President Donald Trump moves to crack down on the immigration of high-tech workers to the U.S., Prime Minister Justin Trudeau’s new Global Skills Strategy is taking off. New Zealand creates special refugee visa for Pacific islanders affected by climate change, Australia/NZ News. SYDNEY - With ocean levels rising in recent decades due to the warming planet, one of the most direct effects has been on the residents of low-lying Pacific nations where coasts have been subsiding and some islands have disappeared. 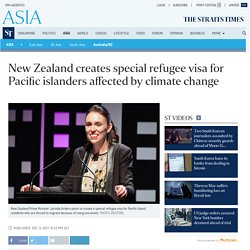 The result is a looming wave of "climate refugees" who are set to present a new migration problem to the region. As some Pacific countries prepare to relocate entire communities, New Zealand's newly-elected Labor-led coalition government has become the first country in the world to introduce a climate refugee scheme. The Prime Minister, Ms Jacinda Ardern, plans to create a special refugee visa for Pacific Island residents who are forced to migrate because of rising sea levels. The government wants to discuss the scheme with Pacific nations next year and plans to start with 100 places annually. Estonia, the Digital Republic. Up the Estonian coast, a five-lane highway bends with the path of the sea, then breaks inland, leaving cars to follow a thin road toward the houses at the water’s edge. 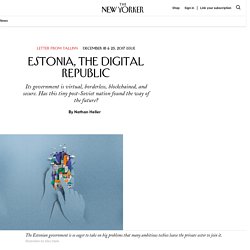 There is a gated community here, but it is not the usual kind. The gate is low—a picket fence—as if to prevent the dunes from riding up into the street. Airports without passports? LAS VEGAS – Is it possible to show up at any airport in the world without your passport and still board your scheduled flight; get to your intended destination and get back home? 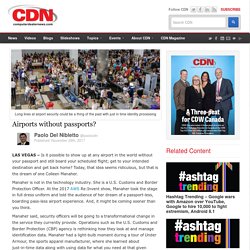 The homes are typically built to high environmental standards, too — think solar panels and composting. NotCo Created an Algorithm to Make Mayo—but That’s Just the Start. US Homeland Security Wants Facial Recognition to Identify People in Moving Cars. How Nashville is training a new generation of local leaders from its immigrant communities. NASHVILLE, United States — One day this July, two dozen leaders from various immigrant communities here gathered in the Glencliff High School auditorium to learn how public education works in this fast-growing southern city.

They were from Bhutan, Colombia, Egypt, Ethiopia, Mexico and many other countries. And they had lots of questions. Why do some schools provide transportation but others don’t? What’s a “charter” school? Why are the results of students’ English-language assessments reported only in English? VIP speakers, including the chairwoman of the Board of Education, were on hand to provide some answers.

The schools meeting was just one of seven sessions this year of a pioneering Nashville leadership training program known as MyCity Academy. This week, the MyCity Academy Class of 2016 will hold its graduation ceremony, against the backdrop of anti-immigrant rhetoric from the incoming U. Navigating Complexity: Climate, Migration, and Conflict in a Changing World.

Catalan independence: Madrid fears separatists plan a ‘digital’ state. Catalan separatist leaders have been accused of turning to Estonia for help in creating a “digital” government to run their region after independence from Spain. Documents seized from Barcelona offices and then leaked to the Madrid press indicate that Catalan officials had travelled regularly to the Baltic nation earlier this year for advice on setting up a post-independence online administration, according to El Pais, the Spanish newspaper. Spain is on tenterhooks this weekend with Carles Puigdemont, the Catalan president, facing a deadline tomorrow to choose between his continuing defiance of Madrid and dropping the independence plans that he claims were approved by a majority of voters in a referendum two weeks ago. If he does not back down tomorrow, the government in Madrid has given… Want to read more?

Get unlimited access to the website, tablet and smartphone apps for just £1 a week. Storming the wall: climate change, migration, and homeland security by Miller, Todd (9780872867161) VLeBooks has two types of license available: Users: This license limits use of the book to a maximum number of concurrent users. i.e. If the license you purchase is a 3 user license, 3 people can read the book simultaneously. Where the book is downloaded, this counts as 1 user for the duration of the download. 450,000 Immigrants Per Year: Assessing the Economic Impact of Higher Immigration Levels in Canada. This 60-minute webinar will walk you through the report findings to provide a better understanding of the role immigration plays in Canada’s economic future. This webinar will share insights on: The economic impact of status-quo immigration levels (0.82% of Canada’s population) versus higher levels (350,000; 400,000; 450,000 immigrants per year) The impact of higher levels on Canada’s population size, GDP, GDP per capita, and other metrics The key considerations Canada must take into account and pursue to ensure that Canada’s economy continues to benefit from immigration.

How new sensory technology could strengthen our borders. Cate Blanchett Voices ‘Game Changing’ NDIS Avatar. Is Apple About to Accidentally Kill Government as Platform? An effort by Apple to prevent spam may unintentionally undo years of digital government app development. Facebook Faces a New World as Officials Rein In a Wild Web - NYTimes.com. How a tax haven is leading the race to privatise space. Bloomberg. I recently had a discussion with my Bloomberg View colleagues Conor Sen and Justin Fox about whether cities or suburbs are the future in the U.S. Ernst & Young Removes University Degree Classification From Entry Criteria As There's 'No Evidence' It Equals Success. The world could run out of food two decades earlier than thought.

Will Mixed Reality Replace Phone Calls? – Super Ventures Blog – Medium. The $78 trillion free lunch. Where Migrant Workers Have a Stronger Work Ethic Than Natives. This earpiece can translate foreign languages as you speak. Happify. How Sweden Is Fast Tracking Refugees Into The Workforce. For most countries in Europe and North America, driving down immigration, protecting employment for native workers and controlling borders are becoming dominant trends in the political narrative.

Lack of workers with 'soft skills' demands a shift in teaching. This Infamous Amsterdam Prison Is Now A Creative Hub For Refugees. This is what transport in the future could look like. Between Hyperloop, Boom jets, and near-supersonic trains, the future of travel is getting much closer — Quartz. Toronto a 'Sanctuary City' Big city mayors confident they'll remain sanctuaries. New Cities as a Solution to the Syrian Refugee Crisis. How Technology Could Facilitate and then Destroy Legal Immigration. Airbnb Promises Housing for Refugees in Need in Response to Donald Trump.