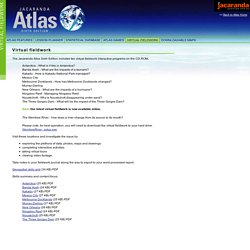 Antarctica - What is it like in Antarctica? Banda Aceh - What are the impacts of a tsunami? Kakadu - How is Kakadu National Park managed? Mexico City Melbourne Docklands - How has Melbourne Docklands changed? Murray-Darling New Orleans - What are the impacts of a hurricane? Visit these locations and investigate the issue by: exploring the plethora of data, photos, maps and drawings completing interactive activities taking virtual tours viewing video footage. 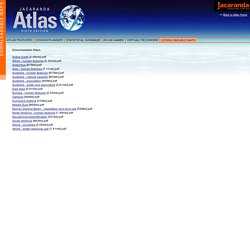 8 ways Magna Carta still affects life in 2015. Magna Carta had a dual impact on the British Empire and its successor, the Commonwealth of Nations. 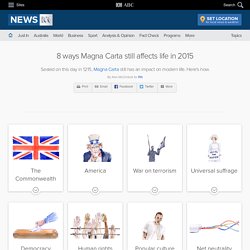 It was used by British administrators, colonists and merchants to justify the nation's imperial ambitions but its legacy has also been invoked by Indigenous people and colonial subjects in their pursuit of justice and independence. Britain's early overseas ambitions were mercantile and chartered companies like the East India Company and the Hudson's Bay Company were granted monopolies by royal decree.

This upset other British merchants, who in 1690 asserted that the right to free commerce granted by Magna Carta should also apply in the colonies. According to historian Zoe Laidlaw, from the 18th century onwards, "it was expatriate Britons and their descendants, not the imperial government, who asserted rights under Magna Carta". In 1840, the British Crown and Maori chiefs signed the Treaty of Waitangi, which guaranteed the Maori their "land, rights and privileges". KS3 Bitesize Geography - Development : Activity. 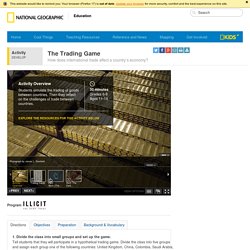 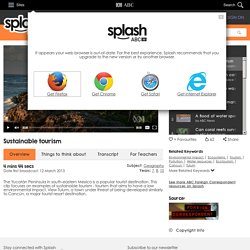 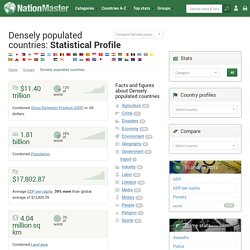 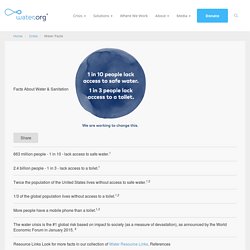 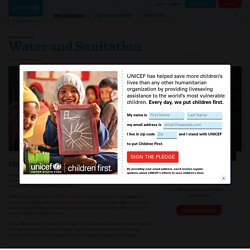 Water is life. When water is unsafe and sanitation non-existent, water can kill. Globally, waterborne illnesses are a leading cause of death for children under five, killing nearly 1,000 children every day. UNICEF works in more than 100 countries to improve access to safe water and sanitation facilities. Whether by restoring access to clean water after a disaster or promoting safe hygiene practices in schools and communities, UNICEF is on the ground helping children in need.

Since 1990, thanks to the work of UNICEF and its partners, some 2.6 billion people have gained access to clean drinking water. 100 People: A World Portrait. TeachUNICEF. Refugee kids adapt to Australia. 00:00:00:00NATHAN BAZLEY:Australia is known as a multicultural country because people from all over the world come here to live. 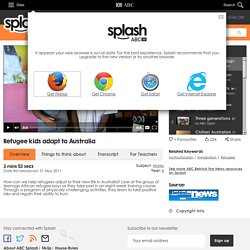 For refugees who now call Australia home it's a fresh start, but it's also a big adjustment. Matt takes a look at a program helping a group of African boys to find their feet.00:00:20:17MATTHEW HOLBROOK:If heights aren't your thing, look away now. This might look like great fun to you or maybe the idea of leaping into nothing scares you silly. Nike Sweatshops. Wind farm: pros and cons. GeoGuessr - Let's explore the world! English Vocabulary. Resort rescue: coastal protection. BBC Bitesize - KS3 Geography - Coastal processes - Activity.