I am a current elementary school teacher attempting to advance not only my own learning but that of my students. By staying ahead in my professional development and in turn with current events in the educational community I am better able to advise and encourage students as they progress through public education. 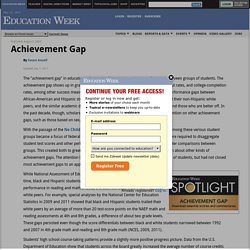 The achievement gap shows up in grades, standardized-test scores, course selection, dropout rates, and college-completion rates, among other success measures. It is most often used to describe the troubling performance gaps between African-American and Hispanic students, at the lower end of the performance scale, and their non-Hispanic white peers, and the similar academic disparity between students from low-income families and those who are better off. In the past decade, though, scholars and policymakers have begun to focus increasing attention on other achievement gaps, such as those based on sex, English-language proficiency and learning disabilities. Students’ high school course-taking patterns provide a slightly more positive progress picture.

Under President Barack Obama’s Administration, the U.S. Does Business Have Any Business in Education? In 1983, a blue-ribbon panel composed mostly of educators told the United States that its future was at risk. 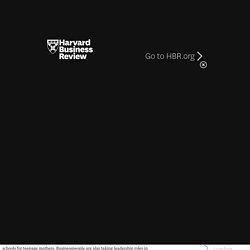 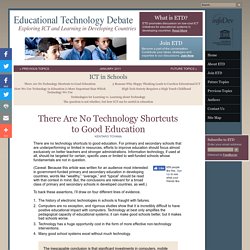 For primary and secondary schools that are underperforming or limited in resources, efforts to improve education should focus almost exclusively on better teachers and stronger administrations. Information technology, if used at all, should be targeted for certain, specific uses or limited to well-funded schools whose fundamentals are not in question. (Caveat: Because this article was written for an audience most interested in government-funded primary and secondary education in developing countries, words like “wealthy,” “average,” and “typical” should be read with that context in mind. But, the conclusions are relevant for a broad class of primary and secondary schools in developed countries, as well.)

To back these assertions, I’ll draw on four different lines of evidence. Subscribe now to follow this Educational Technology Debate via email updates sent to your inbox. Program based. How to cite a book in APA. Click here to automatically cite a Book. 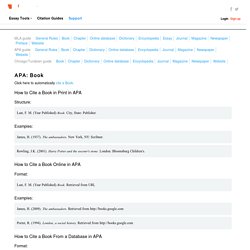 How to Cite a Book in Print in APA Structure: Last, F. Everything you need to know about Common Core — Ravitch. Diane Ravitch, the education historian who has become the leader of the movement against corporate-influenced school reform, gave this speech to the Modern Language Association on Jan. 11 about the past, present and future of the Common Core State Standards. 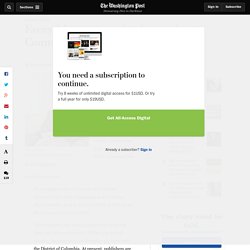 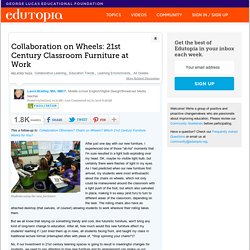 Chairs on Wheels? Which 21st Century Furniture Works for You? Students using the new furniture After just one day with our new furniture, I experienced one of those "ah-ha" moments that I'm sure resulted in a light bulb exploding over my head. OK, maybe no visible light bulb, but certainly there were flashes of light in my eyes. Jacob Kounin by Jacqueline Helton on Prezi. LearnbyDoing Schank. What if Schools Taught Us How to Learn. What if students controlled their own learning? The power of student-driven learning: Shelley Wright at TEDxWestVancouverED.

HanushekRivkin. Start the School Year by "Awakening Your Dreamers" When your students return to the classroom this fall, how many will bring along the interests, talents, and dreams that inspired or delighted them over the summer months? 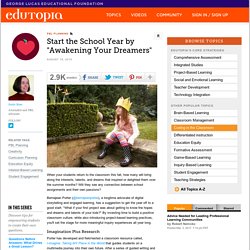 Will they see any connection between school assignments and their own passions? Bernajean Porter (@bernajeanporter), a longtime advocate of digital storytelling and engaged learning, has a suggestion to get the year off to a good start: "What if your first project was about getting to know the hopes and dreams and talents of your kids? " By investing time to build a positive classroom culture, while also introducing project-based learning practices, you'll set the stage for more meaningful inquiry experiences all year long. Imagination Plus Research Porter has developed and field-tested a classroom resource called, I-imagine: Taking MY Place in the World that guides students on a multimedia journey into their own future.

"We ask students to tell the story of how they will shine their light for good. Best Future Forward. It’s Time to Rethink How We Are Educating Our Children. In Brief On the whole, the way we educate students hasn't gotten a major upgrade in more than a century. 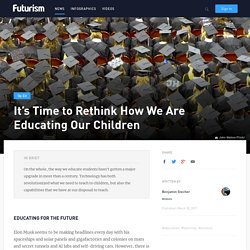 Technology has both revolutionized what we need to teach to children, but also the capabilities that we have at our disposal to teach. Educating for the Future Elon Musk seems to be making headlines every day with his spaceships and solar panels and gigafactories and colonies on mars and secret tunnels and AI labs and self-driving cars. However, there is one thing he did that might be even more noteworthy yet did not draw nearly as much attention. The school’s name is Ad Astra, meaning ‘to the stars’, and seems to be based around Musk’s belief that schools should “teach to the problem, not to the tools.”

Musk’s decision highlights a bigger issue, how we educate people needs to change. Parents should be the most concerned. However for parents today things have gotten even more complicated. It starts by rethinking what a school is. A New Visual On Bloom's Taxonomy for The Web. 20 Influential Figures in Education: The Legacy of Education. It is an indisputable fact that education lies at the foundation of all human achievements. 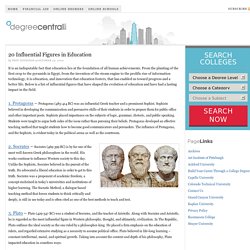 A Brief History of Education.