“iSpeak China”: What Are Young Chinese Thinking About? - chinaSMACK. From NetEase: What are China’s young people thinking about? 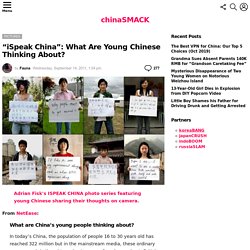 In today’s China, the population of people 16 to 30 years old has reached 322 million but in the mainstream media, these ordinary young people’s thoughts and voices are often drowned out. British photographer Adrian Fisk traveled 12,500 kilometers and had a group of young people write down their thoughts on paper. Their future is also China’s future. “I’m currently worried about certain things. The 100 China Books You Have to Read. This is the SupChina Book List, 100 books about China across all genres — fiction, nonfiction, poetry, and everything in between — ranked from 100 to 1. 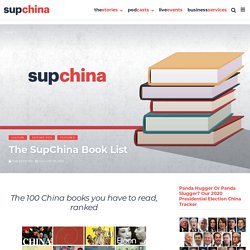 We sourced broadly, in an attempt to create a unique, inclusive list that has something for everyone, neither catering to a specific taste nor pandering to any preconceived idea of what such a list should look like. There was no criteria except availability in English. Yes, this was more mad than methodical — but we’re proud of the result. We decided to limit all authors to one title. All selections are related to mainland China, with exceptions: We considered some older Taiwanese writers who were active at a time before a distinct Taiwanese literary tradition had emerged, and Hong Kong writer Jin Yong, whose martial arts epics have had tremendous influence on Chinese readers everywhere.

China’s Entrepreneurs Are Wary of Its Future. U.S. Views of China Amid Trade War Turn Sharply Negative. Over the past year, the United States and China have slapped a series of escalating tariffs on one another, with the U.S. now taxing more than $250 billion worth of Chinese goods. 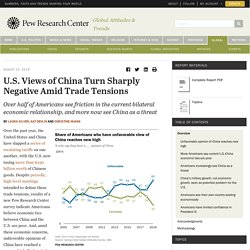 Despite periodic, high-level meetings intended to defuse these trade tensions, results of a new Pew Research Center survey indicate Americans believe economic ties between China and the U.S. are poor. China's staggering 40 years of change in pictures. Forty years ago, China introduced major economic reforms - lifting hundreds of millions of people out of poverty and leading to it becoming the second-largest economy in the world. 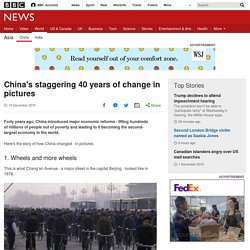 Here's the story of how China changed - in pictures. 1. Wheels and more wheels. Modern China Timeline. Note: *Starred items will be included on the time and space quiz. 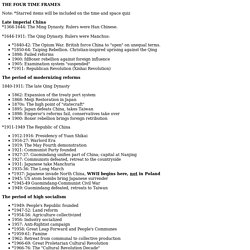 Nobody Knows Anything About China. As a foreigner in China, you get used to hearing the retort “You don’t know China!” 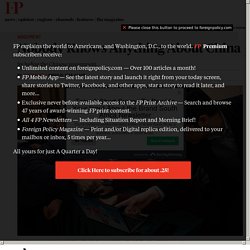 Spat at you by locals. It’s usually a knee-jerk reaction to some uncomfortable modern issue or in defense of one of the many historical myths children in the mainland are taught as unshakeable facts about the world. But it’s also true. We don’t know China. Valedictory: Analyzing The Chinese Leadership In An Era Of Sex, Money, And Power. More Than Half of Chinese Millenials “Have No Sex Life” According to New Survey. The Great Chinese Art Heist. China Heritage – The Wairarapa Academy for New Sinology.

China v America: how do the two countries compare? China v the US: how the countries match up. 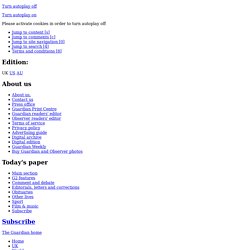 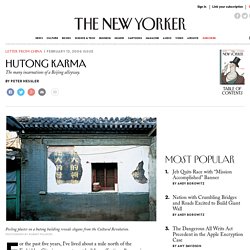 My alley, which has no official name, begins in the west, passes through three ninety-degree turns, and exits to the south. On a map, the shape is distinctive: it looks a little like a question mark, or perhaps half of a Buddhist swastika. The alley is also distinctive because it belongs to one of the few surviving sections of old Beijing. The capital, like most Chinese cities nowadays, has been changing fast—the biggest local map publisher updates its diagrams every three months, to keep pace with development. The Five C’s: Bringing a 1980’s Film into the 21st Century Chinese Language Learning Context. To Live. What China Could Learn From Richard Nixon. An anxious superpower is confounded by a troubled economy. 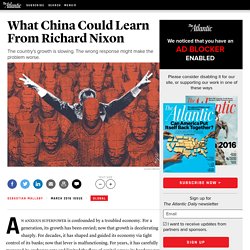 For a generation, its growth has been envied; now that growth is decelerating sharply. For decades, it has shaped and guided its economy via tight control of its banks; now that lever is malfunctioning. For years, it has carefully managed its exchange rate and limited the flow of capital across its borders; now the dam is cracking. To anyone who keeps up with the news, the superpower would seem easy to identify: China. But for those with a long memory, it could just as well be the United States of the Nixon era.

Like China today, the United States of the 1970s experienced an abrupt economic slowdown. People are happiest when they experience better-than-expected progress. Indeed, China’s slowdown may be especially tumultuous because its society is under acute stress. If China’s slowdown were temporary, this might not matter much. The second American lesson for China concerns financial reform. Crocodile in the Yangtze - Trailer. Crocodile in the Yangtze – The Alibaba Story. Chabuduoxiansheng - www. 差不多先生傳 胡適 你知道中國最有名的人是誰？ 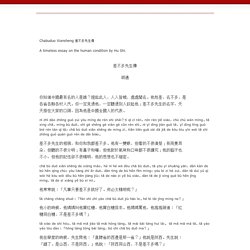 Amazon. Confucius Comes Home. In my fifth year in Beijing, I moved into a one-story brick house beside the Confucius Temple, a seven-hundred-year-old shrine to China’s most important philosopher. The temple, which shared a wall with my kitchen, was silent. It had gnarled cypress trees and a wooden pavilion that loomed above my roof like a conscience. H-Net Reviews.