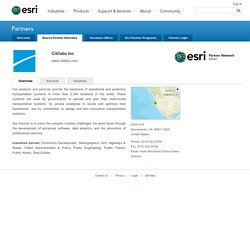 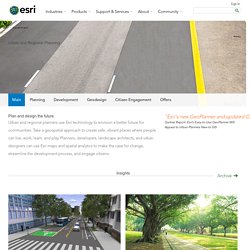 Aesop acsp2013 mcosta. Gis for smart cities. ArcGIS Online for Local Government. The Benefits of Green Infrastructure in Cities. Cities Alive is the new branding for construction firm Arup's integrated idea of sustainable cities that incorporate nature as green infrastructure, which they have launched in a new report and book: Cities Alive: Rethinking Green Infrastructure. 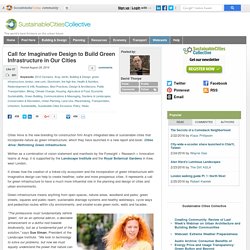 Written as a combination of vision statement and manifesto by the Foresight + Research + Innovation teams at Arup, it is supported by the Landscape Institute and the Royal Botanical Gardens in Kew, west London. It shows how the creation of a linked city ecosystem and the incorporation of green infrastructure with imaginative design can help to create healthier, safer and more prosperous cities. It represents a call for green infrastructure to have a much more influential role in the planning and design of cities and urban environments. The document calls for five key requirements which characterise living, or regenerative, cities: GE Panametrics PT878 Ultrasonic Flow Meter. The Panametrics PT878 clamp-on ultrasonic flow meter is universally regarded as the best portable ultrasonic flow meter and can be used to measure a wide range of clean and dirty liquids, even with some gas bubbles or solids. 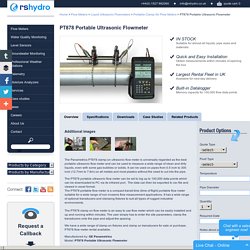 It can be used on pipes from 0.5 inch to 300 inch (12.7mm to 7.6m) on all metals and most plastics without the need to cut into the pipe. The PT878 portable ultrasonic flow meter can be set to log up to 100,000 data points which can be downloaded to PC via its infrared port . The data can then be exported to csv file and viewed in excel format. The PT878 portable flow meter is a compact transit time (time of flight) portable flow meter suitable for a wide range of non invasive flow measurement applications.

This DIY monitor measures water usage throughout your house. While we may not be able to fix the drought, one Maker has set out to change how we use water at home. 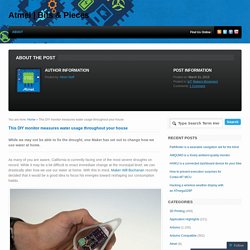 As many of you are aware, California is currently facing one of the most severe droughts on record. While it may be a bit difficult to enact immediate change at the municipal level, we can drastically alter how we use our water at home. Water Watcher: a new way to monitor residential water use. California is in the midst of its worst drought in 500 years. 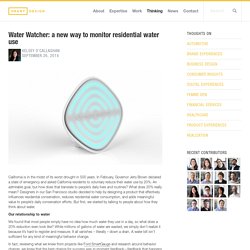 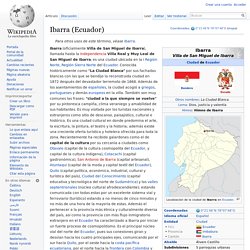 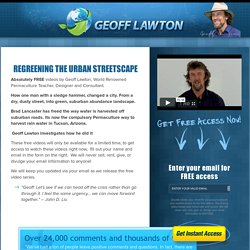 How one man with a sledge hammer, changed a city. From a dry, dusty street, into green, suburban abundance landscape. Brad Lancaster has freed the way water is harvested off suburban roads. Its now the compulsory Permaculture way to harvest rain water in Tucson, Arizona. Geoff Lawton investigates how he did it These free videos will only be available for a limited time, to get access to watch these videos right now, fill out your name and email in the form on the right. Vancouver's VanDusen Botanical Garden Shows the Power of Regenerative Design. 10 Cities That Are Shaping The Future Of Urban Living. Cities are frequently at the front line of innovation when it comes to addressing the changing problems of urban life. 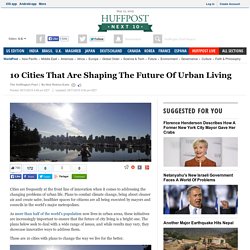 Plans to combat climate change, bring about cleaner air and create safer, healthier spaces for citizens are all being executed by mayors and councils in the world's major metropolises. Here's What You Can Do with Google Maps' New Data Layers. Google is adding new features to Data Layers in its JavaScript Maps API, which will allow developers to build a new breed of interactive apps that collect geographical data input from users. 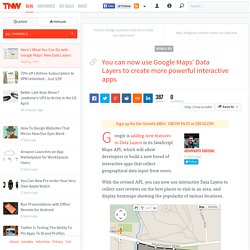 With the revised API, you can now use interactive Data Layers to collect user reviews on the best places to visit in an area, and display heatmaps showing the popularity of various locations. Google also gives the example of building a tool for realtors, which allows users to draw polygons on a map to mark which areas they want to live in. The input from these layers can be collected in GeoJSON format. Google has launched a GeoJSON editor to allow developers to import, edit and export this data. PlantLab: Urban Farms 40 Times More Productive than Open Fields. A Dutch firm on the cutting edge of indoor agriculture estimates that producing food for the entire world could take place in a space far smaller than the area occupied by Holland, using just 10% of the water needed by traditional farms.

The proposal is not without precedent – Japan already has one prototype urban farm that is 100 times more productive than farmers’ fields. Noting that the vast majority of people will live in cities in the coming decades, PlantLab suggests a solution that involves using existing basements and purpose-built structures for our future food production. This means less energy, space, time and water than conventional methods. Maps and Measurments of the Expansion of Cities. Want to see what the world will look like in 40 years? These maps will help you comprehend the urban growth that is transforming countries worldwide. Rethinking Urban Poverty: A Look at Community Gardens. Bulletin of Science, Technology & Societybst.sagepub.com doi: 10.1177/027046760002000308 Bulletin of Science Technology Society June 2000 vol. 20 no. 3 207-216 The first page of the PDF of this article appears below.

Migration plays a major role in the complex (and unclear) process of change in the international political order we are experiencing now. It impacts states and regions, their societies, economies, and polities. The Castles and Miller book provides an agile introduction to this issue area along several analytical dimensions. 1 1. Two other major works in the area are edited works with multiple contributors. Cities of Tomorrow: An Intellectual History of Urban Planning and Design ... - Peter Hall. Why a 'Walkable' City Is Good for Your Mental Health. Typological to Evolutionary: A New Theory of Cities. Urban Form Affects Physical Activity Levels. Help25:Extensions Module Manager Language Switcher.

Apmodels.wikispaces. Quote by Reif Larsen: “A map does not just chart, it unlocks and formu...” 5 Easy Tips on Visual Branding on Social Media. Over the past few years, social media platforms such as Facebook, Twitter and YouTube have introduced a series of design changes that have increased the ability to personalize the look of of account pages. Open Green Map. Open Green Map. Green Map. Green Maps are locally created environmentally themed maps with a universal symbol set and map-making resources provided by the non-profit Green Map System. Based on the principles of cartography a Green Map plots the locations of a community's natural, cultural and sustainable resources such as recycling centers, heritage sites, community gardens, toxic waste sites and socially conscious businesses.