Log In - New York Times. Kent Monkman: A trickster with a cause crashes Canada’s 150th birthday party. In Kent Monkman’s studio in west Toronto, there’s a large painting based on Robert Harris’s famous group portrait of the Fathers of Confederation. 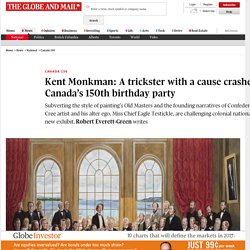 The delegates at the Charlottetown constitutional meetings of 1864 stand or sit in their accustomed places, but in the foreground, a nude figure lounges before the conference table, under the eyes of John A. Macdonald. It’s Miss Chief Eagle Testickle, Mr. Monkman’s alter ego. “She’s trying to get a seat at the table, or she could be a hired entertainer,” said the prominent painter of Cree ancestry, whose works have been collected by major museums such as the National Gallery of Canada, the Glenbow Museum and the Montreal Museum of Fine Arts. Joyless Children’s Games in Western Art History. No, Elizabeth I cannot let you play with the hoop it is so great a diversion you would be overcome with delight and swoon dead away Thomas says holding the miniature portraits is every bit as frolicsome as having the circle and stick Thomas is a damned liar the hoop will roll and the stick will push and i will run behind and nothing will change nothing will ever change yes, it pops out of the box every time excessively diverting is this all you do all day, Charles? 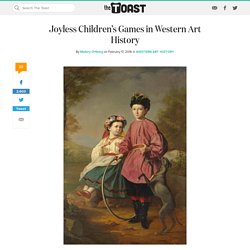 And this will be my life, then blocks can only alleviate sorrow they cannot cure a jump rope, a noose no difference no difference if only i could jump away from myself. Meet the American Nomads of Walmart's Plentiful Parking Lots. If you’ve ever tried to sleep in your car on a long trip without planning ahead, you may have run into the law at some point. 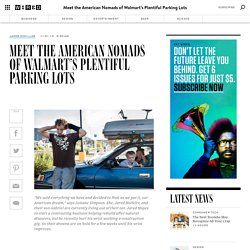 Each U.S. city has a different policy and tolerance for car-sleeping and it’s hard to find a legit spot if you don’t know where exactly you’ll be stopping. Double Vision: Meet the Pairs of Twins Who Are Revolutionizing African Fashion (PHOTOS)  Say goodbye to the Olsen twins-- and hello to these sibling pairs, who are bringing their own unique vision to the world of African-influenced fashion. 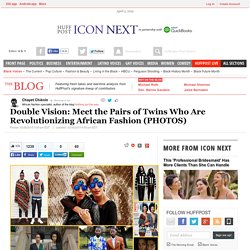 You may not know their names yet, but it won't be long until you do, because these young people are talented and creative. They are twins, of African descent, bloggers for the most part, and they are part of a group of "elite influencers" who are blazing a trail in fashion. Twins have always fascinated most people -- and the Internet is no exception. Nasty Gal Champagne Taste Cape Blazer - Black. Incredible Colorized Slides of Africa from 1896. In the late 1800s and early 1900s, naturalist and taxidermist Carl Akeley led a series of expeditions to Africa to collect specimens for the Field Museum. 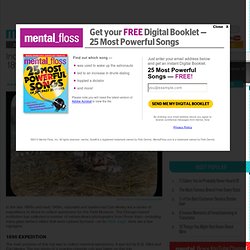 The Chicago-based institution has collected a number of extraordinary photographs from those trips—including many glass lantern slides that were colored by hand—on its Flickr page. Here are a few highlights. The main purpose of this trip was to collect mammal specimens; it was led by D.G. Elliot and Carl Akeley. The top photo of a snarling cheetah cub was taken on this trip. Taken from the deck of a boat called Tuna, you can see Berbera in Somalia in this photo. A dredge of Egypt's Suez Canal. The rock of Gibraltar. This photo, snapped on the fourth of July, depicts Akeley's camp in Somalia.

Unloading camels. A sunset view. Berbera at night. A man playing with two cheetah cubs. Athi River and vegetation. 11 Fun Facts about Airstream Trailers. You’ve seen them on the road or in films and TV, but how much do you really know about the super-hip silver trailer? 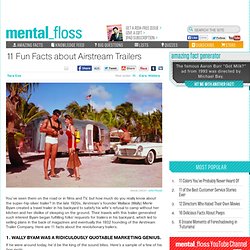 In the late 1920s, Airstream’s founder Wallace (Wally) Merle Byam created a travel trailer in his backyard to satisfy his wife’s refusal to camp without her kitchen and her dislike of sleeping on the ground. Their travels with this trailer generated such interest Byam began fulfilling folks' requests for trailers in his backyard, which led to selling plans in the back of magazines and eventually the 1932 founding of the Airstream Trailer Company. Here are 11 facts about the revolutionary trailers. 1. 36 Stunning Bohemian Homes You'd Love To Chill Out In. 25 Pretty Little Liar Fashions We Envy. Subways. Strange Geographies: Ghost Towns of California. 24 Unexpectedly Awesome Lego Creations. Benedict Cumberbatch In Great Works Of Art.

47 DIYs For The Cash-Strapped Music Festival-Goer. Beautiful black-and-white illustrations put a gothic spin on Game of Thrones. To be fair, they are basically "in the style of a character from a Tim Burton storyboard. 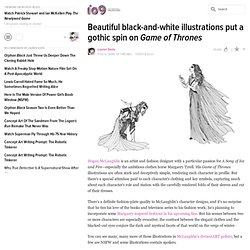 " and weird lankiness is part of the style. Not my bag, but it is a thing. but it IS beautiful, hence they called it that. There's a difference between stylized and not understanding anatomy. If the legs weren't so thick and a little longer I could see at as stylized, but it doesn't really work. These are damn near identical to the stuff I used to draw in the 8th grade when I was going through my Tim Burton phase.

The ones that deviate from that back-breaking, should be falling backwards pose are much better. Subjective, I guess. Behind the Signs: A Look at the DOT Sign Shop. Sustainable.