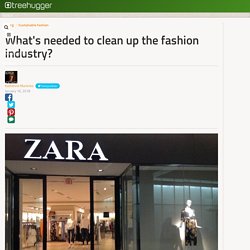 The fashion industry is notorious for being the second most polluting on Earth, next to oil and gas. Fast fashion brands have made clothes cheaper, trendier, and more accessible than ever, but this comes at the high cost of diminished resources, dangerous production conditions, chemical exposure, energy spent on transportation, and GHG emissions when these items are thrown in landfill. Other reports have revealed the damage caused by polyester fabrics when washed. Tiny plastic microfibres become dislodged in the washing machine and flushed into waterways, where they are ingested by marine wildlife and enter the food chain.

It brings a whole new disturbing meaning to the idea of "eating one's shirt. " Fast fashion pieces are not kept, nor are they designed to be; an estimated 50 percent of fast fashion items are discarded within a year of purchasing. Sexy & sustainable: 9 lingerie brands for women. Rolmodellenbureau biedt steun aan onzekere meisjes - Amsterdam. Age, athleisure and defying expectations - That's Not My Age. Athleisure wear perfectly suits my lifestyle and my preference for comfort, says cycling blogger Adele Mitchell. 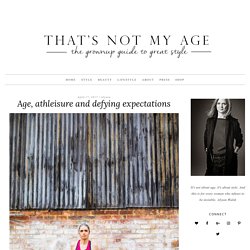 I work from home. I do yoga. I ride bikes a lot. Why would I wear anything but a wardrobe of super-stretch sportswear, in a colour that I like? And yet according to Vogue’s ‘rules’ on workout wear’, at my age (53) it is sartorially risky to put myself ‘out there’ in ‘something vibrant that makes a statement’ (is that just another way of saying ‘please remain invisible’?). Deze jongens dragen alleen kleding die dope, hard en sick is - NRC. How 'Empowerment' Lost Its Meaning. The catch-all term has come to denote a watered-down feminism, popular with celebrities and advertisers alike This article titled “From shopping to naked selfies: how ’empowerment’ lost its meaning” was written by Hadley Freeman, for The Guardian on Tuesday 19th April 2016 06.00 UTC Here are a few things I have recently been told should make me feel “empowered”: tweeting a naked selfie; being Miley Cyrus; being Gwyneth Paltrow; looking at advertisements; watching TED Talks; owning my feminism; disowning my feminism; buying leggings; buying designer clothes; masturbating. 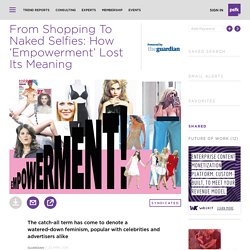 It’s quite an exciting time to be a woman, I can tell you. Feminism might not have quite finished its work yet – there are still niggly little things such as unequal pay and female genital mutilation, and, unbelievably, abortion remains an actual issue in the US elections in 2016. But never has it been easier for a woman to feel empowered. Rainbow Cat Undercut Is The Hottest New Hairstyle On Instagram. Like cats? 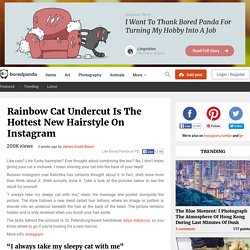 Like funky hairstyles? Ever thought about combining the two? No, I don’t mean giving your cat a mohawk. I mean shaving your cat into the back of your head! Russian Instagram user Katichka has certainly thought about it. Pac-Man Suit Takes A Bite Out Of Corporate Fashion. This Pac-Man Suit is a unique reply to stuffy office fashion, and is perfect for those solo nights at the bar. 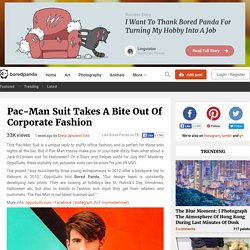 But if Pac-Man mazes make you or your date dizzy, then what about a Jack-O-Lantern suit for Halloween? Or a Stars and Stripes outfit for July 4th? Made by OppoSuits, these stylishly cut, polyester suits can be yours for just 99 USD. The project “was launched by three young entrepreneurs in 2012 after a backpack trip to Vietnam in 2010,” OppoSuits told Bored Panda. 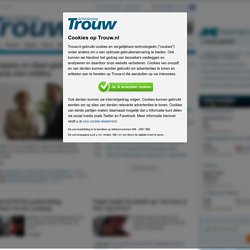 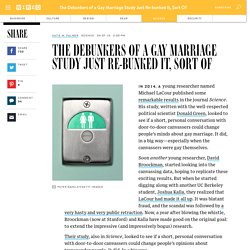 His study, written with the well-respected political scientist Donald Green, looked to see if a short, personal conversation with door-to-door canvassers could change people’s minds about gay marriage. It did, in a big way—especially when the canvassers were gay themselves. Soon another young researcher, David Broockman, started looking into the canvassing data, hoping to replicate these exciting results. But when he started digging along with another UC Berkeley student, Joshua Kalla, they realized that LaCour had made it all up. 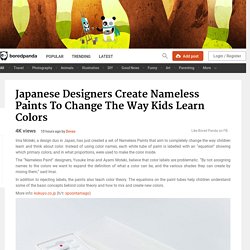 Instead of using color names, each white tube of paint is labelled with an “equation” showing which primary colors, and in what proportions, were used to make the color inside. The “Nameless Paint” designers, Yusuke Imai and Ayami Moteki, believe that color labels are problematic. “By not assigning names to the colors we want to expand the definition of what a color can be, and the various shades they can create by mixing them,” said Imai. In addition to rejecting labels, the paints also teach color theory. The equations on the paint tubes help children understand some of the basic concepts behind color theory and how to mix and create new colors.