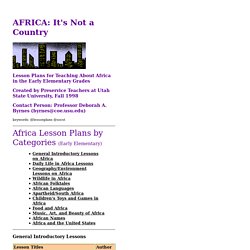 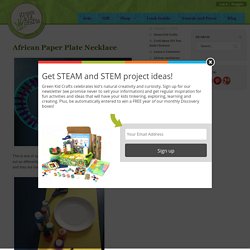 We love how they all turn out so differently! They are made using the outer rim of a large paper plate and they are inspired by the beaded necklaces of the Samburu Tribe. Supplies: paper plates, paint, paint brushes, and scissors Step one: Cut a “v” shape out of the top of the plate. Then cut along the inside circle. Create Your Own African Djembe Drum. Like the African artisans you learned about yesterday, you can create your own Djembe (Jem-Bay) drum. 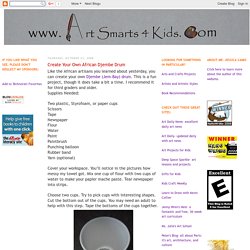 This is a fun project, though it does take a bit a time. I recommend it for third graders and older. Rainstick Craft. The Afrikan Core - The Afrikan Core. The Black Past: Remembered and Reclaimed. Black History Month Crafts for Preschool and Kindergarten. 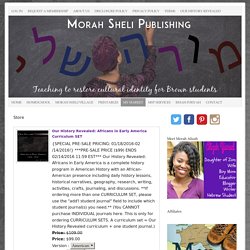 Exploring Africa. Diversity of Africa: Africa, the second largest continent in the world, is a very diverse continent. 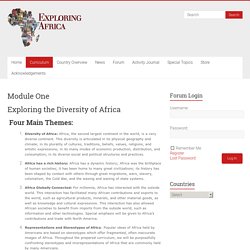 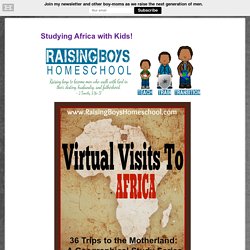 Our official kick-off begins March 2; but we have lots to do before take off. We'll be taking 36 trips to Africa visiting all 54 countries and learning about African rivers, mountains, and islands. Study of Africa. Discover Africa Notebooking Pages {A Review} Resources for Studying Africa. The Ultimate Black-Owned Online Business Holiday Gift Guide (U.S. Online Shops) You guys, I haven't worked this hard on a post since I made 200+ Amazing Black Bloggers, and that post took a solid two weeks. 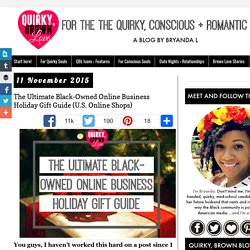 With the holidays right around the corner, I have already started saving up for holiday shopping and I know that you are on the same page. This year, I am making it my goal to shop only Black-owned businesses for everyone on my gift list. Now some of you may be thinking, "shopping only Black-owned? Isn't that racist? " If that's what you are thinking, then you might want to reconsider your definition of racism. Okay, now to the good stuff. For Your Fashion-Forward Boyfriend, Husband or Brother in College.

The Black Past: Remembered and Reclaimed. Increase Your Child’s Knowledge of Black History With These 4 Apps » Your Black Education » Resources for Parents and Educators. By Angela Wills The technology platform has provided many ways for all ages to enhance their knowledge in one form or another. 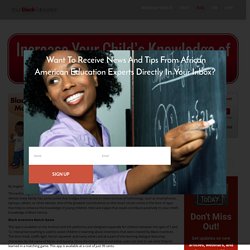 Almost every family has some outlet that bridges them to one or more sources of technology, such as smartphones, laptops, tablets, or other devices. One of the greatest contributions on the smart circuit comes in the form of apps that help to enhance the knowledge of young children. African-American Experience - Series by Royal Fireworks Press. We have put together Richard Beck's important history and social studies book, and a series of fifteen wall posters of images and heroes of the African-American experience. 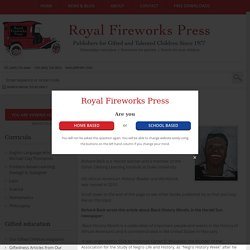 At the end of this page there are other related books. Richard Beck is a retired teacher and a member of the Osher Lifelong Learning Institute at Duke University. His African-American History: Reader and Workbook, was revised in 2010. Scroll down to the end of this page to see other books published by us that you may like on this topic. Amazing Africa Facts. The Time Team. Geography - Africa for Kids. There are 7 continents on the planet Earth. 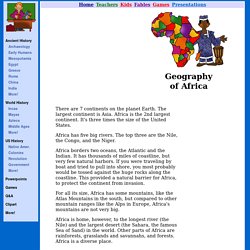 The largest continent is Asia. Africa is the 2nd largest continent. It's three times the size of the United States. Africa has five big rivers. The top three are the Nile, the Congo, and the Niger. Africa borders two oceans, the Atlantic and the Indian. Tribal People of Africa. Africa is a very large and unique continent, with many tribes and diverse ethnic peoples, each with their own culture, language, customs and history. Tribes and ethnic groups in Africa range from stone-age cultures to modern 21st Century people, all living next to each other in this amazing continent. Basically all Southern African tribes belonged to the same genetic grouping, and often share some aspects relating to customs, language and traditions.

For example, estimates range from as low as 800 to just over 2,000 languages spoken within the continent. In fact, there still exist some languages with no writing systems. Virtual Field Trip: Africa. 12 Children’s Books That Teach Kids About Black Heroes. Illustrated children's books teach kids about black leaders in art, music, science, entertainment, and social activism. Having children read illustrated books about people who have made a difference in the world in science, music, art, and social activism is a fun and engaging way for them to learn about history.

Buzz Feed compiled a list of 26 children’s books focused on celebrating black heroes. Check out the list below: Harlem’s Little Blackbird: Tells the story of Florence Mills, a singer with a voice like a bird. Mills became popular during the Harlem Renaissance, appeared in shows on Broadway, and became an advocate for black performers. A Splash of Red: The Life and Art of Horace Pippin by Jen Bryant tells the story of Horace Pippin, an artist who overcame a war injury to his arm and went on to have his paintings displayed in museums all over the country.

A List Of African Themed Cards &amp; Board Games For Kids — Bino and Fino - African Culture For Children. Hit on the Head. For new home educators.