Annexing Hawaii: The Real Story. How Boarding Schools Tried to ‘Kill the Indian’ Through Assimilation. “Kill the Indian in him, and save the man.” 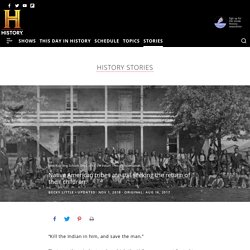 That was the mindset under which the U.S. government forced tens of thousands of Native American children to attend “assimilation” boarding schools in the late 19th century. Decades later, those words—delivered in a speech by U.S. cavalry captain Richard Henry Pratt, who opened the first such school in Carlisle, Pennsylvania—have come to symbolize the brutality of the boarding school system. The history of this forced assimilation is far from settled. On August 7, 2017, the U.S. The Truth About the Wounded Knee Massacre. In 1889, the pronouncements of Paiute mystic Wovoka sparked hope of the dawning of a new age among Western tribes; an age that promised an end to Euro-American oppression and a return to tribal autonomy, abundance and spiritual renewal. 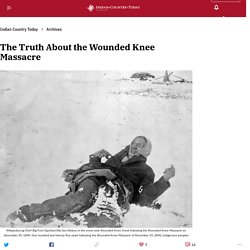 According to Wovoka, deliverance required participation in a regime of ritual dance and prayer. As word of his Ghost Dance Revival spread, a Lakota delegation visited him, and then carried the Ghost Dance back to their respective reservations. On the morning of December 29, 1890, Chief Spotted Elk (Big Foot), leader of a band of some 350 Minneconjou Sioux, sat in a makeshift camp along the banks of Wounded Knee Creek. The band was surrounded by U.S. troops sent to arrest him and disarm his followers. The atmosphere was tense, since an order to arrest Chief Sitting Bull at the Standing Rock Reservation just 14 days earlier had resulted in his murder, prompting Big Foot to lead his people to the Pine Ridge Agency for safe haven.

Extermination Policy Debate. Northwest Origins. Reminders from a Restless Planet We live in one of the most geologically active regions of the Earth. 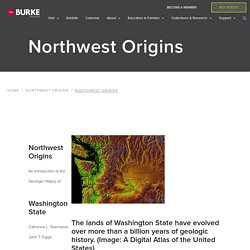 Earthquakes, volcanic eruptions and rising young mountains all remind us that Washington State is situated along the violent boundary between ocean and continent. Gateway to British Columbia's Past - MemoryBC. University of Washington Libraries Digital Collections. Mapping Anti-Chinese Violence — The Tacoma Method. The above map seeks to be a repository of anti-Chinese actions that occurred in the North American West between the years 1849 and 1922. 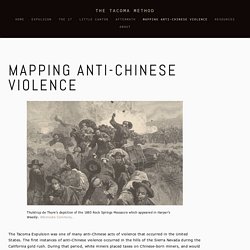 Upon examination, it is clear that there were a few patterns to anti-Chinese group actions. The First Transcontinental Railroad – StMU History Media. The first transcontinental railroad was 1,912 miles long, and was built to connect the east and the west coasts of the United States. 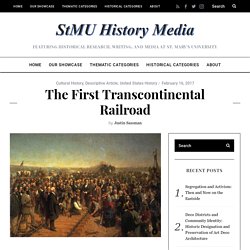 It was commissioned by Congress in 1862. Watch – TVW, Washington States' Public Affairs Network. Oregon History Project. The Oregon Encyclopedia. Stories from American History. Los Angeles Aqueduct Digital Platform. The Spanish Conquest and its Aftermath - National Institute of Culture and History. A Late Postclassic Maya chronicle, known as the “Book of Chilam Balam of Chumayel”, notes that “11 Ahau was when the mighty men arrived from the east. 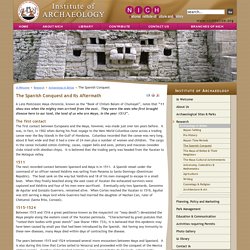 They were the ones who first brought disease here to our land, the land of us who are Maya, in the year 1513”. The first contact The first contact between Europeans and the Maya, however, was made just over ten years before. Fairhaven & Southern Railway and the two Sedros, part 1. By Noel V. 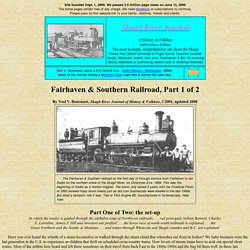 Bourasaw, Skagit River Journal of History & Folklore, ©2001, updated 2008 Part One of Two: the set-up In which the reader is guided through the alphabet soup of Northwest railroads . . . rail principals Nelson Bennett, Charles X. Larrabee, James J. Hill and investors are profiled . . . the horse race of north-south railroads is explained . . . the Great Northern and the Seattle & Montana . . . and routes through Whatcom and Skagit counties and B.C. are explained.

Legacy Washington - WA Secretary of State. Northwest History: Ethnic Cleansing and the City Beautiful: The Case of Spokane. One of my many uncompleted (or more accurately, hardly begun) projects is about the ways that the white leaders of early Spokane worked to force American Indians out of the city limits. 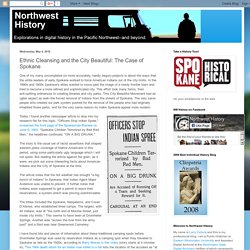 In the 1890s and 1900s Spokane's elites wanted to move past the image of a rowdy frontier town and tried to become a more refined and sophisticated city. This effort took many forms, from anti-spitting ordinances to creating libraries and city parks. This City Beautiful Movement had an uglier aspect as well--the forced removal of Indians from the streets of Spokane. The very same people who created our park system pushed for the removal of the people who had originally inhabited those parks, and for the very same reason--to make Spokane appear more modern. Today I found another newspaper article to drop into my research file for this topic. About Us. Mental_floss is the international media brand that gives smart, curious knowledge junkies their fix with upbeat, witty explorations of everything from science to pop culture to tech to history. 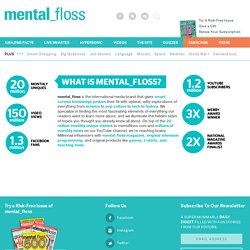 We specialize in finding the most fascinating elements of everything our readers want to learn more about, and we illuminate the hidden sides of topics you thought you already knew all about. On top of the 20 million monthly unique visitors to mentalfloss.com and millions of monthly views on our YouTube channel, we're reaching brainy Millennial influencers with mental_floss magazine, original television programming, and original products like games, t-shirts, and teaching tools. ©2016 Mental Floss, Inc. 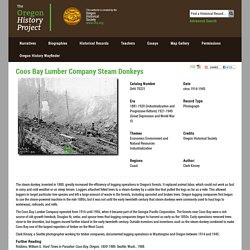 It replaced animal labor, which could not work as fast in rainy and cold weather or on steep terrain. Loggers attached felled trees to a steam donkey by a cable line that pulled the logs as far as a mile. This allowed loggers to target particular tree species and left a large amount of waste in the forests, including uprooted and broken trees. Oregon logging companies first began to use the steam-powered machine in the mid-1880s, but it was not until the early twentieth century that steam donkeys were commonly used to haul logs to waterways, railroads, and mills.

Even Superpowers Can't Separate Seattle From Its Dark Past. How You Can Help … The Duwamish Tribe is still fighting today to regain Federal recognition, something that never should have been taken from them. Evidence has shown that the Duwamish people have inhabited their ancestral Puget Sound lands long before any others, they truly are the first people of Seattle. After 159 years of unfulfilled treaty promises, it is time for the Duwamish people to finally receive the recognition they so rightfully deserve. If you would like to help the Duwamish Tribe in their fight for Federal recognition you can do so in the following ways. Write letters of support to: Crowdsourcing Civil War History in the Northwest. Here is an innovative public history project! The Washington Territorial Civil War Read-In is an attempt to crowd-source research into a little-understood period of Northwest history--the Civil War era. Though the Washington Territory saw no battles during the war, the whole northwest was awash in political intrigue, desertion, etc.

Yet there is little in the way of published research. The Civil War era in the northwest suffers from a not-uncommon problem: Everybody knows there is nothing to find, so no one goes looking. At last fall's Conference on Pacific Northwest History, Dr. Washington Territorial Civil War Read-In: Frequently Asked Questions. Anti-Chinese movement » Immigration to the United States. The Event: Era that saw widespread opposition to Chinese immigration at the local, state, and federal levels Date: 1850’s-1940’s Location: West Coast of the United States, primarily California. History Net: Where History Comes Alive – World & US History Online. How Railroads took the ‘Wild’ out of the West By Carlos A. Schwantes American novelist Marcia Davenport wanted to discover for herself the Wild West.

The problem was that her quest for that West took place only in 1932, a few decades too late, many Americans must have thought. That year the wildest encounter for most people would be grappling with economic gloom and doom. “[I] wanted adventure, or whatever semblance of it could be had in the year 1932,” she wrote. Index Page for applet-magic.com. Topic Areas. The Economic History of Seattle. Home. Washington Department of Fish & Wildlife. Northwest Power & Conservation Council. Bringing people together to build stronger communities! Northwest. From its ancient forests, mighty river systems, and fertile farmlands to its snow-capped peaks and rugged coastline, the Pacific Northwest is blessed with an abundance of natural riches. The people who live in this special place are passionately committed to preserving it for generations to come—a commitment Earthjustice’s Northwest regional office in Seattle has shared for more than 25 years.

From our early—and ongoing—work to protect majestic old-growth forests, safeguard Puget Sound’s orcas, and save our iconic wild salmon, to our current efforts to block massive coal export facilities and shipment of dangerous crude oil by rail, we’re taking on the region’s most critical environmental challenges. And by helping to catalyze the shift to clean energy and away from fossil fuels, Earthjustice is protecting the environment and promoting healthy communities for everyone. Earthjustice has worked for years to protect and restore the health of Puget Sound.