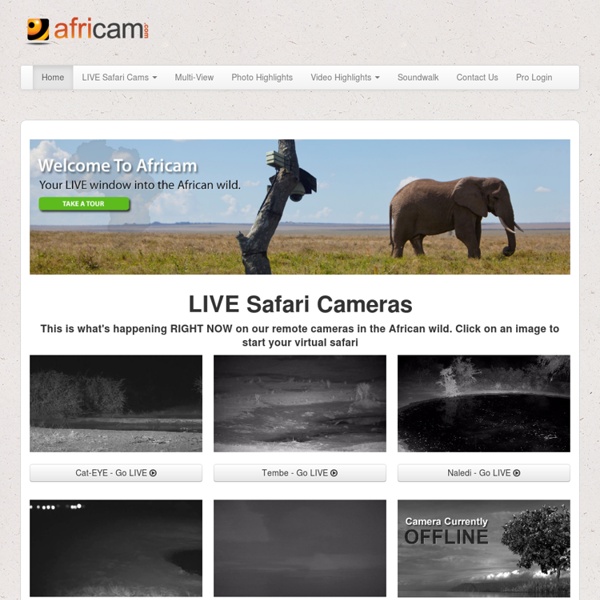 Retrotechtacular: Examining Music in 1950’s Russia If you had told 12-year-old me that one day I would be able to listen to pretty much any song I wanted to on demand and also pull up the lyrics as fast as I could type the artist’s name and part of the title into a text box, I would have a) really hoped you weren’t kidding and b) would have wanted to grow up even faster than I already did. The availability of music today, especially in any place with first world Internet access is really kind of astounding. While the technology to make this possible has come about only recently, the freedom of music listening has been fairly wide open in the US. The closest we’ve come to governmental censorship is the parental advisory sticker, and those are just warnings. African Savanna Cheetah Conservation Station keepers provide the animals with enrichment—enclosures, socialization, objects, sounds, smells and other stimuli—to enhance their well-being and give them an outlet to demonstrate their species-typical behaviors. An exhibit’s design is carefully and deliberately planned to provide physically and mentally stimulating toys, activities, and environments for the Zoo’s animals. Each enrichment is tailored to give an animal the opportunity to use its natural behaviors in novel and exciting ways.

Virtual Japanese House - Japanese Houses - Virtual Culture Virtual Japanese House How to Play Choose the answer to the question from among the three objects displayed at the bottom.Drag the object of your choice onto the picture and drop it in the right place. This game is based on houses in the fourth decade of the Showa era (mid-1950s to mid-1960s). You'll need the Flash plugin before you can start. If you don't have it, you can download it now.

Architectures As mentioned a while back, I’ve been trying to find a way to classify the numerous ‘Design with Intent’ and architectures of control examples that have been examined on this site, and suggested by readers. Since that post, my approach has shifted slightly to look at what the intent is behind each example, and hence develop a kind of ‘method’ for suggesting ‘solutions’ to ‘problems’, based on analysing hundreds of examples. I’d hesitate to call it a suggestion algorithm quite yet, but it does, in a very very rudimentary way, borrow certain ideas from TRIZ*. Below is a tentative, v.0.1 example of the kind of thought process that a ‘designer’ might be led through by using the DwI Method.

Amazonia Frogs and Amphibians In 1999, Smithsonian’s National Zoo and Conservation Biology Institute (SCBI) scientists worked with a researcher at the University of Maine to describe a chytrid fungus that causes the deadly amphibian skin disease chytridiomycosis. Since then, the understanding of amphibian decline and this disease has improved greatly. Scientists now suspect that amphibian chytrid fungus originated in southern Africa. Chytrid threatens amphibians in the biodiverse hotspots of Central and South America, with more than 25 to 30 species at risk. History Globe In 1606, some 105 adventurers set off from England to try and establish the first permanent English colony in the New World. They settled in what is now the state of Virginia and called their colony first James Fort, and then James Towne, in honor of James I, the King of England. The early years of the colony were nearly a total disaster. Almost half of the settlers died due to poor choices in settlement location, management of resources, and quarrels with the indigenous Powhatan Indians.

The Woobie A "woobie" is a name for any type of character who makes you feel extremely sorry for them. Basically, the first thing you think to say when you see the woobie is: "Aw, poor baby!" Woobification of a character is a curious, audience-driven phenomenon, sometimes divorced from the character's canonical morality. A story with the Woobie allows the audience to vicariously experience relief from some pain by fantasizing about relieving the Woobie's pain. (No, not that way!

Giant Pandas Sign up to get panda news from the Zoo. Giant pandas are black and white bears that live in temperate-zone bamboo forests in central China. Among the best recognized—but rarest—animals in the world, they have come to symbolize endangered species and conservation efforts. As few as 1,600 giant pandas survive in the mountain forests of central China. More than 300 pandas live in zoos and breeding centers around the world; most of these pandas are in China.

Virtual tour of the Pole. You've arrived at the South Pole after about a 3-hour plane ride from McMurdo. A panoramic view just as you get off the plane. Photo: CARA/Greg Griffin Jump ahead to the imagemap of the South Pole Station. My Bed My Bed is a work by the English artist Tracey Emin. First created in 1998, it was exhibited at the Tate Gallery in 1999 as one of the shortlisted works for the Turner Prize.[1] It consisted of her bed with bedroom objects in a dishevelled state, and gained much media attention. Although it did not win the prize, its notoriety has persisted. It was sold at auction by Christie’s in July 2014 for £2,546,500.

Great Apes and Other Primates Keepers provide the primates with enrichment—enclosures, socialization, objects, sounds, smells and other stimuli—to enhance their well-being and give them an outlet to demonstrate their species-typical behaviors. In addition to the Orangutan Rope-Pull and Wet Zone exhibits at Think Tank, animals have plenty of activities to keep them busy throughout the day. The Zoo’s primates receive between four and eight forms of enrichment every day to keep them physically and mentally active. Keepers maintain a detailed calendar to ensure that the items and experiences remain novel and interesting. Novel items and activities include iPads (for playing with various apps), musical instruments, painting, mirrors, boomer balls, rubber tubs, burlap, paper and boxes among others. Check out videos of ape enrichment in action: playing with the iPad, medical training, and painting!