A Seven Course Feast for the Eyes: Sudhir Patwardhan’s Bombay Ballad. As a race, we’ve learned to devour poetry with our eyes ― glimpsed as graffiti from a speeding car, through the filters of vintage photographs posted online, as snippets and quotations on billboards and fast food menus ― swallowed in a clean gulp. 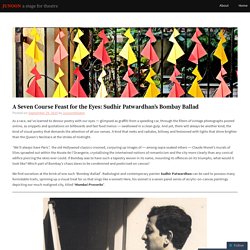 And yet, there will always be another kind; the kind of visual poetry that demands the attention of all our senses. A kind that reeks and radiates, billowy and festooned with lights that shine brighter than the Queen’s Necklace at the stroke of midnight. “We’ll always have Paris”, the old Hollywood classics crooned, conjuring up images of ― among sepia soaked others ― Claude Monet’s murals of lilies sprawled out within the Musée de l’Orangerie, crystallising the intertwined notions of romanticism and the city more clearly than any conical edifice piercing the skies ever could.

Jack Kerouac, misogynist creep: Inside his ugly infatuation with Marilyn Monroe. THE EDIFICE OF Columbia University’s Butler Library still had the glimmer of freshly quarried limestone in the early 1940s, when Jack Kerouac traipsed around the Manhattan campus with his pals. 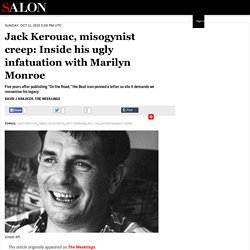 Kerouac could not have missed the building’s symbolism. Teju Cole - Photos du journal. You can destroy the body (eng subtitles) Amy Winehouse and the plight of the female genius. The new film Amy reminds us that no matter how talented a woman is, or how brilliant her work, her behavior dictates how she is perceived. 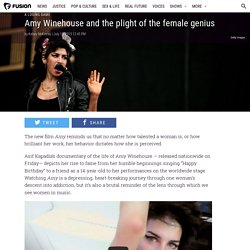 Asif Kapadia’s documentary of the life of Amy Winehouse — released nationwide on Friday— depicts her rise to fame from her humble beginnings singing “Happy Birthday” to a friend as a 14-year-old to her performances on the worldwide stage. Watching Amy is a depressing, heart-breaking journey through one woman’s descent into addiction, but it’s also a brutal reminder of the lens through which we see women in music. A London-born jazz singer with a towering beehive of hair and a soulful voice, Amy Winehouse is most often remembered for her very public and messy drug addiction and her most popular song — “Rehab.” It is almost impossible to separate Amy Winehouse, the creator of two brilliant and innovative albums, from Amy Winehouse, the pop star who drunkenly stumbled through crowds of paparazzi.

Getty Images Maybe Winehouse was having a good day. 10 Most Badass Queens From Indian History Who Kicked Patriarchy In The BallsRookiestew. Being saved by a charming prince; fall in love with the perfect guy, be helped by all birds, rats, rabbits and all that crap! 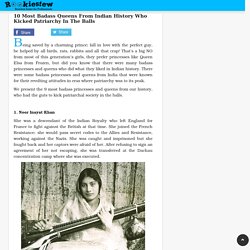 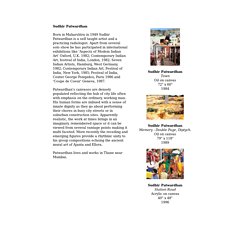 Patwardhan's canvases are densely populated reflecting the hub of city life often with emphasis on the ordinary, working man. His human forms are imbued with a sense of innate dignity as they go about performing their chores in busy city streets or in suburban construction sites. Apparently realistic, the work at times brings in an imaginary, remembered space or it can be viewed from several vantage points making it multi faceted. Patwardhan lives and works in Thane near Mumbai. 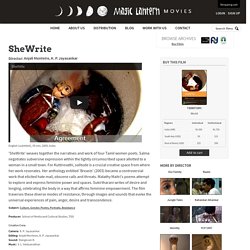 Salma negotiates subversive expression within the tightly circumscribed space allotted to a woman in a small town. For Kuttirevathi, solitude is a crucial creative space from where her work resonates. Her anthology entitled 'Breasts' (2003) became a controversial work that elicited hate mail, obscene calls and threats. Malathy Maitri's poems attempt to explore and express feminine power and spaces. Producer: 10 Female Revolutionaries That You Probably Didn't Learn About In History class. By Kathleen Harris / whizzpast.com/ Sep 5, 2014 We all know male revolutionaries like Che Guevara, but history often tends to gloss over the contributions of female revolutionaries that have sacrificed their time, efforts, and lives to work towards burgeoning systems and ideologies. 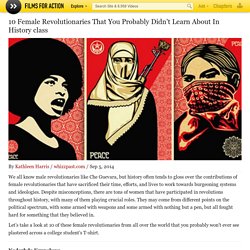 Despite misconceptions, there are tons of women that have participated in revolutions throughout history, with many of them playing crucial roles. They may come from different points on the political spectrum, with some armed with weapons and some armed with nothing but a pen, but all fought hard for something that they believed in. Let’s take a look at 10 of these female revolutionaries from all over the world that you probably won’t ever see plastered across a college student’s T-shirt. Nadezhda Krupskaya Many people know Nadezhda Krupskaya simply as Vladimir Lenin’s wife, but Nadezhda was a Bolshevik revolutionary and politician in her own right. ​ Constance Markievicz Petra Herrera Nwanyeruwa Lakshmi Sehgal.