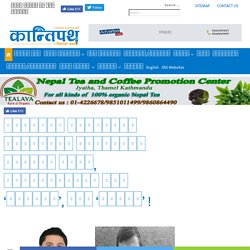 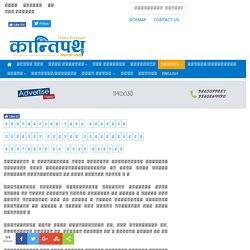 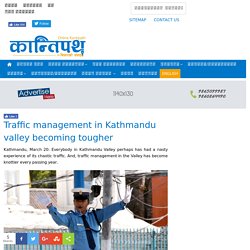 And, traffic management in the Valley has become knottier every passing year. Traffic management in the capital valley is becoming more and more difficult due to the growing population, increasing number of vehicles, limited and narrow roads and breaching of traffic rules by drivers and the pedestrians alike, according to experts. Moreover, the Metropolitan Traffic Police Division, the body established to regulate the vehicular traffic and maintain road safety in the Valley, lacks the required human resources to carry out its responsibilities in full steam. The first car was brought in Kathmandu by the then Rana rulers some 115 years back.

This vehicle brought from India was carried by people via Bhimphedi route for Kathmandu had no roads that time. PM advised to enhance goodwill during China visit. Kathmandu, March 23: Prime Minister Pushpa Kamal Dahal 'Prachanda' has today consulted with the former Prime Ministers and China experts in connection with his six-day official visit to the People's Republic of China. 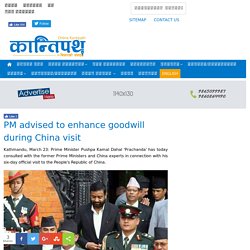 The Prime Minister is embarking on a visit to the northern neighbour in the evening today to take part in the annual conference of Boao Forum for Asia. The conference is being held from March 23-26 in the Boao City of Hainan Province of the northern neighbour. During the consultations with the former PMs and China experts at his official residence in Baluwatar, the Prime Minister took suggestions from and heard the views of the former prime ministers and experts regarding the topics of mutual interests that should be raised during his multilateral meetings with the Chinese leaders. After attending the Boao Forum for Asia annual conference, Prime Minister Prachanda will travel to Beijing where he will be holding a meeting with the Chinese President Xi Jinping. 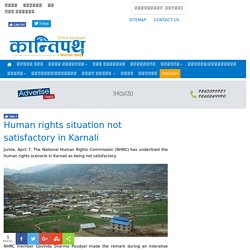 NHRC member Govinda Sharma Poudyal made the remark during an interative programme on 'Current Scenario of Human Rights, Election Monitoring and Challenges' organized by NHRC Sub Regional Office, Jumla on Thursday. The Poudyal – led team which arrived in Jumla has insisted on the 'fragile human rights situation'. Although the road construction has brought about simple changes in the civilians' lifestyle it has not made them live a real life, Poudyal shared. "When we look deeper, we see that women have cracked and ridged feet, they are becoming mothers at young age with wrinkles; we found men playing cards when women worked by carrying their babies piggyback," he said. Poudyal further underlined the delicate human rights situation of women and children than that of men. 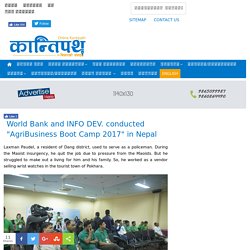 During the Maoist insurgency, he quit the job due to pressure from the Maoists. But he struggled to make out a living for him and his family. So, he worked as a vendor selling wrist watches in the tourist town of Pokhara. His business wasn’t that good. So, one of his friends suggested to him to start selling spices instead. The friend who provided him with materials sent him to India to train at a spice production factory. Paudel participated in a two-month “AgriBusiness Boot Camp 2017” recently hoping to expand his enterprise effectively.