Who Were Celts. The Celts were a collection of tribes with origins in central Europe that shared a similar language, religious beliefs, traditions and culture. 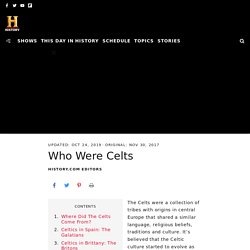 It’s believed that the Celtic culture started to evolve as early as 1200 B.C. The Celts spread throughout western Europe—including Britain, Ireland, France and Spain—via migration. Their legacy remains most prominent in Ireland and Great Britain, where traces of their language and culture are still prominent today. The existence of the Celts was first documented in the seventh or eighth century B.C. The Roman Empire, which ruled much of southern Europe at that time, referred to the Celts as “Galli,” meaning barbarians. However, the Celts (pronounced with a hard “c” or “k” sound) were anything but barbarians, and many aspects of their culture and language have survived through the centuries.

Weather in Australia. What Languages Are Spoken In Australia? - WorldAtlas. Though Australia has no official language, English is regarded as the de facto national language. 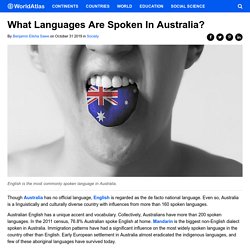 Even so, Australia is a linguistically and culturally diverse country with influences from more than 160 spoken languages. Australian English has a unique accent and vocabulary. Collectively, Australians have more than 200 spoken languages. In the 2011 census, 76.8% Australian spoke English at home. Mandarin is the biggest non-English dialect spoken in Australia. Australian Aboriginal peoples - Beliefs and aesthetic values. Religion Aboriginal people saw their way of life as already ordained by the creative acts of the Dreaming beings and the blueprint that was their legacy, so their mission was simply to live in agreement with the terms of that legacy. 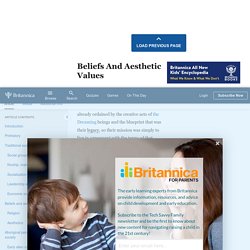 There was thus no notion of progress and no room for competing dogmas or rebellion against the status quo. Everything that now existed was fixed for all time in the mythic past, and all that the living were asked to do, in order to guarantee the continuance of their world, was obey the law of the Dreaming and perform correctly the rituals upon which physical and social reproduction were said to depend. Human creativity was not excluded but was explained away. The Dreaming legacy was not a static deadweight of tradition but was forever being added to and enlivened, despite an ideology that proclaimed non-change and the need only to reproduce existing forms. Aesthetics Oral literature was rich. Each cultural area had its own distinctive style of art. Aboriginal Provisional Government. Aboriginal Australians, facts and information. Australia’s first people—known as Aboriginal Australians—have lived on the continent for over 50,000 years. 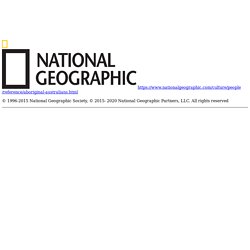 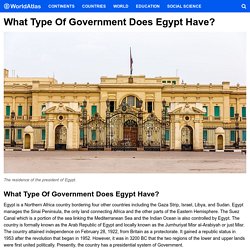 Egypt is a Northern Africa country bordering four other countries including the Gaza Strip, Israel, Libya, and Sudan. Religious Beliefs In Egypt - WorldAtlas. By Amber Pariona on July 20 2018 in Society Islam as the official state religion and Islamic law is the basis for legislative decisions in Egypt. 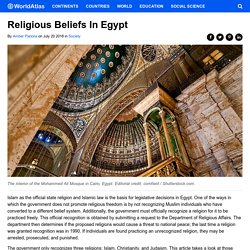 One of the ways in which the government does not promote religious freedom is by not recognizing Muslim individuals who have converted to a different belief system. Languages Spoken In Egypt - WorldAtlas. The Geography Of Egypt: The Climate And The Natural Regions Of Egypt - WorldAtlas. Egypt is a fascinating country, well-known across the world for the ancient Egyptian civilization that was well ahead of its time and highly advanced both in terms of of knowledge and technology. 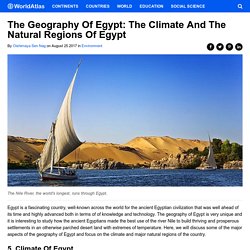