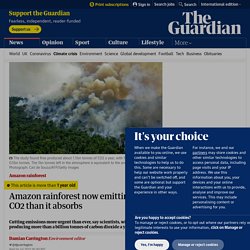 The emissions amount to a billion tonnes of carbon dioxide a year, according to a study. The giant forest had previously been a carbon sink, absorbing the emissions driving the climate crisis, but is now causing its acceleration, researchers said.

Climate change conspiracy memes on Instagram extend across the web. This article is the sixth in our Digital Investigations Recipe Series, a collaboration between the Public Data Lab, Digital Methods Initiative, Open Intelligence Lab and First Draft. 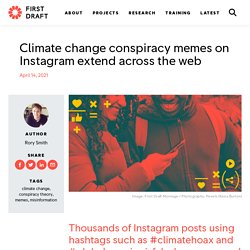 Please read our example investigation below first and then refer to the recipe How to map the spread of misleading memes across the web for a step-by-step guide on how to conduct a similar investigation. In September 2020, Facebook (which owns Instagram) committed to “tackling climate misinformation” and announced it would apply warning labels to both Facebook and Instagram posts containing climate change misinformation. Despite Facebook’s announcement, a First Draft analysis identified thousands of Instagram posts associated with the hashtags #climatehoax, #globalwarminghoax, #globalwarmingisahoax, #carbonkleptomania, #globalcooling, #climatechangehoax, #globalwarmingisfake, #noclimateemergency and #climatescam that remain active on the social media platform.

Malcolm Turnbull and Sarah Hanson-Young attack government climate policy on Q+A. The federal government and Resources Minister Keith Pitt have come under fire on Q+A over Australia's plan for a gas-led recovery from COVID-19. 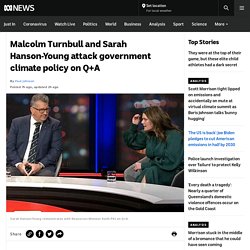 Key points: Former prime minister Malcolm Turnbull labelled Australia's 'gas-led recovery' a sloganResources Minister Keith Pitt was heavily criticised over Australia's emissions targetsJournalist Narelda Jacobs called for reform when it came to policing issues involving Indigenous Australians The episode came after Prime Minister Scott Morrison earlier this week said Australia's target of net zero emissions by the year 2050 would not be met in inner-city wine bars. That triggered a question from audience member Madeleine Johnston about framing climate change as identity politics, which in turn triggered a debate amongst all five panellists on the show. 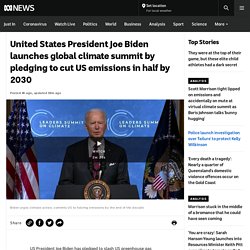 Key points: The world has agreed to keep emissions from rising by more than 1.5 degrees Celsius by the year 2100 To achieve that, many of the world's biggest polluters need to drastically cut emissions Mr Biden's announcement has sought to re-establish US leadership on climate action The United States, the world's second-leading emitter after China, seeks to reclaim global leadership in the fight against global warming after former president Donald Trump diminished US credibility in this policy area throughout his term. The IPCC, the UN's climate science panel, has calculated the global 2030 and 2050 emissions reduction targets need to give the world a "high likelihood" of keeping the Earth from warming to 1.5 degrees Celsius above pre-industrial levels by 2100.

Climate Q&A: will we be less healthy because of climate change? Climate Explained is a collaboration between The Conversation, Stuff and the New Zealand Science Media Centre to answer your questions about climate change. 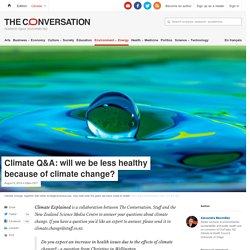 If you have a question you’d like an expert to answer, please send it to climate.change@stuff.co.nz Do you expect an increase in health issues due to the effects of climate change? - a question from Christine in Wellington You may already be experiencing one of the potential impacts of climate change on our mental health.