How a Failed Kickstarter Campaign Returned, Succeeded, and Spawned a Transportation Subculture. 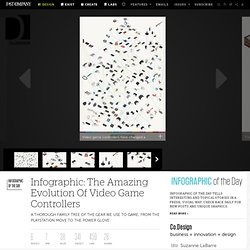 Brazilian Modern - L'ArcoBaleno. When Carioca designer Sergio Rodrigues (1927– ) introduced his Mole armchair (later known as the Sheriff chair) in 1957, it sat in the window of his interior design shop in Rio de Janeiro for months without much notice. 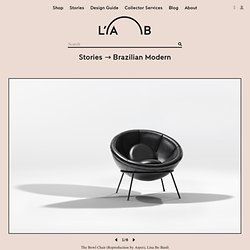 But over the course of the next few years, examples circulated throughout Europe and received increasing media acclaim—culminating in first prize at the 1961 International Furniture Competition in Cantú, Italy, and Danish architect Arne Jacobsen’s declaration that the masterful design “is absolutely representative of its region of origin.” European approval echoed back to Brazil, and the chair became a national icon. The Mole Armchair, Sergio RodriguesCourtesy of R 20th Century Gallery.

23 Clever Urban Hacks Made From Trash On New York City Streets. Over the last three years, an anonymous artist has wandered around the streets of New York finding random pieces of trash and turning them into something useful. 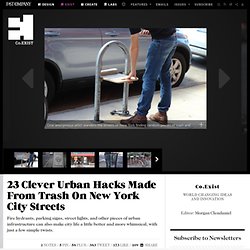 A scrap of wood, tucked into the curve of a U-shaped bike rack, became a temporary folding chair. Bottle holders from abandoned bikes, attached to the sides of a trashcan, transformed into mini-recycling bins. An old ball tied to a signpost became a game. In total, the artist has created 23 of these interventions so far in a project called Rotten Apple. 350 People, 8 Hours: Airbus Tests How Not To Make Passengers Go Nuts.

It might not always feel like it, but airline-cabin comfort is an arduously designed and tested experience. 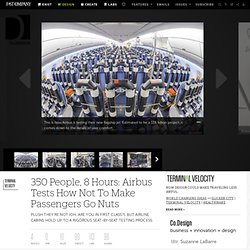 Every detail matters. It’s why Lufthansa spent five years designing their new business class cabin, and it’s why Virgin Atlantic’s flight attendants spend a day training to whisper quietly to passengers in first class. There's an art to cramming bodies into a tight, highly controlled space in which you are barely allowed to move. A Better Way To Make Your Bed. My current strategy for putting on a duvet cover, a cheapie from Target, is to grasp each corner of my down comforter and literally crawl inside the duvet cover like it's a tent, pushing each corner of the comforter into each corner of the duvet cover. 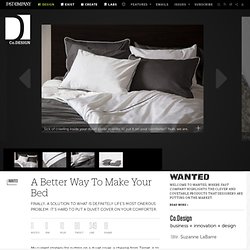 And then two days later I have to do it again, because the comforter gets all bunched up in there anyway. It is a terrible system! Handsome Paper Notebooks Come With Digital Backup. Paper is awesome. 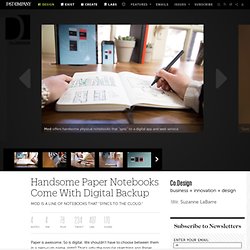 So is digital. We shouldn't have to choose between them in a zero-sum game, right? That's why the popular sketching app Paper now lets you output your digital drawings into physical books. Now a brand called Mod is offering the same product in reverse: handsome physical notebooks that "sync" to a digital app and web service. This 530-Pound "Exosuit" Will Help Find Undiscovered Life 1,000 Feet Under The Sea. Eighteen years ago, Mike Lombardi started his diving career as a high school student looking for lost wallets and keys off the coast of Rhode Island. 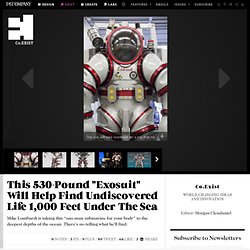 But this July, he’s about to take a trip no other diver ever has. At a depth of 1,000 feet--hundreds of feet deeper than divers can go with conventional gear--he’ll be seeking out undiscovered species of bioluminescent animals who spend their lives in total darkness. To get there, he'll need 530 pounds of newly minted technology on his body and a remotely operated deep-sea robot by his side.

On the surface, Lombardi will don something called the Exosuit, then spend 10 lonely, surreal minutes sinking into the deep. “These suits--there’s really been this romantic notion of people just trying to get down to the bottom of the ocean,” says David Gruber, the marine biologist in charge of operating the DeepReef-ROV descending with Lombardi this summer. 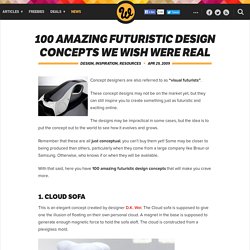 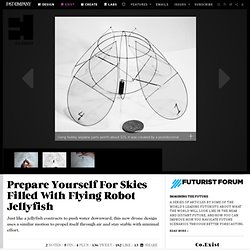 Why Smaller Plates Can Help You Lose Weight. It's always nice to have someone to blame for a problem, so if you're struggling to keep off weight these days, feel free to direct some spite at Joseph Delboeuf. 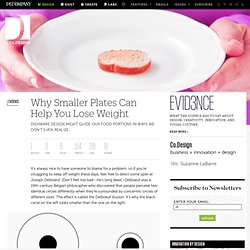 (Don't feel too bad--he's long dead.) An Evolutionary Theory For Why You Love Glossy Things. The evidence that people are drawn to shiny things is all around us: from the pages of lifestyle magazines to the page stock of lifestyle magazines. Timbergram Illustrations on Behance. 31 Origami Packaging Techniques - From Transforming Snack Packaging to Origami-Inspired Crepe Cones. There's something fascinating about the concept of folding paper into objects and characters, and these unique origami packaging examples are showcasing how retailers are using that classic Japanese technique to make their products stand out. Designing a product label and packaging design can be a challenging process. Since there are a variety of different retailers and similar products on the market, creating a package that will stand out amongst the other items is key to catching a consumer's attention.

Search Engineering Material by Property Value. Mechanical Material Properties - Engineer's Handbook. The mechanical properties of a material describe how it will react to physical forces. Mechanical properties occur as a result of the physical properties inherent to each material, and are determined through a series of standardized mechanical tests. Strength Strength has several definitions depending on the material type and application. Inside This Friendly Teddy Bear Hides An Electronic Health Clinic. The Teddy Guardian looks like a normal teddy bear. He's got big ears and a squishy nose. How To Prototype For Success, Power, And Unlimited Riches. Doing is the new thinking. Will Google Glass Ever Look Good? 3 Secrets To Designing Great Toys, From LeapFrog and Ideo. Design Classics A to Z - Alphabet Print - 67 Inc.

Circa’s Object-Oriented Approach To Building The News ⚙ Co. Since newspapers first started to print, the basic unit of news has been the article, an unstructured blob of data. A news article contains standard elements like a headline, quotes, facts and photos. Skeuomorph. Why Aren't Our Gadgets Still Covered In Wood? 6 Startup Lessons From Designers At Pinterest, Fuseproject, And Behance.

In 2011, over 60 designers started the Designer Fund, to give angel funding, mentorship, and connections to designers creating businesses with positive social impact. We believe that designers should be part of the DNA of companies from the beginning and partner with business and technology cofounders to build great products, user experiences, and a culture of innovation for the long run. That core principle has informed our Designer Founders book series, which includes interviews with designers about the path they took to create tech startups.

Our goal with this project is for designers around the world to find inspiration in role models who have successfully taken the journey from designer to founder. Tidemark's Infographics Could Change How Your Business Is Run. Clerkenwell Design Week 2012. Photo © Ben Webb >> photographs & text by Ben Webb for Yatzer.com On the 22d May 2012, the gates to the infamous Farmiloe building (34 St John St London EC1M 4BE Area: Farringdon) opened once again in order to host Clerkenwell Design Week, London, UK (22-24 May 2012). Featured in films such as The Dark Knight and Eastern Promises, the Farmiloe boasts an ideal utilitarian backdrop for this contemporary design fair. This year’s event was sponsored by luxury car giant Jaguar and true to form, their participation was particularly unique. A concept car parked in the lobby took center stage showcasing the various stages involved in the model production right from clay molding to final polished bodywork.

The general atmosphere of Clerkenwell Design Week 2012 is captured in the pictures that follow. Why Apple Is Losing Its Aura. Brochure_Container_Packing_es. Home.