People around you control your mind: The latest evidence. So you’re sitting on a plane, somewhere in the back. 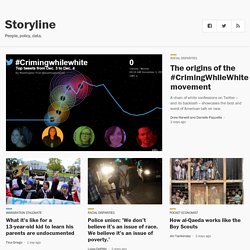 Sweat is rising off this human stew, and in horror you watch it condense, trickling down the window glass. You slam the blind shut. Eww. Of course the feeling is irrational—you’re flying, through the sky! —but you hate everything right now. Someone next to you swipes his credit card to buy an in-flight movie, which again reminds you of the insult, the nickel and diming, of air travel. And yet. INTERIEURARCHITECT - Studio Renier Winkelaar. 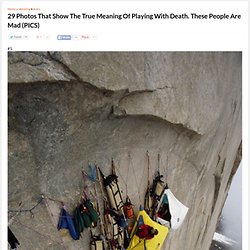 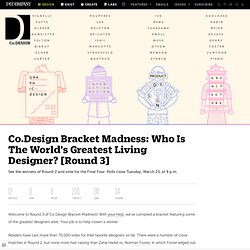 With your help, we've compiled a bracket featuring some of the greatest designers alive. Your job is to help crown a winner. Readers have cast more than 70,000 votes for their favorite designers so far. Shape - A Film About Design. Tom Wujec: 3 ways the brain creates meaning. 2020 by Trend Micro. Design Pirate Cody Foster Tries To Buy Victim's Silence. Design pirate Cody Foster is at it again. 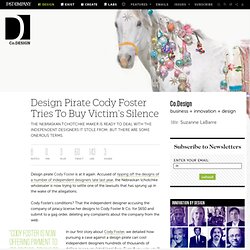 Accused of ripping off the designs of a number of independent designers late last year, the Nebraskan tchotchke wholesaler is now trying to settle one of the lawsuits that has sprung up in the wake of the allegations. Cody Foster's conditions? That the independent designer accusing the company of piracy license her designs to Cody Foster & Co. for $650 and submit to a gag order, deleting any complaints about the company from the web.

In our first story about Cody Foster, we detailed how pursuing a case against a design pirate can cost independent designers hundreds of thousands of dollars in accumulated legal fees. Even if you win, you'll likely lose. Cody Foster is now offering payment to its critics, trying to convince them to be quiet. Then there was the fine print. How Spritz Redesigned Reading, Letting You Scan 1,000 Words A Minute. When we read, our eyes move across a page or a screen to digest the words. 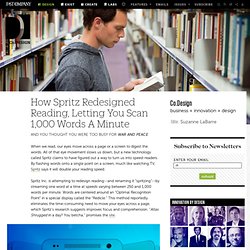 All of that eye movement slows us down, but a new technology called Spritz claims to have figured out a way to turn us into speed-readers. By flashing words onto a single point on a screen, much like watching TV, Spritz says it will double your reading speed. Spritz Inc. is attempting to redesign reading--and renaming it “spritzing”--by streaming one word at a time at speeds varying between 250 and 1,000 words per minute. 5 Ways The Macintosh Changed Creativity Forever. In a world in which music videos can be shot on an iPhone, and more design is seemingly done on screen than off, the idea that computers can shape how artists and designers create things seems obvious. 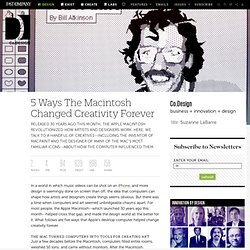 But there was a time when computers and art seemed unbridgeable chasms apart. For most people, the Apple Macintosh--which launched 30 years ago this month--helped cross that gap, and made the design world all the better for it. What follows are five ways that Apple’s desktop computer helped change creativity forever. The Mac Turned Computers Into Tools For Creating Art Just a few decades before the Macintosh, computers filled entire rooms, weighed 50 tons, and came without monitors. Human Factors and Ergonomics Society. 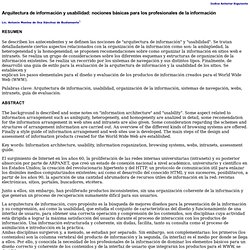 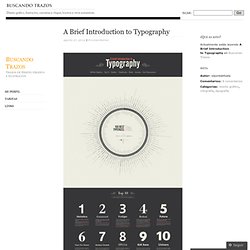 M’atreviria a dir que és l’ELEMENT. Es pot dissenyar bé utilitzant únicament, i correctament, tipografia. Any Animal That Touches This Lethal Lake Turns to Stone. Why Social Sustainability Should Be Part Of Every Business. I can’t think of anything that illustrates the human cost of doing business more than the tragedy this past April in Bangladesh. 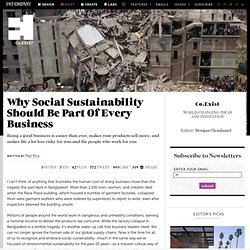 More than 1,100 men, women, and children died when the Rana Plaza building, which housed a number of garment factories, collapsed. Most were garment workers who were ordered by supervisors to report to work, even after inspectors deemed the building unsafe. Millions of people around the world work in dangerous and unhealthy conditions, earning a nominal income to deliver the products we consume. While the factory collapse in Bangladesh is a terrible tragedy, it’s another wake-up call that business leaders need.

We can no longer ignore the human side of our global supply chains. Population Matters » For a sustainable future.