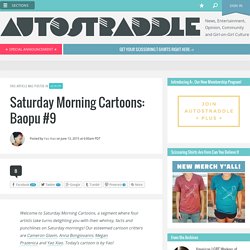 Our esteemed cartoon critters are Cameron Glavin, Anna Bongiovanni, Megan Prazenica and Yao Xiao. Today’s cartoon is by Yao! Yao Xiao Illustrator based in New York City. A native of China, Yao Xiao is an enthusiast for queer fashion, vintage cabaret, collecting odd objects, and absurd science fiction with a flair of whimsy. Yao has written 11 articles for us. Just Because It Doesn't Affect You Personally Doesn't Mean It's Not Oppressive. Panel 1 Person #1 is standing in the middle of a cloud of sentences, looking around. 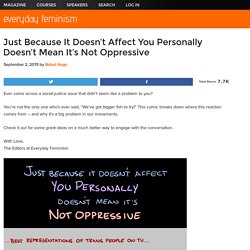 She has one arm. …best representations of trans people on tv… …government isn’t making missing aboriginal women a priority… This Cartoon Nails the 32 Types of Anti-Feminists – How Many Have You Come Across? Why "Sex-Positive" Feminism Is Negative For Me  While skimming through news a few weeks ago, I noticed that one of the current hot topics on feminist threads was the Cliteracy project, an installation piece by New York artist Sophia Wallace that focuses on themes of women's sexual gratification. 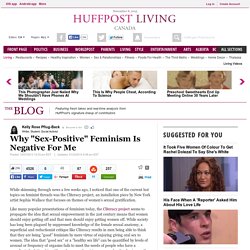 Like many popular presentations of feminism today, the Cliteracy project seems to propagate the idea that sexual empowerment in the 21st century means that women should enjoy getting off and that men should enjoy getting women off. While society has long been plagued by suppressed knowledge of the female sexual anatomy, a superficial and reductionist critique like Cliteracy results in men being able to think that they are being "good" feminists by mere virtue of enjoying giving oral sex to women. 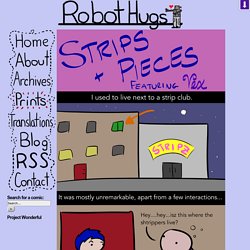 Warning: This comic discusses sex work, includes some semi-nude images, and contains sexist slurs. As such it should probably be considered NSFW. A German version of this comic can be found here (credit: Tilman) EDIT: Some of you have correctly pointed out that we should be supporting efforts to decriminalize sex work, not legalize it. That quote came at the end of an involved collaboration session and we were rushing a bit and let our language slip. I had the amazing privilege to get some time to collaborate with Vex, a wickedly smart and wonderfully funny woman who worked as a dancer and escort in Canada from 2000 – 2008.

What is Cisgender? This Infographic Can Help. The debate as to the need for so many labels or titles rages on, fueling many tumblr posts. 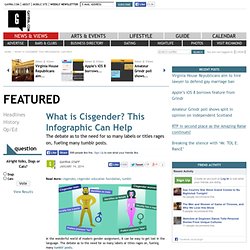 Read More: cisgender, cisgender education foundation, tumblr In the wonderful world of modern gender assignment, it can be easy to get lost in the language. The debate as to the need for so many labels or titles rages on, fueling many tumblr posts. But to keep yourself in the know, the folks over at the Cisgender Education Foundation have hobbled together this pretty neat infographic: The Ornithology Of The American Lesbian. You can always count on co-workers! : SRSFunny. Stop Saying “Sorry” And Say “Thank You” Instead. Unless you’re Canadian, you’re not doing anyone any favors by saying “sorry” all the time. 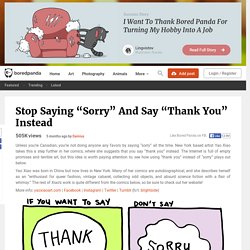 New York based artist Yao Xiao takes this a step further in her comics, where she suggests that you say “thank you” instead. The Internet is full of empty promises and terrible art, but this idea is worth paying attention to; see how using “thank you” instead of “sorry” plays out below. Yao Xiao was born in China but now lives in New York. Many of her comics are autobiographical, and she describes herself as an “enthusiast for queer fashion, vintage cabaret, collecting odd objects, and absurd science fiction with a flair of whimsy.”

The rest of Xiao’s work is quite different from the comics below, so be sure to check out her website! Top Five Women Composers. Support WQXR Upgrade Flash to listen Play AAC+Recommended. 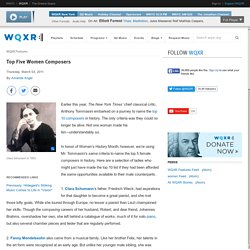 For use in iTunes and mobile iPhone devices.MP3For use in Quicktime, Winamp and othersRTSPFor use in mobile Android and BlackBerry devicesWindowsFor use only in Windows Media Player Close On Air: Elliott Forrest Thais: Meditation, Jules Massenet Ralf Mathias Caspers, violin. Full Player. Identity Shift. New Comic! 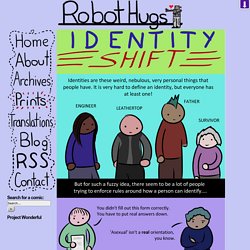 Finnish (credit: Valhe) Apparently now that I’m not in school anymore I’m all about giant long-form comics. Identity is a really important topic to me, and the trope of ‘finding yourself’ is almost as problematic and insulting to me as the trope of ‘coming out’. I want to destroy the idea that some identities are less valid than others, the condescension that comes with ‘they’re just figuring themselves out’, and the insulting dismissal of identity exploration and performance in youth as being somehow not ‘real’, or as ‘attention seeking’. Oh Joy Sex Toy: How I Realized I'm Asexual. This Comic Will Forever Change the Way You Look at Privilege — MBC Times. Calling to End 'Political Correctness' Just Won't Work – Here's Why. Panel 1 (A smug-looking white man in a superhero costume) 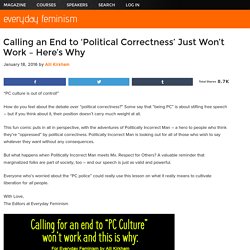 Manic Pixie Nightmare Girls. Untitled. Let's Be Clear – My Gender Identity is Harmless. Panel 1 (A person wearing glasses with short hair and a serious expression looks out from a purple circle) 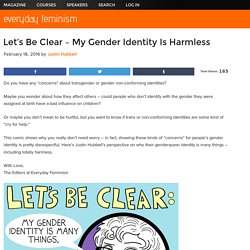