To Redeem One Person Is to Redeem the World: Pioneering Psychotherapist Frieda Fromm-Reichmann, the Loneliness of Mental Illness, and the Healing Power of Believing in a Person’s Inextinguishable Inner Light. Grief: How Long Does It Last? - Lifetime Daily. When we refer to grief and bereavement, it’s usually about dealing with initial grief, that period of mourning that begins immediately following a major loss. 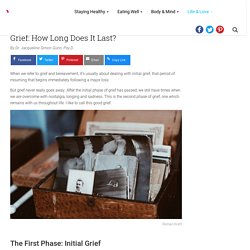 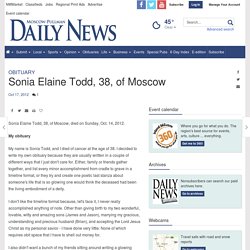 Elizabeth Smart: Abstinence-only sex education hurts victims of rape and human trafficking. (George Frey/Getty Images) In 2002, 14-year-old Elizabeth Smart was abducted from her Salt Lake City home, held captive in the mountains, and raped repeatedly for nine months.* Since her escape, she has emerged as an advocate for human trafficking victims—and recently, a critic of abstinence-only sex education. 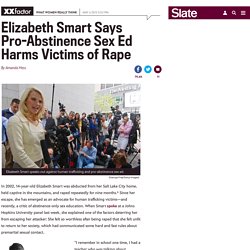 When Smart spoke at a Johns Hopkins University panel last week, she explained one of the factors deterring her from escaping her attacker: She felt so worthless after being raped that she felt unfit to return to her society, which had communicated some hard and fast rules about premarital sexual contact. Amanda Hess is a Slate staff writer. The 6 Most Common Biological Sexes in Humans. Many of you have expressed an interest in more of my personal essays; the documents I use myself to study various topics and take advantage of the so-called “orangutan theory”, which states that forcing yourself to write down your ideas, or speaking them out loud, even if your only audience is a large primate in a circus tent, shifts your brain into a logical mode that gives you a better understanding of what you believe, both inherently and explicitly.

To Anyone Who Thinks They're Falling Behind In Life. You don’t need more motivation. 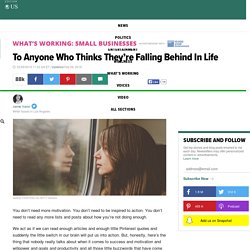 You don’t need to be inspired to action. You don’t need to read any more lists and posts about how you’re not doing enough. We act as if we can read enough articles and enough little Pinterest quotes and suddenly the little switch in our brain will put us into action. Why-women-need-their-girlfriends_b_5539150. Years ago, I was at the beach with my family when I noticed a group of ladies nearby who appeared to be in their 50s. 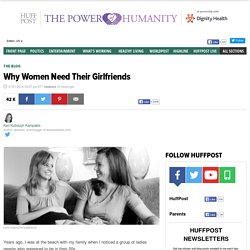 With a quick glance, I knew they were on a girls' weekend. All the signs were there -- coolers and cocktails, beach bags with romance novels, straw hats, umbrellas in the sand -- but most telling of all was their laughter. Lots and lots of laughter, the kind that draws attention and curiosity from anyone in earshot. I loved watching these women enjoy each other's company. Although they were older than me, and well past my season of life in having babies, I could imagine being in their shoes one day, basking in the glow of old friends who still made me feel young again. The hipster is dead, and you might not like who comes next. What do we call me? 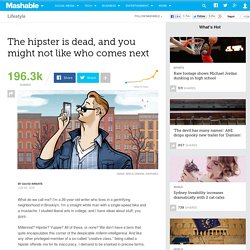 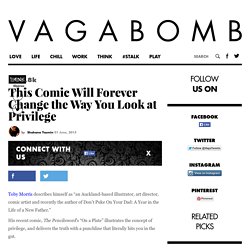 His recent comic, The Pencilsword's “On a Plate” illustrates the concept of privilege, and delivers the truth with a punchline that literally hits you in the gut. He places two individuals side by side, showing how financial security and benefits, or the lack of it, affects them even if they come from households that love and support them, leading to two completely different outcomes. The science behind why introverts struggle to speak. A co-worker appears out of the blue and asks me a question. 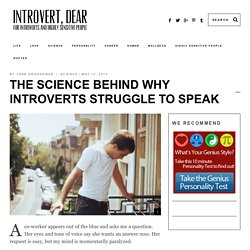 Her eyes and tone of voice say she wants an answer now. Her request is easy, but my mind is momentarily paralyzed. For 40 Years, This Russian Family Was Cut Off From All Human Contact, Unaware of World War II. It's Not Easy Being a Moderate. “You’re wishy-washy. 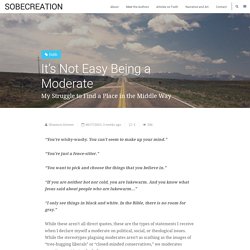 You can’t seem to make up your mind.” “You’re just a fence-sitter.” “You want to pick and choose the things that you believe in.” “If you are neither hot nor cold, you are lukewarm. 21 Secrets for your 20s. Welcome to AllGroanUp.com by Paul Angone — a place for twentysomethings asking “what now?” 21 Secrets For Your 20s has been read by over a million people in 180 countries. If you like it, find out at the bottom of the article how you can snag FREE chapters my debut book “101 Secrets For Your Twenties” (Moody Publishers). 1. Never looking at your budget and never making a budget is the exact same thing. 2. Where to Tap. Written by Adam Khan Chapter 28 of the book Self-Help Stuff That Works by Adam Khan EVER HEAR THE STORY of the giant ship engine that failed? The ship's owners tried one expert after another, but none of them could figure out how to fix the engine.

Then they brought in an old man who had been fixing ships since he was a youngster. A week later, the owners received a bill from the old man for ten thousand dollars. Giving money to child beggars: Don’t do it. Photo courtesy Eric Johnson I still remember him vividly. He was a little boy, maybe 10 or 11 years old, who navigated the streets of New Delhi by lying, stomach-down, on an old skateboard, and pulling his body along with his arms. He didn’t have any legs. He rolled over to me, looked up into my eyes, and asked for money. Why Facebook Makes You Feel Miserable. No surprise — those Facebook photos of your friends on vacation or celebrating a birthday party can make you feel lousy. Facebook is supposed to envelope us in the warm embrace of our social network, and scanning friends’ pages is supposed to make us feel loved, supported and important (at least in the lives of those we like).

But skimming through photos of friends’ life successes can trigger feelings of envy, misery and loneliness as well, according to researchers from two German universities. The scientists studied 600 people who logged time on the social network and discovered that one in three felt worse after visiting the site—especially if they viewed vacation photos. Facebook frequenters who spent time on the site without posting their own content were also more likely to feel dissatisfied. (MORE: Why You’re More Likely to Remember A Facebook Status Than a Face) 23 Signs You're Secretly An Introvert. 17 Signs You Graduated High School In 2004, 2005, Or 2006. 15 Things to Start Doing By the Time You’re 30. First off, nothing magical happens when you turn 30. INFJ personality. 19 Incredibly Wise Truths We Learned From Winnie The Pooh.

7 Things I Learned From 1 Year Without Alcohol. Image: On the left, a peak drinking time / On the right, a few weeks ago, almost one year sober. The Pitchforks Are Coming… For Us Plutocrats - Nick Hanauer - POLITICO Magazine. 7 Things Remarkably Happy People Do Often.