Crypto currencies open up opportunities, but also have risks for rich and developing countries. Cryptocurrencies sound like a good idea. 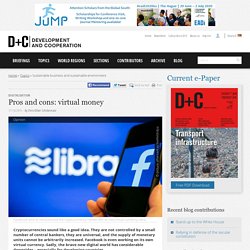 They are not controlled by a small number of central bankers, they are universal, and the supply of monetary units cannot be arbitrarily increased. Facebook is even working on its own virtual currency. Sadly, the brave new digital world has considerable downsides – especially for developing countries. Real World Application of Cryptocurrencies - CryptoDigest. Crypto-Marketplace Series: Learn Where & How you can spend Crypto(5 part series — PART 5) 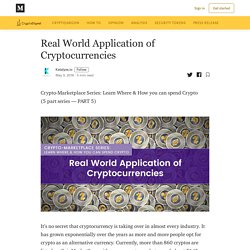 The Future Of Cryptocurrency. A cryptocurrency is a digital currency that is created and managed through the use of advanced encryption techniques known as cryptography. 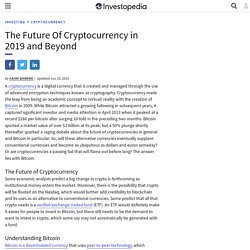 Cryptocurrency made the leap from being an academic concept to (virtual) reality with the creation of Bitcoin in 2009. While Bitcoin attracted a growing following in subsequent years, it captured significant investor and media attention in April 2013 when it peaked at a record $266 per bitcoin after surging 10-fold in the preceding two months. Bitcoin sported a market value of over $2 billion at its peak, but a 50% plunge shortly thereafter sparked a raging debate about the future of cryptocurrencies in general and Bitcoin in particular.

So, will these alternative currencies eventually supplant conventional currencies and become as ubiquitous as dollars and euros someday? 10 Incredible Uses for Cryptocurrency and Blockchain You Probably Haven't Thought of. 10 Awesome Uses of Cryptocurrency. Bitcoin may reach $250k by 2023: Tim Draper - AMBCrypto. Optimism is currently a word forgotten from Bitcoin‘s dictionary! 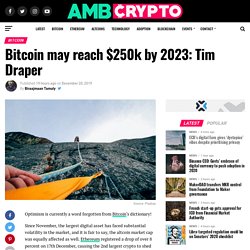 Since November, the largest digital asset has faced substantial volatility in the market, and it is fair to say, the altcoin market cap was equally affected as well. Ethereum registered a drop of over 8 percent on 17th December, causing the 2nd largest crypto to shed its entire gains of 2019. However, a certain crypto proponent remained unfazed by the current price fluctuations. In a recent interview with BlockTV, Tim Draper indicated that the current bearish sentiment attached to Bitcoin did not raise his personal levels of anxiety as he believed BTC is still on the right path.

Draper stated that if a proper technical analysis is drawn, Bitcoin’s price following the halving may cross $250,000, 6 to 12 months after the event. The venture capitalist believed by the end of 2022, customer adoption with Bitcoin will drastically improve with increasing participation from women investors. Why Did Bitcoin Price Drop Below $9,000? A Pivotal Weekend Ahead. Bitcoin price (BTC) fell 5% today to a new weekly low at $8,660, a point which is also below the 200-day moving average which has been acting as support since reclaiming it in the final week of October. 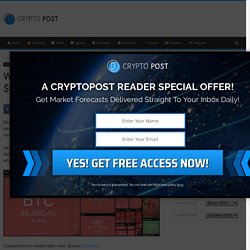 Almost all other crypto-assets have also suffered a valuation loss against the U.S. dollar, but there has been some resilience shown in both Ether (ETH) and EOS, which have continued to outperform Bitcoin over the last week. Cryptocurrency market daily view. Source: Coin360. Bank of America’s CashPro app completes biggest online transaction with US$1.6 bil payment. Ripple CEO Reports on Company Growth and Increased XRP Liquidity. Bitcoin Evolution. How To Buy ICO Tokens: Beginner’s Guide. Even if you’re the kind of person that only spends a few minutes a day online reading news articles, chances are you’ve heard of ICOs. 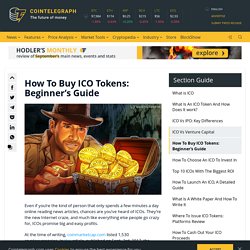 They’re the new Internet craze, and much like everything else people go crazy for, ICOs promise big and easy profits. Ripple's Xpring aims to make XRP the internet of money. Xpring, an initiative by Ripple, is launching a platform to provide tools, services and programs for developers to easily build applications with payment gateways using fiat and crypto, particularly XRP. 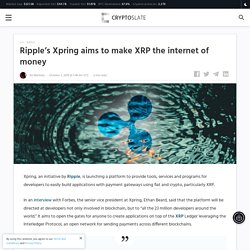 In an interview with Forbes, the senior vice president at Xpring, Ethan Beard, said that the platform will be directed at developers not only involved in blockchain, but to “all the 23 million developers around the world.” It aims to open the gates for anyone to create applications on top of the XRP Ledger leveraging the Interledger Protocol, an open network for sending payments across different blockchains. “Ultimately, we want the Xpring Platform to bring money to the Internet at the same core level as text, images and video [do] today,” added Beard. Crypto Trader Predicts Ripple (XRP) Will Hit $1 as this Very Month Ends. XRP (XRP) Is A ‘Game-Changer,’ HSBC Stated. Although Ripple is performing pretty well in terms of partnership with banks and financial institutions, it had not disclosed the exact number of banks that joined Ripplenet, a blockchain-based product of Ripple. 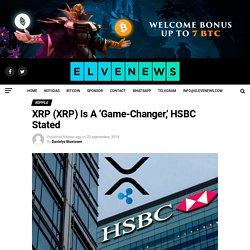 However, a prominent member of the XRP community shared a video clip that revealed, about 220 customers have joined RippleNet. The names of these additional banks are not specifically mentioned but the latest banks to join its network are PNC Bank and Faysal Bank Limited (FBL). In early this month, PNC Bank becomes the leading US bank to go live on RippleNet for cross border payment service. 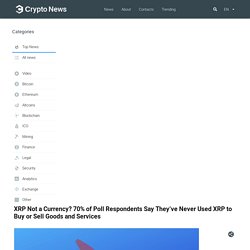 Bitcoin, Stocks, Or Precious Metals: Which Turns The Most Profit? Bitcoin’s strong and stable performances in 2019 have been undeniable. 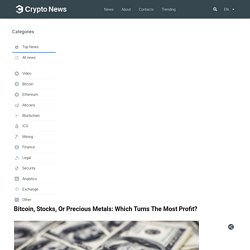 As the cryptocurrency’s returns continue to outperform gains seen in traditional market stalwarts (i.e. gold, silver, and the S&P 500), many traders are making comparisons to its relative strength within the market. A recent tweet from crypto analyst @BitcoinEcon has raised some key questions for traders with respect to Bitcoin’s relative position in the market. Traditional Asset Comparisons Essentially, the trader’s chart analyzes the profit probabilities of various returns generated by gold, silver, and the S&P 500. These returns are then placed within comparative timeframes that allow traders to see the average investment durations that might be required in order to see similar trading results across each asset class:

Bitcoin to Boom As Macroeconomic Backdrop Worsens; Here’s Why. For most of its life, Bitcoin (BTC) was seen as a volatile gamble that was most likely to fail. Just look to the countless obituaries detailing the “death” of the cryptocurrency on this site. But, this narrative has started to change. Year to date, Bitcoin has gained a jaw-dropping 150%, shocking investors the world over. Related Reading: Buy Bitcoin: Legendary Hedge Fund Manager Bashes QE, Low Interest Rates. PSA: Only 48 Hours Remain for US Crypto Investors to Trade on Binance. Nasdaq Lists New Index for Decentralized Finance Projects Called Defix.