The silent tragedy affecting today’s children — Victoria Prooday. How much more evidence do we need before we wake up? 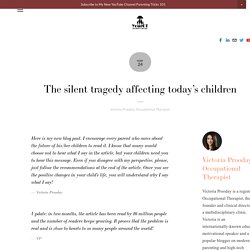 Almost everyone who is unhappy with life is unhappy for the same reasons. 20 Common But Harmful Mistakes Most Parents Make. The following was syndicated from Quora for The Fatherly Forum, a community of parents and influencers with insights about work, family, and life. 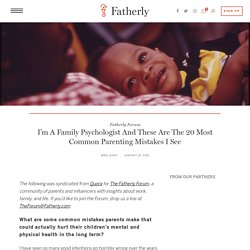 If you’d like to join the Forum, drop us a line at TheForum@Fatherly.com. What are some common mistakes parents make that could actually hurt their children’s mental and physical health in the long term? I have seen so many good intentions go horribly wrong over the years that can result in self-harm, suicide and, in extreme cases, even murder. How to Raise Nature-Loving Kids in a Media-Loving World – 365Outside. “It smells good out!” 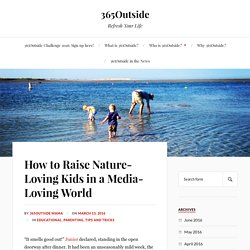 Junior declared, standing in the open doorway after dinner. It had been an unseasonably mild week, the first hints of spring revealing themselves in a warm southerly breeze and jackets left hanging inside. A day of rain had washed everything and now tonight, the sky was clearing again and bulbs were just beginning to push through the rich soil. The air felt extra oxygenated, smelling of dirt and grass and fresh clean nothingness. Junior stood in the open doorway after dinner, taking in big gulps of it as though he were still hungry. Want to Raise Emotionally Intelligent Kids? Here are 7 Things to Teach Them About Good Relationships. Why are our kids so miserable? The Decline of Play and Rise in Children's Mental Disorders. Risk is essential to childhood – as are scrapes, grazes, falls and panic. Following yesterday’s all-party parliamentary group report on a fit and healthy childhood, diligent parents everywhere are wondering how much risk they should introduce into their children’s lives. 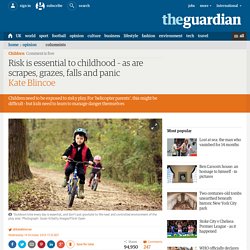 The report stated that: “Risky play, involving perhaps rough and tumble, height, speed, playing near potentially dangerous elements such as water, cliffs and exploring alone with the possibility of getting lost, gives children a feeling of thrill and excitement.” Risk is an essential component of a balanced childhood. Exposure to healthy risk, particularly physical, enables children to experience fear, and learn the strengths and limitations of their own body. What worries Australian children? BTN Happiness Survey finds 1 in 5 wouldn't talk about problems. 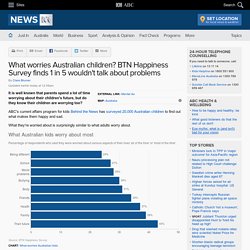 ABC's current affairs program for kids Behind the News has surveyed 20,000 Australian children to find out what makes them happy and sad. Creative Child Connection-Based Discipline. In my previous article, Why Connection is the Parenting Key, I discussed the separate roles of the upstairs and downstairs brain. 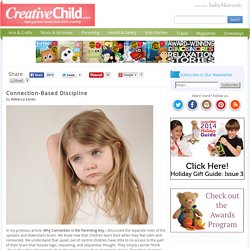 We know now that children learn best when they feel calm and connected. We understand that upset, out of control children have little to no access to the part of their brain that houses logic, reasoning, and sequential thought. 20 Manageable Things 20-Somethings Can Do In 2016 To Be Successful. You have no idea how old you are. 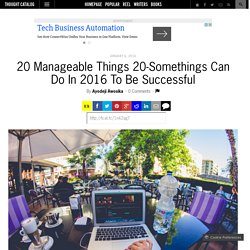 Yes, you know the number of years you’ve been alive, but your true age is equal to the amount of years you have left. You probably know to ask yourself, “What do I want?” Here’s a way better question. Everybody wants what feels good. Everyone wants to live a carefree, happy and easy life, to fall in love and have amazing sex and relationships, to look perfect and make money, and be popular and well-respected and admired and a total baller to the point that people part like the Red Sea when you walk into the room.

You Don’t Need to Overcome Approach Anxiety. Many people use the label approach anxiety to describe the fear of starting a conversation with someone new. 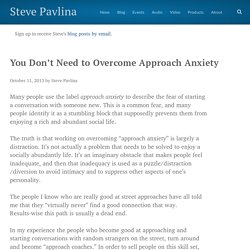 This is a common fear, and many people identify it as a stumbling block that supposedly prevents them from enjoying a rich and abundant social life. The truth is that working on overcoming “approach anxiety” is largely a distraction. It’s not actually a problem that needs to be solved to enjoy a socially abundantly life. 6 Ways to Become More Independent, Less Codependent. “Most of us live in a state of codependence, be it with our partners, friends or social group,” according to Isha Judd, author of the books Love Has Wings and Why Walk When You Can Fly . 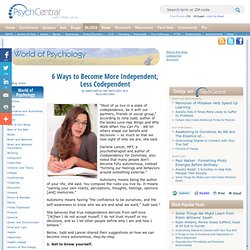 We let others shape our beliefs and decisions — so much so that we lose sight of who we are, she said. Darlene Lancer, MFT, a psychotherapist and author of Codependency for Dummies, also noted that many people don’t become fully autonomous, instead “forming our feelings and behaviors around something external.” Autonomy means being the author of your life, she said. You compose the rules you live by. It means “owning your own reality, perceptions, thoughts, feelings, opinions [and] memories.” What To Do When Your Life Feels Meaningless. I was a really annoying kid to talk to when I was younger. 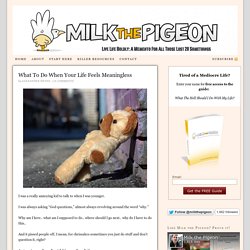 I was always asking “God questions,” almost always revolving around the word “why.” Beat your impulse to procrastinate by calming your inner reptile. Stick to Your Goals This Year by Using Identity-Based Habits. I agree with what you've outlined 100% - where a goal is not a pie-in-the-sky dream, and is rather a project, with measurable, tangible deliverables, attached to "by-when"s to create hard deadlines. I also feel your approach and what James outlined in the article about choosing identity first are absolutely compatible. Choosing to articulate your identity is a 'Step 0' to your proposed action plan, if you will.

I think in your example, the underlying assumption is that the person making that plan-backed affirmative goal thinks of themselves as "the type of person that follows through with a plan" and/or "the type of person in it for the long-haul". Otherwise, hand over a beautifully detailed, fully comprehensive project plan mapped to the success metric to somebody, and watch it get painfully neglected. The Difference Between Being Accomplished and Exceptional  In a recent speech I gave to a professional group, I highlighted the difference between accomplished and exceptional individuals. According to the thesaurus, accomplished people are able, talented, skilled and expert at something. They get things done. Pathways to Bliss: Joseph Campbell on Why Perfectionism Kills Love and How to Save Your Relationship. Harvard psychologists have been studying what it takes to raise 'good' kids. Here are 6 tips. Role Model Society - The Propeller Project. We need Mental Health Specialists to volunteer for medical aid work with Médecins Sans Frontières Australia (Doctors Without Borders)

Mind over matter: Lama Younis interview - ArabianBusiness.com. “You were born unique and you should continue your life journey being unique,” exclaims the animated young entrepreneur sitting across the table from me, addressing the region’s females from her office in Dubai’s Knowledge Village. Jailed for Life for Minor Crimes: The UK's Forgotten Prisoners. In a three-month investigation, VICE News uses Freedom of Information laws, exclusive interviews, and prison reports to uncover the scandal of the 4,612 prisoners serving life sentences under abolished legislation — some for relatively minor crimes.

From 2005, judges in England and Wales started giving out a new kind of life sentence for offenses such as shoplifting, minor criminal damage, and affray (fighting in public).Indeterminate Sentences for Public Protection (IPPs) were found to breach the European Convention on Human Rights, and the government scrapped the sentence in 2012. Prison Blues. Charles Whitman. Sympathy for the Devil: Charles Mansons Exploitation of Californ. Male Roles and Masculinities in the perspective of a Culture of Peace: Report. Tower Fantasy: Shooter Charles Whitman. Investigating the Criminal Mind: Criminal Psychology at the Crime Library.

A Killer's Conscience. Skip to comments. A Killer's Conscience Austin American-Statesman ^ | 12/09/01 | Mark Lisheron Posted on Sun 09 Dec 2001 07:46:32 PM CET by mountaineer. In transition to independent living, the ‘dignity of risk’ for the mentally ill. Kelvin Cook sits near his television shortly after getting cable installed at his apartment in Concord, N.C. He was given the opportunity to live on his own as part of a 2012 settlement between the Justice Department and the state of North Carolina, which agreed to move at least 3,000 people with serious mental illnesses into independent living by 2020. I work as a men's behavioural change practitioner.

Volunteer Opportunities. This Is What Developing Acute Schizophrenia Feels Like. The brain, showing the cerebral cortex. Photo via Wellcome Images A year ago this winter, I began to not recognize myself.