BEAUTY OF MATHEMATICS. BASE Cinque light - Appunti di Matematica ricreativa. How to Use Wolfram Alpha Inside Google Docs. Wolfram Alpha is a search engine that is probably best know for helping students solve mathematics problems. 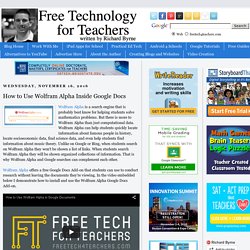 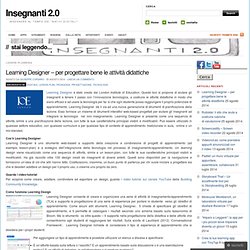 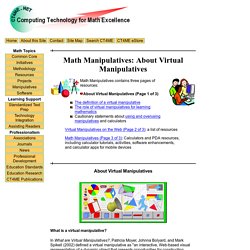 In What are Virtual Manipulatives? , Patricia Moyer, Johnna Bolyard, and Mark Spikell (2002) defined a virtual manipulative as "an interactive, Web-based visual representation of a dynamic object that presents opportunities for constructing mathematical knowledge" (p. 373). Static and dynamic virtual models can be found on the Web, but static models are not true virtual manipulatives. Virtual manipulatives have a range of characteristics, such as pictorial images only, combined pictorial and numeric images, simulations, and concept tutorials, which include pictorial and numeric images with directions and feedback (Moyer-Packenham, Salkind, & Bolyard, 2008). 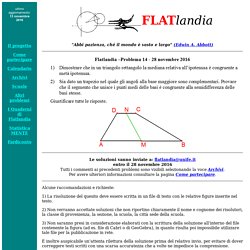 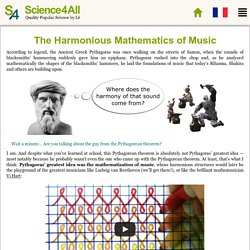 Pythagoras rushed into the shop and, as he analyzed mathematically the shapes of the blacksmiths’ hammers, he laid the foundations of music that today’s Rihanna, Shakira and others are building upon. Wait a minute… Are you talking about the guy from the Pythagorean theorem? I am. And despite what you’ve learned at school, this Pythagorean theorem is absolutely not Pythagoras’ greatest idea — most notably because he probably wasn’t even the one who came up with the Pythagorean theorem. At least, that’s what I think: Pythagoras’ greatest idea was the mathematization of music, whose harmonious structures would later be the playground of the greatest musicians like Ludwig van Beethoven (we’ll get there!) I’ve been a bit reluctant about writing this article at first because I’m very, very bad in music. The Perfection of Octaves. A-rhythm-etic. The math behind the beats - Clayton Cameron. 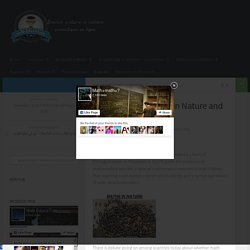 There is debate going on among scientists today about whether math discovered or invented by humans, where some believe that mathematics is the hidden language of the universe Others believe that mathematics is the invention enables intelligent human beings in it to predict what is happening in the universe. Einstein’s questions about: How is it possible to be able to interpret the mathematics of the universe is a good way that we see it Are we discover or invent mathematics ??? From time immemorial, man in search of cycles and patterns, used them to explore the physical world and to understand the rules of nature, the number of flower petals (answering “suites”) symmetry of our body. 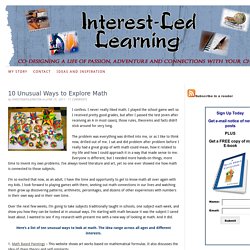 I never really liked math. I played the school game well so I received pretty good grades, but after I passed the test (even after receiving an A in most cases), those rules, theorems and facts didn’t stick around for very long. The problem was everything was drilled into me, or as I like to think now, drilled out of me. I sat and did problem after problem before I really had a great grasp of with math could mean, how it related to my life and how I could approach it in a way that made sense to me. Everyone is different, but I needed more hands-on things, more time to invent my own problems. I’m so excited that now, as an adult, I have the time and opportunity to get to know math all over again with my kids. 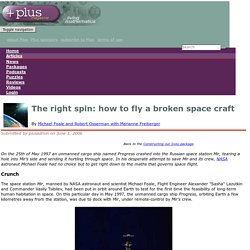 In his desperate attempt to save Mir and its crew, NASA astronaut Michael Foale had no choice but to get right down to the maths that governs space flight. Crunch The space station Mir, manned by NASA astronaut and scientist Michael Foale, Flight Engineer Alexander "Sasha" Lazutkin and Commander Vasily Tsibliev, had been put in orbit around Earth to test for the first time the feasibility of long-term human habitation in space.

On this particular day in May 1997, the unmanned cargo ship Progress, orbiting Earth a few kilometres away from the station, was due to dock with Mir, under remote-control by Mir's crew. The space station Mir. But this wasn't a routine docking manoeuvre. Get the Math in Music ~ Introduction : Get The Math. Thinking Blocks - Model Your Math Problems. Thinking Blocks is a nice site for elementary and middle school mathematics teachers. 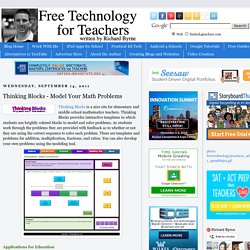 Thinking Blocks provides interactive templates in which students use brightly colored blocks to model and solve problems. As students work through the problems they are provided with feedback as to whether or not they are using the correct sequence to solve each problem. There are templates and problems for addition, multiplication, fractions, and ratios. You can also develop your own problems using the modeling tool. Get The Math in Fashion ~ Introduction : Get The Math. Real World Math - Home. Media4Math+: Math in the News. Resources for Teaching the Math & Science of Sports. The Super Bowl is coming up this weekend and many classrooms will have students buzzing with their predictions for Sunday's game. 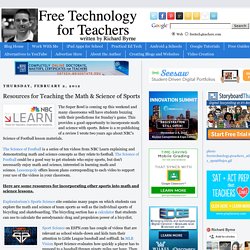 Using Maps in an Elementary School Math Lesson. When it comes to creative uses of Google tools, Tom Barrett is certainly a leader that we can all learn from. A great example of this can be found in Tom's Math Maps. Math Maps are Google Maps on which Tom and others have created placemarks which when clicked reveal mathematics questions for students to answer based on the maps. There are questions available for every elementary school grade level. The placemarks are color-coded to indicate the level of the questions. Blue = Kindergarten, Red = 1st grade, Green = 2nd grade, Light Blue = 3rd grade, Yellow = 4th grade, Purple = 5th grade. Weather Forecasting. Dolce matematica 1314 casalgrande.wmv. Math 2.0. Real Life Math. Textbook type problems in the real world.