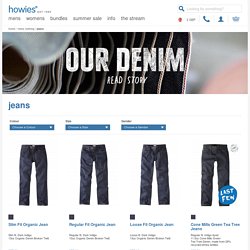 Made with 100% cotton, densely woven from long staple cotton. Indeed it takes 16 hours just to set up the machine with the necessary 24,000 strands of cotton that go to create Ventile. The Hack@ - Organic. Malcolm Gladwell wrote it takes 10,000 hours to become a Grand Master in chess. 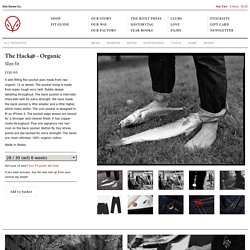 A Grand Master is someone who is capable of playing at the highest international level. In our town, there are people who have spent 20,000 hours, 30,000 hours, and in some cases, 40,000 hours making jeans. Japanese Denim Jeans - Albam Clothing. Chasemefilm. A Paper Record Player : Kelli Anderson. A Paper Record Player Posted by Kelli on Tuesday, April 12, 2011 · 185 Comments I just finished up a really fun project—a paper record player wedding invitation! 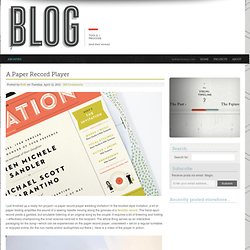 In the booklet-style invitation, a bit of paper-folding amplifies the sound of a sewing needle moving along the grooves of a flexidisc record. Griffiths, Gibson, and Ramsay Productions Pop-Up Record Player. I found this today on the Marketing Magazine website and fell in love with the whole concept for this direct mail piece. 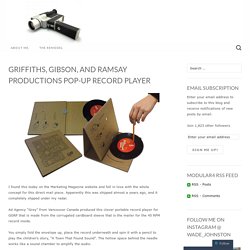 HP's Sprout uses a smart mat instead of keyboard and mouse. For years, the design of desktop PCs has been relatively static when compared to the innovation tablets and smartphones have enjoyed. 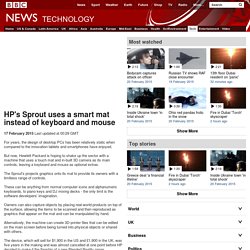 But now, Hewlett Packard is hoping to shake up the sector with a machine that uses a touch mat and in-built 3D camera as its main controls, leaving a keyboard and mouse as optional extras. The Sprout's projects graphics onto its mat to provide its owners with a limitless range of controls. These can be anything from normal computer icons and alphanumeric keyboards, to piano keys and DJ mixing decks - the only limit is the software developers' imagination. Owners can also capture objects by placing real-world products on top of the surface, allowing the items to be scanned and then reproduced as graphics that appear on the mat and can be manipulated by hand. Alternatively, the machine can create 3D-printer files that can be edited on the main screen before being turned into physical objects or shared with others. Specialty Fiber - Corning® Fibrance™ Light-Diffusing Fiber. Unleash brilliant design possibilities with Corning® Fibrance™ Light-Diffusing Fiber. 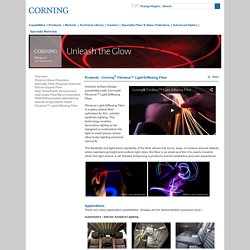 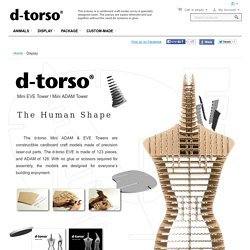 The d-torso EVE is made of 123 pieces, and ADAM of 128. With no glue or scissors required for assembly, the models are designed for everyone’s building enjoyment. The d-torso was originally invented by Yuki Matsuoka in 1998 to support his wife’s exhibition of knitwear, and the human shape has been its driving theme ever since.

We have developed original technology to shape models of objects not by their outer surfaces, but in precision slices. Sketchfab - The Easiest Way to Share Your 3D Models. The Works of Dickson Chow. Plant Friends MKII Article Date: July 13th, 2014. 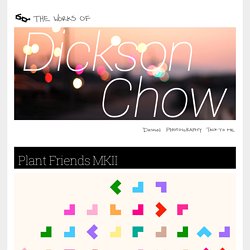 Updated: August 4th, 2014. What is Plant Friends? Plant Friends is a plant environmental monitor system. It monitors the soil moisture, air temperature, and air humidity of your indoor plant(s) and will alert you via email and SMS when your plants are thirsty. BlueBlanket Jeans. Blog — TRXL. 1. 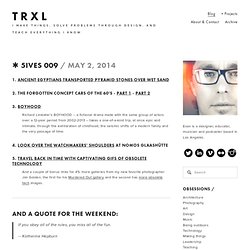 The Trippy ’60s, Courtesy of a Master On a recent morning in a townhouse office on East 32nd Street in Manhattan, reality was treading closely, and somewhat strangely, in fiction’s footsteps. The client sitting in the conference room, waiting for his real-life ad man, was the show’s creator, Matthew Weiner. And the ad man was not just another bright, creative type from the art department. OpenELEC Mediacenter - Home.

Display - d-torso Paper craft by Aki Co.,Ltd. Kano: A computer anyone can make by Kano. How to use a multi layered stencil. Stencil overlays. Michael Jackson multi layered stencil from The Stencil Studio. Stenciling Tutorials. Single layer stencils will give great results and are very easy to use, simply position the stencil, paint it and then remove it. 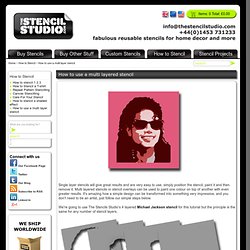 Open hardware knitting machine. A laser-cut wooden record that actually plays music. Leap Motion. BasicTutorial – LeoCAD. This tutorial is designed to show you the basics of LeoCAD. You will learn how to browse the pieces list, add pieces to a model, move and rotate pieces, create a model with multiple steps and change the camera position. Through these exercises, you will create a race car and driver. Keep in mind that the user interface is different between Operating Systems, so if you're not running the MS Windows version of LeoCAD your screen may differ slightly from what's shown here. Step 1: First, start the LeoCAD application.