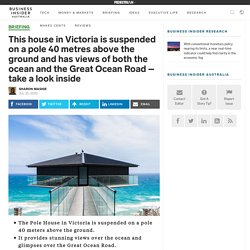 It provides stunning views over the ocean and glimpses over the Great Ocean Road. You can book a stay from $420 a night. Visit Business Insider Australia’s homepage for more stories. First home buyers in NSW will be exempted from stamp duty for 12 months. Here's how it will affect the market. New South Wales will exempt eligible homebuyers from paying stamp duty on purchases under $800,000 from 1 August.Discounted stamp duty meanwhile will be available on properties up to $1 million. 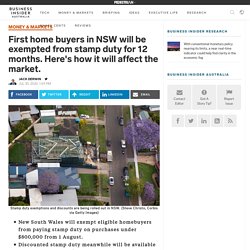 The changes could see surging demand and properties begin to cluster around the $800,000 cutoff price, among other consequences. Visit Business Insider Australia’s homepage for more stories. Australia’s biggest property market is stripping back stamp duty in one of the largest reforms in years. Gauguin paintings at the National Gallery and MFA Boston may be fakes. Fabrice Fourmanoir is out to prove it. Maricopa County, Arizona, Latinos could be decisive in presidential election. ‘Ghost Of Tsushima 2’ Has A Clear Hero In Waiting, A Legendary Woman Samurai. Ferrari Unveils Huge Esports Championship–And You Could Be Its Next Driver. 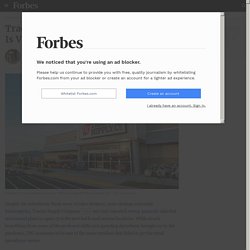 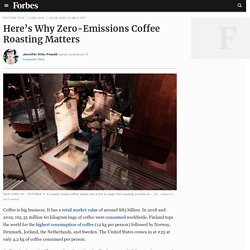 It has a retail market value of around $83 billion. In 2018 and 2019, 165.35 million 60 kilogram bags of coffee were consumed worldwide. Finland tops the world for the highest consumption of coffee (12 kg per person) followed by Norway, Denmark, Iceland, the Netherlands, and Sweden. The United States comes in at #25 at only 4.2 kg of coffee consumed per person. ‘O: The Oprah Magazine’ May End Its Print Edition But Still Dominates. Reports of the demise of the print edition of O: The Oprah Magazine were premature. 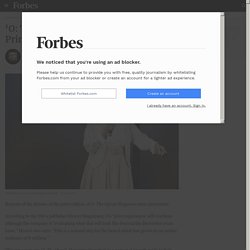 According to the title’s publisher Hearst Magazines, O’s “print expression’ will continue although the company is “evaluating what that will look like beyond the December 2020 issue.” Hearst also says: “This is a natural step for the brand which has grown to an online audience of 8 million.” “Twenty years ago O, The Oprah Magazine launched as a personal growth guide to help women live their best lives, and as we embark on this next chapter, we will lean into moments that are central to the brand’s DNA and deepen the connection with our loyal readers,” said Lucy Kaylin, O’s editor in chief, in a press release.

According to the New York Post, O’s print edition may appear as a quarterly publication, which is the format Gwyneth Paltrow’s Goop magazine used though it only lasted two issues. ‘The Wild’ Doc Efforts To Save Alaskan Sockeye Salmon From Pebble Mine Project. The environment versus industry has been a long-fought battle. 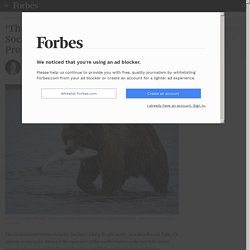 In a decades-old fight, it’s salmon versus gold. Alaska is the epicenter of the conflict between the last fully intact natural salmon run left in the world and the world’s largest precious metals mine. Hacker Gives Away 386 Million Stolen Records On Dark Web—What You Need To Do Now. "I've made enough money now" ShinyHunters said as stolen data is offered for free in a commercial dark web hacker forum. 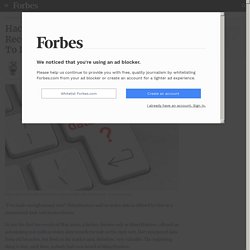 Inews.co.uk: news, politics, opinion and sport from the i newspaper. A world of ideas. No longer the world’s favourite airline - British Airways faces a £183m fine over a data breach. Women Startup Competition. Musk Says ‘Time To Break Up Amazon,’ Fueling Feud with Bezos. Tesla Inc. 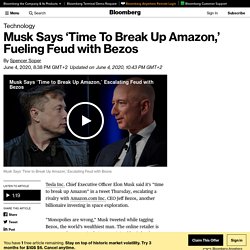 Chief Executive Officer Elon Musk said it’s “time to break up Amazon” in a tweet Thursday, escalating a rivalry with Amazon.com Inc. CEO Jeff Bezos, another billionaire investing in space exploration. Poultry Industry Executives Indicted Over Alleged Price-Fixing Scam. The Justice Department on Wednesday indicted four current and former executives from chicken producers Pilgrim's Pride and Claxton Poultry Farms over allegations of conspiracy to fix prices and rig bids between 2012 and 2017, the first charges in an ongoing antitrust investigation, according to a statement from the agency. 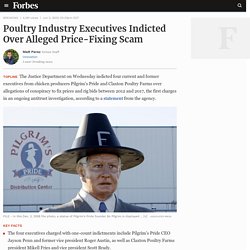 According to the Wall Street Journal, poultry prices rose 11% between 2012 and 2018, then fell 27% between 2019 and February 2020 due to ramped up production and expansion. Big number 17%. Tangent. Meet The Forbes Under 30 Founders Leading The Next Billion-Dollar Startups. Business News.