Top 10 Small and Cute Birds In The World. Share Tweet Email Birds are some of the most amazing type of animals in the world. 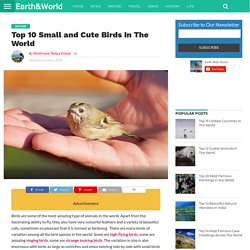 Apart from the fascinating ability to fly, they also have very colourful feathers and a variety of beautiful calls, sometimes so pleasant that it is termed as birdsong. There are many kinds of variation among all the bird species in the world. 1. The bee hummingbird is the smallest bird in the world and is found only in the island country of Cuba. 2. The weebill named after its small beak is one of the smallest cute birds native to Australia. Image Source: Wikimedia 3. Like the weebill, this bird too is native to Australia and is only 8 to 12 centimetres long. 4. Mississauga Pets And Animals News. 10 Fun Games for Kids and Dogs. While most dogs love to fetch sticks and play hide and seek, Lassie was different. 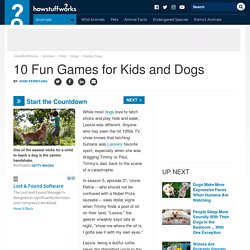 Anyone who has seen the hit 1950s TV show knows that fetching humans was Lassie's favorite sport, especially when she was dragging Timmy or Paul, Timmy's dad, back to the scene of a catastrophe. In season 5, episode 21, Uncle Petrie -- who should not be confused with a Nobel Prize laureate -- sees dollar signs when Timmy finds a pool of oil on their land. "Lassie," the geezer sneakily says late at night, "show me where the oil is. I gotta see it with my own eyes. " Lassie, being a dutiful collie, takes the dimwitted uncle to the pond of oil. Yes, it should, Lassie thinks.

Luckily, making sure your dog has fun doesn't need to be dramatic or dangerous, especially if you have kids. Go to the next page to find out 10 fun games kids and dogs can play together. Surf Coast Shire - Pets and animals. All dogs & cats must be microchipped under State legislation - list of microchip registriesRegister your dog or cat (after 3 months of age)All animals must be kept secured on properties with appropriate fencingThe owner or occupier of any land where animals are kept (other than cats and dogs), must ensure the animals do not trespass on any council land or a road Please be aware that Council Officers will respond to calls in relation to the removal of stray and unauthorised livestock from Council roadways and property. 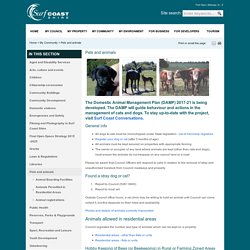 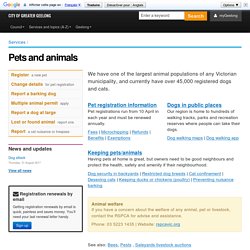 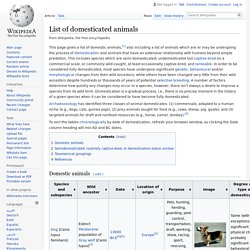 Domestic animals[edit] Semidomesticated, routinely captive-bred, or domestication status unclear[edit] Due to the somewhat unclear outlines of what, precisely, constitutes domestication, there are some species that may or may not be fully domesticated. City of Fremantle. Pets and Animals. Get Informed Know what disasters could affect your area, which could call for an evacuation and when to shelter in place.Keep a NOAA Weather Radio tuned to your local emergency station and monitor TV, radio, and follow mobile alert and mobile warnings about severe weather in your area.Download the FEMA app, receive weather alerts from the National Weather Service for up to five different locations anywhere in the United States. 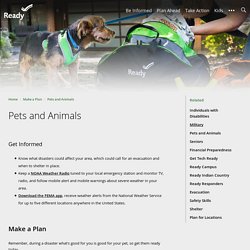 Make a Plan Remember, during a disaster what’s good for you is good for your pet, so get them ready today. If you leave your pets behind, they may be lost, injured – or worse. Never leave a pet chained outdoors. Create a buddy system in case you’re not home. Pets and wildlife - City of Guelph. Winter safety tips Be aware of potential winter hazards for your furry friends. 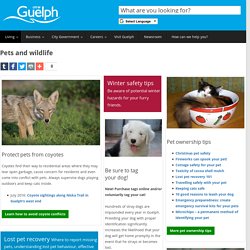 Be sure to tagyour dog! New! Resident Pets and Animals. All animals kept in the Adelaide Hills Council district must be managed in a healthy and considered way. 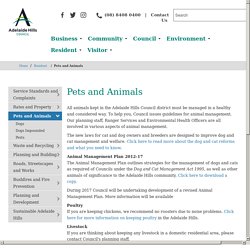 To help you, Council issues guidelines for animal management. 14 Animals on the Brink of Extinction. Queensland Government. 20 of the Cutest Baby Animals Ever. TODAY Pets - Funny Animal Pictures, Cute Animal Videos & Amazing Pets. Jana Kramer mourns loss of her beloved dog Sophie: 'You were my best friend' The actress and country singer mourned the loss of her dog with heartbreaking posts on Instagram. 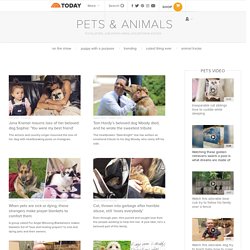 Tom Hardy’s beloved dog Woody died, and he wrote the sweetest tribute The heartbroken "Dark Knight" star has written an emotional tribute to his dog Woody, who rarely left his side. 14 Sweet Animals in Love. 16 Animals With Amazing Hairdos. 22 Animals That Are Good for the Earth. Pets and Animals in your Emergency Preparation and Plans. 19 Facts You Didn’t Know About Groundhogs​ What Is Groundhog Day? 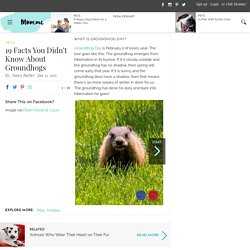 Groundhog Day is February 2 of every year. The lore goes like this: The groundhog emerges from hibernation in its burrow. If it is cloudy outside and the groundhog has no shadow, then spring will come early that year. If it is sunny and the groundhog does have a shadow, then that means there's six more weeks of winter in store for us. The groundhog has done his duty and back into hibernation he goes! Earth Day Facts: Animals That the Earth Needs to Survive. Funny Animal Videos - Funny Pet Videos, Funny Cat Videos, Cute Pets - 15 of the Animal Kingdom's Best Dads. 10 Weird Ways Animals Find a Mate. Getty Images/Flickr Open Swans Swans choose their mate at a young age, when they are only a couple of years old. There is a complex courtship display when swans face each other, and dip and turn their heads or spread and raise their wings.

They also "kiss bills," which forms the famous heart shape with their necks.