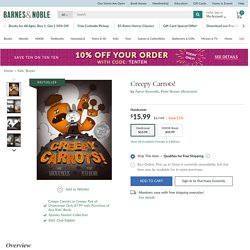 He eats them on the way to school. He eats them going to Little League. He eats them going home. Jasper especially loves the free carrots he can grab from Crackenhopper Field any time he wants. At least he does until those creepy carrots start to follow him around. Reynolds' concise writing keeps up the tension as Jasper gets more and more creeped out by those carrots. A light touch from both author and illustrator guarantee that this story will be fun for readers of all ages without being too scary. Possible Pairings: The Spider and the Fly by Tony DiTerrlizzi, The Monsters' Monster by Patrick McDonnell. The Search, Library Edition (Avatar: The Last Airbender) by Gene Luen Yang, Gurihiru, Hardcover. Gene Luen Yang began making comic books in the fifth grade. 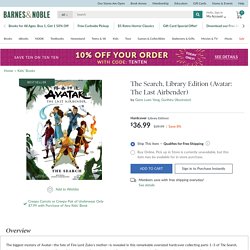 He has since written and drawn a number of titles. His 2006 book, American Born Chinese, was the first graphic novel to be nominated for a National Book Award and the first to win the American Library Association's Michael L. Printz Award. It also won an Eisner Award for Best Graphic Album—New. His 2013 two-volume graphic novel, Boxers & Saints, was nominated for both the National Book Award and the LA Times Book Award. Gurihiru is the team name of the illustration duo of Chifuku Sasaki and Naoko Kawano. Class Act by Jerry Craft, Paperback. "Craft approaches Drew’s—and his devoted friends’—dilemmas with candor and respect. 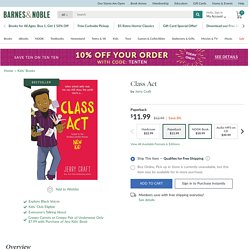 Kids who missed volume one can dive in here and backtrack later; kids already on board will identify episodes and new characters around which they can build hope for a third entry. " Hilarious and heartfelt. Craft adeptly balances poignant questions…with laugh-out-loud moments of adolescence, making Class Act a substantial snapshot of the interior life of boys, especially Black boys who are too often not afforded such attention, love, and care. ★ 10/01/2020Gr 4–8—Picking up where New Kid left off, this sequel finds Jordan starting another riotous, discomfiting year at Riverdale Academy Day School and pondering his future.

For now, he has time to burn alongside best friends Drew and Liam. . ★ 2020-07-28Jordan Banks has returned to the elite Riverdale Academy Day School for eighth grade, and although he still doesn’t smell like an eighth grade boy—much to his dismay—his growth spurt comes in other forms. A Is for Awesome!: 23 Iconic Women Who Changed the World by Eva Chen, Derek Desierto, Board Book. Eva Chen, the author of Juno Valentine and the Magical Shoes and A Is for Awesome, is a first-generation Chinese-American who grew up in New York City. 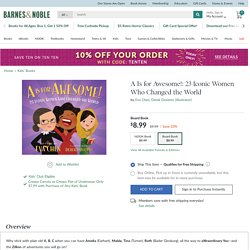 She blames her deviation from pre-med at Johns Hopkins University on a love of fashion and beauty instilled in her by her mother, whose perfect bob and lipstick made a permanent imprint on her impressionable young mind. Previously the editor in chief of Lucky, Eva has also written for ELLE, Vogue,Teen Vogue,Vogue China, the New York Times, and the Wall Street Journal. She is currently the head of fashion partnerships at Instagram, where she is guilty of the occasional duck-face selfie. Eva lives in New York City with her husband and two children. Sherlock Express- Race to Solve the Mystery! by BLUE ORANGE GAMES. Idiom Addict Word Game by The Good Game Company. New Games, Party Games, Family & Classic Games. Kids’ Books to Encourage Acceptance and Inclusion. The Emoji Card Game by Ginger Fox. Kellogg's Pop-Tarts Card Game by FUNKO. The Okay Witch by Emma Steinkellner, Paperback. This graphic novel is meant for a middle grade audience and is about a girl that is just trying to be herself in a town and school of people that just won't accept her. 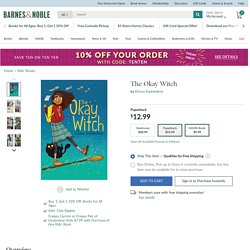 Then she finds out that she is also a witch... how cool is that? Moth is hilarious, she knows herself and she knows her limitations and abilities and is really trying to just survive her life when she finds out that she has so much more potential. The problem is, the town is stuck in the dark-ages and she has to be careful. Moth is a bit stubborn and can get into trouble pretty easily.

This graphic novel’s story was interesting and had a lot of drama points to keep the reader interested. I think that some of this story was a bit weird for me to handle, the blend of reality and fantastical was hard to accept, but the illustration was fun and bright and I think that MG readers will love this character because she is relatable and the world is different and interesting.

E. L. Konigsburg. There Are No Grown-ups: A Midlife Coming-of-Age Story by Pamela Druckerman, Hardcover. 03/26/2018Druckerman (Bringing Up BéBé) tackles the subject of entering her 40s in this amusing essay collection, with all 25 chapters cleverly entitled “How to” (e.g., “How to Be Jung,” “How to Have a Midlife Crisis”). 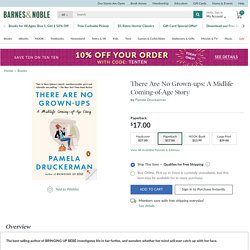 Druckerman claims 40 is when Parisians began calling her madame instead of mademoiselle, and when she realized she could no longer sport a youthful wardrobe (blazers and navy blue are now de rigueur, say French fashion rules). Women Rowing North: Navigating Life's Currents and Flourishing As We Age by Mary Pipher, Paperback. An enlightening look at how women can age joyfully.” 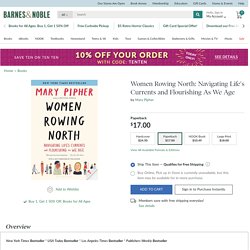 —People“Both practical and inspiring.” —New York Times "Inside the List"“[Pipher's] 'quest for joy and happiness' is sincere, as is her commitment to helping other women achieve theirs. Some readers will treasure the book. All readers will admire her unadorned but wise summation that answered prayers are 'a surcease of worry.'” —Washington Post“Full of first-hand anecdotes, the hopeful book doesn't shield the reader from the realities of aging, but rather delivers thoughtful insight and guidance to help women get more out of their lives and to be happier.

. ★ 07/16/2018Pipher (The Green Boat), best known for challenging the cultural perspective on teenage girls in 1994’s bestselling Reviving Ophelia, brings her professional skill as a cultural anthropologist and her personal experience as a woman transitioning from middle age to old age to a work chock-full of wisdom and consoling messages. Things You Save in a Fire: A Novel by Katherine Center, Paperback. Standard romance, but won't be my last by this author This was my first read by Katherine Center, and it won't be my last. 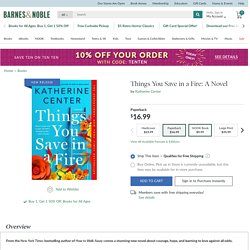 This is a standard romance - instant attraction between two people who believe they shouldn't (or can't) be together for one reason or another. They both have their complicated back stories. Cassie's is that her mother left and "something" horrible happened to her on her 16th birthday. We guess early on what the "something" is, and the combination of the two things is what makes her not believe in love. Cassie reminded me of the character Hernandez from the "Station 19" television series - a woman in a male-dominated field who has to work twice as hard to prove herself.

The thing that knocked it down to 4 stars for me was that when we get to the end and Cassie will admit she's in love, she's portrayed as soft and a little weepy, and I don't think that was necessary. I received an advance copy of this title from NetGalley and St. K-pop Confidential by Stephan Lee, Paperback. In this romantic coming-of-age novel about chasing big dreams, a Korean-American girl travels to Seoul in hopes of debuting in a girl group at the same K-pop company behind the most popular boy band on the planet. 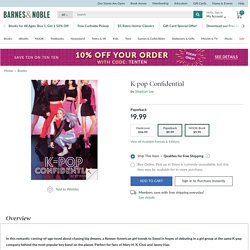 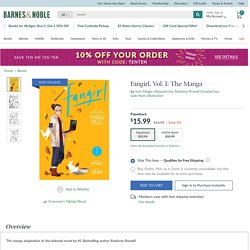 She is the #1 New York Times bestselling author of Carry On, Landline, Attachments and Wayward Son and the writer of Marvel’s Runaways and the graphic novel Pumpkinheads. Sam Maggs is a bestselling author of books, comics and video games. She’s been a senior games writer, including work on Marvel’s Spider-Man; the author of many YA and middle-grade books like The Unstoppable Wasp, Con Quest!

, Tell No Tales and The Fangirl’s Guide to the Galaxy; and a comics writer for beloved titles like Marvel Action: Captain Marvel, My Little Pony and Transformers. Gabi Nam is a South Korean artist who has lived abroad in Japan and France. The Thursday Murder Club: A Novel by Richard Osman, Hardcover. Joyce Well, let's start with Elizabeth, shall we? And see where that gets us? I knew who she was, of course; everybody here knows Elizabeth.

She has one of the three-bedroom flats in Larkin Court. It's the one on the corner, with the decking? Artemis Fowl; The Eternity Code by Eoin Colfer, Paperback. Jackpot by Nic Stone, Paperback. From the author of the New York Times bestseller Dear Martin—which Angie Thomas, the bestselling author of The Hate U Give, called "a must read"—comes a pitch-perfect romance that examines class, privilege, and how a stroke of good luck can change an entire life. Meet Rico: high school senior and afternoon-shift cashier at the Gas 'n' Go, who after school and work races home to take care of her younger brother. Every. Single. Day. When Rico sells a jackpot-winning lotto ticket, she thinks maybe her luck will finally change, but only if she—with some assistance from her popular and wildly rich classmate Zan—can find the ticket holder who hasn't claimed the prize.

Nic Stone, the New York Times bestselling author of Dear Martin and Odd One Out, creates two unforgettable characters in one hard-hitting story about class, money—both too little and too much—and how you make your own luck in the world. Nightbooks by J. A. White, Paperback. Nightbooks blends the fairy tale elements of Hansel and Gretel into a modern story that readers will love. Unlike Disney’s version of fairy tales, Nightbooks keeps the dark elements alive by delving into how a person becomes evil. This action-packed story is full of frightening elements, interesting characters, and several twisty surprises. As Alex, Yasmin, and a cat named Lenore join together to defeat Natasha, readers will cheer as the three try to stay alive and find a way to escape. Use Your LinkedIn Profile to Market Your Company [TEMPLATES]

LinkedIn is more than an online resume. Yes, people who want to hire you will check your LinkedIn profile, but if someone is trying to decide whether or not to hire your company, you can bet they will be checking LinkedIn as well. As a result, your LinkedIn profile is like a mini-landing page for you and your company. If it’s set up right, your profile views will convert into sales.