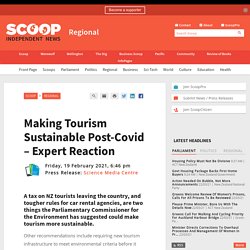 Other recommendations include requiring new tourism infrastructure to meet environmental criteria before it gets funding, and strengthening tools the Department of Conservation can use to address the loss of wildness and natural quiet across our natural attractions. The SMC asked experts to comment on the study. Professor C. Michael Hall, Department of Management, Marketing and Entrepreneurship, University of Canterbury, comments: “The four recommendations of the PCE represent a valuable step on the path to an improved contribution from the tourism sector not only to the sustainability of the industry in New Zealand but to improved sustainability in the country as a whole.

'My Name is Ibrahim Omer' Politics. 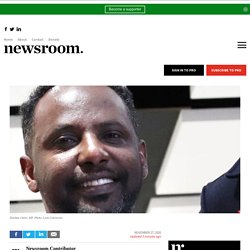 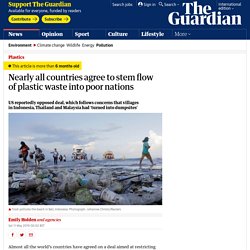 Exporting countries – including the US – now will have to obtain consent from countries receiving contaminated, mixed or unrecyclable plastic waste. Currently, the US and other countries can send lower-quality plastic waste to private entities in developing countries without getting approval from their governments. Since China stopped accepting recycling from the US, activists say they have observed plastic waste piling up in developing countries. Archives New Zealand’s albums. Ending the magical thinking on compostable packaging. Is switching to compostable packaging a solution for New Zealand’s plastic problem? 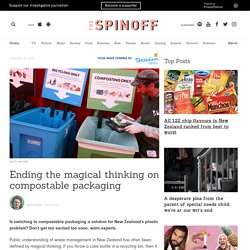 Don’t get too excited too soon, warn experts. Public understanding of waste management in New Zealand has often been defined by magical thinking. The World Counts - Environmental facts and live statistics. Countries and Territories. This is 18 Around the World — Through Girls’ Eyes. 20 June is World Refugee Day. But what do Albert Einstein and Freddy Mercury have to do with it? 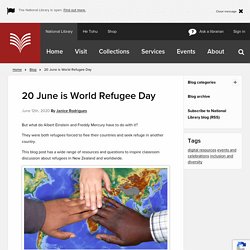 They were both refugees forced to flee their countries and seek refuge in another country. This blog post has a wide range of resources and questions to inspire classroom discussion about refugees in New Zealand and worldwide. World Refugee Day The latest United Nations High Commissioner for Refugees (UNHCR) global trends report shows that 70.8 million people worldwide were displaced by war, conflict, and persecution in 2018. What's shocking is that children make up half this number! 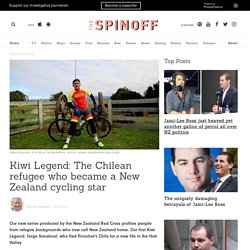 Our first Kiwi Legend: Jorge Sandoval, who fled Pinochet’s Chile for a new life in the Hutt Valley. It’s November 1988 and competitors in the Vuelta Ciclista de Chile (Chilean cycling race) are jostling for a position as they approach finish line for the 11th stage which ended up in the city of Concepción. This is a huge event for the region and massive crowds are waiting for them, along with journalists from all over the globe.

The reality of life on the minimum wage in NZ. Men pee in front of Victoria when she's cleaning the gents. 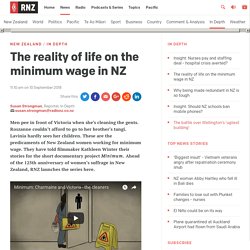 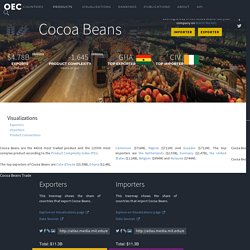 Uncover Hidden Histories with These Four Websites. The rise of digital media is significantly changing how we teach and learn about history. 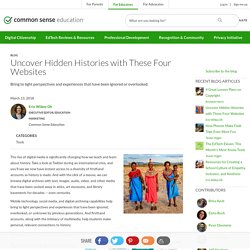 Take a look at Twitter during an international crisis, and you'll see we now have instant access to a diversity of firsthand accounts as history is made. And with the click of a mouse, we can browse digital archives with text, images, audio, video, and other media that have been socked away in attics, art museums, and library basements for decades -- even centuries. Mobile technology, social media, and digital-archiving capabilities help bring to light perspectives and experiences that have been ignored, overlooked, or unknown by previous generations. And firsthand accounts, along with the intimacy of multimedia, help students make personal, relevant connections to history. Give your students a chance to learn about multiple perspectives on historic events with these compelling websites: Facing History and Ourselves.

AnyQuestions. Over time explorers have travelled widely to visit undiscovered parts of the world. 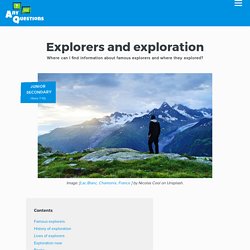 There have been many periods of exploration from the Ancient Greeks and Romans, to the Chinese and Vikings, and the European Age of Exploration. More recently, exploration has extended to include space and the deep sea. Famous explorers. Immigration 'unfair' to use Wikipedia in decision. 15,000 scientists issue catastrophic 'warning to humanity' - NZ Herald. A prophetic "warning to humanity" giving notice of perils facing the Earth has been issued by more than 15,000 scientists from around the world. Climate change, deforestation, loss of access to fresh water, species extinctions and uncontrolled human population growth are all threatening mankind's and the Earth's future. The letter, originally written in 1992 and signed by 1,500 scientists, argued human impacts on the natural world were likely to lead to "vast human misery" and a planet that was 'irretrievably mutilated'. But a quarter of a century since a majority of the world's living Nobel Laureates united to sign a warning letter about the Earth, the global scientific community's view of the future is even more bleak.