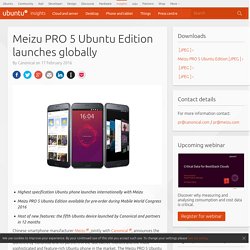 This is the fifth Ubuntu device launched by Canonical and its partners in the last twelve months and the most sophisticated and feature-rich Ubuntu phone in the market. The Meizu PRO 5 Ubuntu Edition will be available for pre-order during MWC on Meizu’s website (price and details to follow on our blog). The Meizu PRO 5 Ubuntu Edition launches as one the highest spec smartphones on the market. This elegantly designed device comes with a Samsung Exynos 7420 Octa-core processor. Bring Kindness back to Open Source. Open Source Assignments for Non-Programming Classes.

I’ve been flirting with the idea of asking students in my Educational Game Design module to make their projects “open source”. 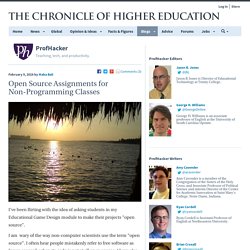 I am wary of the way non-computer scientists use the term “open source”. What Is Public? — The Message. Public is not simply defined. 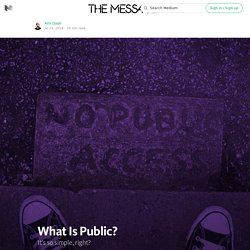 Public is not just what can be viewed by others, but a fragile set of social conventions about what behaviors are acceptable and appropriate. There are people determined to profit from expanding and redefining what’s public, working to treat nearly everything we say or do as a public work they can exploit. They may succeed before we even put up a fight. We are all public defenders. How to Install Remix OS: Android on Your Computer. How to Install Remix OS: Android on Your Computer If you read the reviews on Google's new Pixel C, you'll notice one big complaint about the tablet/laptop—most reviewers feel that Android simply isn't ready to be used as a desktop OS. 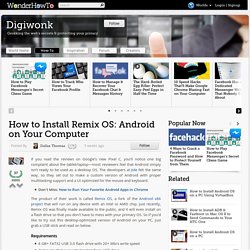 The developers at Jide felt the same way, so they set out to make a custom version of Android with proper multitasking support and a UI optimized for the mouse and keyboard. Don't Miss: How to Run Your Favorite Android Apps in Chrome The product of their work is called Remix OS, a fork of the Android x86 project that will run on any device with an Intel or AMD chip. Edward Snowden's OS of choice gets a major update. Edward Snowden's OS of choice gets a major update. Producing Open Source Software. Whoa. Microsoft Is Using Linux to Run Its Cloud. Microsoft has admitted to something that used to be unthinkable: using Linux to run some of its own operations. 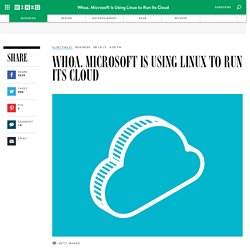 In a blog post on Thursday, Microsoft Azure networking principal architect Kamala Subramaniam explained how the company developed a new software system, dubbed Azure Cloud Switch, for running the networking gear that Microsoft’s cloud service depends on. Microsoft has cozied up to the open source community in recent years. Network switches typically come with their own software baked right into the product.

The problem Microsoft faced, according to Subramaniam, was integrating the software that ships with those switches with the wide variety of software it uses to run its Azure cloud service. So Microsoft had to build its own switch software—and it turned to Linux to do just that. Ubuntu: I Am Because You Are. Since Descartes, Western philosophy has grappled in metaphysical agony with the notion of reunifying the object and the self. 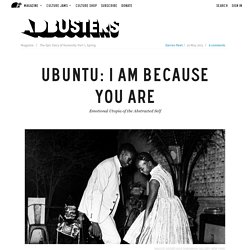 Cartesian dualism, as it has become known — the separation of spirit from body, reason from empiricism, thought from experience — has haunted the obsessive riddle-making of Western thinkers for almost 400 years. Heidegger and Nietzsche tried to smash the dualism into substantive bits, bridging unity out of the mess, but subject and object, you and the world, are still at the polar ends of the philosophical magnet. Android: Best option for Small Scale Businesses. Small businesses that are on the path of growth will need communication options for their staff. 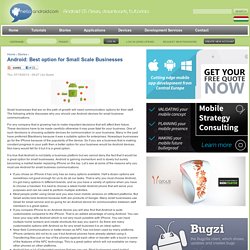 The following article discusses why you should use Android devices for small business communications. Why Open? Glogin?URI= Giving Away Software to Make It More Valuable. Why Not All Free Software Is Free. Grappling With the ‘Culture of Free’ in Napster’s Aftermath. Continue reading the main story Video Once upon a time, a new technology happened along. 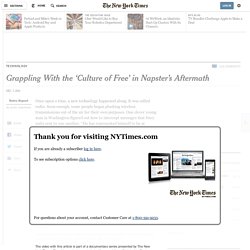 It was called radio. Soon enough, some people began plucking wireless transmissions out of the air for their own purposes. Open Source Is Going Even More Open—Because It Has To. Click to Open Overlay Gallery Google often gives its software away for free. 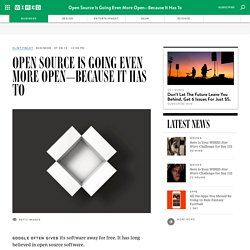 It has long believed in open source software. But last week, the company took this idea to the next level. It gave away all rights to Kubernetes, a cloud computing system originally designed by Google engineers, asking a non-profit to manage its development. Ubuntu: I Am Because You Are. Why Ubuntu’s creator still invests his fortune in an unprofitable company. When Mark Shuttleworth founded Canonical in 2004, he made a promise to his staff: "You can count on me for two years. 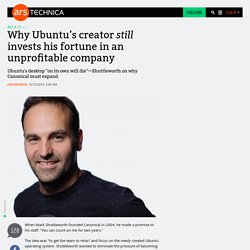 " The idea was "to get the team to relax" and focus on the newly created Ubuntu operating system. Shuttleworth wanted to eliminate the pressure of becoming a blockbuster business overnight. He issued no ultimatums. And although Shuttleworth wanted Canonical to be self-sustaining, he didn't threaten to abandon Ubuntu if it lost money. "When we started, I told the team two years," he recently told Ars. Webinar: What is a Worker Self-Directed Nonprofit? - Sustainable Economies Law Center. Question: What do you get when you cross a worker cooperative with a 501(c)(3) nonprofit? Answer: A worker self-directed nonprofit! The inefficiencies of conventional nonprofit organizations have been the subject of many jokes, and even an entire blog depicting such dysfunction through animated gifs. It’s time to question conventional nonprofit management practices and strive toward innovation.

The Sustainable Economies Law Center has put a great deal of thought into structuring as a worker self-directed nonprofit, and we are excited to share our model with others, gather feedback, and learn about how other nonprofit organizations are implementing workplace democracy. In mission-driven organizations, it is often the workers who are best positioned to sense the needs of the organization, its constituents, and the community.

Presented by staff of the Sustainable Economies Law Center, including Janelle Orsi and Chris Tittle. Please register for "What is a Worker Self-Directed Nonprofit? The power of free. Ali Abdullah is the CEO and Founder of Claim It! , an app where thousands of locals win sneakers, handbags, snacks, tickets & gift cards every week. Two of the most powerful words in the English language are “free” and “sex”. iFixit sur Twitter : "You gotta fight for your right to fix your phone. Log In. Amazon, Google, Microsoft, Netflix form Alliance for Open Media - Business Insider. Open Source Is Going Even More Open—Because It Has To.

The power of free. 'Free is a Lie': Watch This Video Now. Aral Balkan taps into our inner fears and asks uncomfortable questions. Probably everyone would be opposed to mailman going through our mail. So why don’t we mind that Google looks through our email? We’ve just added Balkan’s talk at last year’s TNW Europe Conference to our TNW Video site and you can watch it right now for free. Balkan, founder of Ind.ie, discusses how companies like Google and Facebook promise us free services in exchange for the right to watch and study us; to mine and farm us. Why Not All Free Software Is Free. A University for the Web. Built by an open community.