An innovative way to learn english. British Culture with an American Accent. AJ+ - This 11-year-old girl from Zimbabwe is a rising... Learn the Top 25 Must-Know English Phrases! Tour the States - Official Music Video. Easter - Holidays. The exact origins of this religious feast day’s name are unknown. 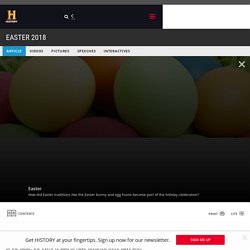 Some sources claim the word Easter is derived from Eostre, a Teutonic goddess of spring and fertility. Other accounts trace Easter to the Latin term hebdomada alba, or white week, an ancient reference to Easter week and the white clothing donned by people who were baptized during that time. Through a translation error, the term later appeared as esostarum in Old High German, which eventually became Easter in English.

In Spanish, Easter is known as Pascua; in French, Paques. These words are derived from the Greek and Latin Pascha or Pasch, for Passover. Easter is really an entire season of the Christian church year, as opposed to a single-day observance. In addition to Easter’s religious significance, it also has a commercial side, as evidenced by the mounds of jelly beans and marshmallow chicks that appear in stores each spring. History - Videos, TV Schedule & Watch Full Episodes. History For Kids. Upload FiveMinded Fiveminded Loading... 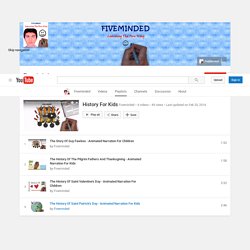 Working... ► Play all. The Superhero Mythology: The Creation of a Culture. Black music : Des chaînes de fer aux chaînes en or. L'histgeobox. Last Week Tonight With John Oliver- Hollywood White Washing (2/22/16) Undocumented Students Weather The Deportation Storm - Newsy. Alexander Graham Bell - Inventions. Bell owes his immortality to his having been the first to design and patent a practical device for transmitting the human voice by means of an electric current. 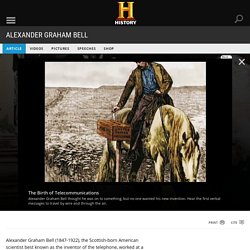 But Bell always described himself simply as a “teacher of the deaf,” and his contributions in that field were of the first order. Bell, who was born in Edinburgh, Scotland, was educated there and at the University of London. He also studied under his grandfather, Alexander Bell, a noted speech teacher. He taught elocution, assisted his father, also a speech teacher and noted phonetician, and taught at a school for the deaf in England, using his father’s methods. In 1870, Bell immigrated with his parents to Canada. Two years later he established a school for the deaf in Boston, Massachusetts, and the following year became a professor in speech and vocal physiology at Boston University. In 1874 the essential idea of the telephone formed in his mind. He died in 1922 at his summer home on Cape Breton Island, Nova Scotia. 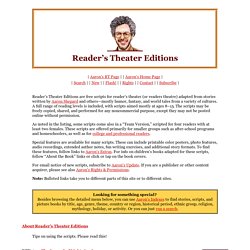 A full range of reading levels is included, with scripts aimed mostly at ages 8–15. The scripts may be freely copied, shared, and performed for any noncommercial purpose, except they may not be posted online without permission. As noted in the listing, some scripts come also in a “Team Version,” scripted for four readers with at least two females. These scripts are offered primarily for smaller groups such as after-school programs and homeschoolers, as well as for college and professional readers. 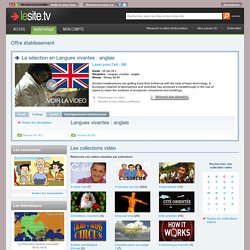