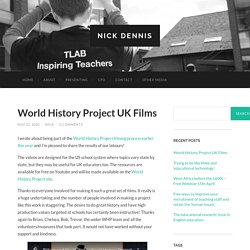 The videos are designed for the US school system where topics vary state by state, but they may be useful for UK educators too. The resources are available for free on Youtube and will be made available on the World History Project site. Thanks to everyone involved for making it such a great set of films. It really is a huge undertaking and the number of people involved in making a project like this work is staggering. Teaching History with 100 Objects. British Empire is still being whitewashed by the school curriculum – historian on why this must change. Jeremy Corbyn has recently proposed that British school children should be taught about the history of the realities of British imperialism and colonialism. 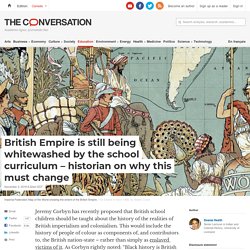 This would include the history of people of colour as components of, and contributors to, the British nation-state – rather than simply as enslaved victims of it. As Corbyn rightly noted: “Black history is British history” – and hence its study should be part of the national curriculum, not segregated in a single month each year. This is a welcome proposal because, as an academic who teaches modules on South Asian, imperial, colonial and global history, I face an uphill struggle at the start of each new academic year. What Impact did they Have in Britain. Edmund, King of East Anglia, was buried at the place now known as Bury St Edmunds. 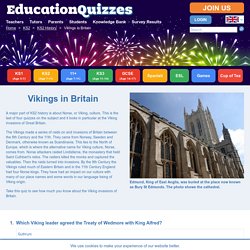 The photo shows the cathedral. A major part of KS2 history is about Norse, or Viking, culture. This is the last of four quizzes on the subject and it looks in particular at the Viking invasions of Great Britain. The Vikings made a series of raids on and invasions of Britain between the 8th Century and the 11th. They came from Norway, Sweden and Denmark, otherwise known as Scandinavia. 'Rosa' Vs Reality: Did Doctor Who Get It Right? - Blogtor Who. Series 11’s first historical story saw the Doctor and her new friends arrive in Montgomery, 1955, on the eve of one of the most significant civil rights events in history. 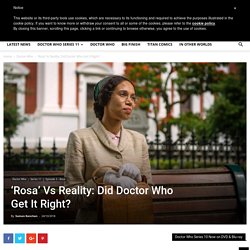 Rosa saw the TARDIS crew strive to ensure history was preserved – but how accurately did Doctor Who depict that history in the first place? Blogtor Who has set out to see just how close the events of Rosa are to true life. Needless to say, there are spoilers galore ahead for Rosa. If you haven’t already seen the episode, make sure you catch up – it’s available on BBC iPlayer or other on-demand services – before continuing! James Blake And 1943 In Rosa: In the opening scene, we see an altercation between Rosa Parks (Vinette Robinson) and bus driver James Blake (Trevor White) set in 1943.

Twelve years later, Blake is the driver of the bus that Rosa catches on 1st December 1955, when he orders her to move seats for a white passenger. “I wasn’t trying to do anything to that Parks woman except do my job. Emmett Till. Home - Living History Hub. Knowledge organiser Romans Anglo Saxons and Vikings. History Progress and Target Sheet (2014 national curriculum) Astounding Animation Features The Center Of Ancient Rome In 320 AD. » Rainbow Theatre for Schools. Rainbow Theatre South has been working continually now for over thirty years, building up a unique relationship with schools and adult audiences. 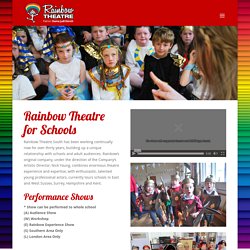 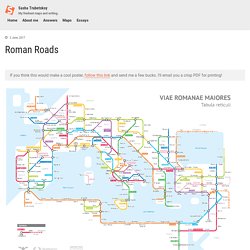 I’ll email you a crisp PDF for printing! It’s finally done. A subway-style diagram of the major Roman roads, based on the Empire of ca. 125 AD. Creating this required far more research than I had expected—there is not a single consistent source that was particularly good for this. Huge shoutout to: Stanford’s ORBIS model, The Pelagios Project, and the Antonine Itinerary (found a full PDF online but lost the url). The lines are a combination of actual, named roads (like the Via Appia or Via Militaris) as well as roads that do not have a known historic name (in which case I creatively invented some names). How long would it actually take to travel this network? However, no sane Roman would use only roads where sea travel is available.

Creative liberties taken The biggest creative element was choosing which roads and cities to include, and which to exclude. The Via Latina I combined with the Via Popilia. Teaching History with 100 Objects - Carved stone ball from Skara Brae. ObjectChallengeCards. Chronology Of Prehistory. The 2014 NC includes prehistory, a period which may not be familiar to teachers. 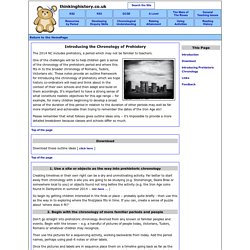